Google I/O Liveblog Day 2 -- how could it possibly be better than this? 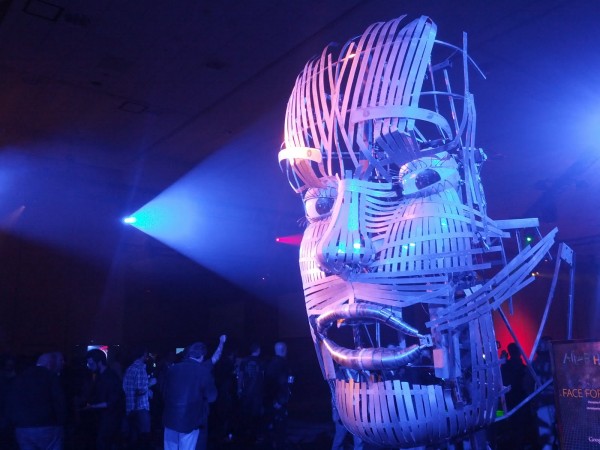 I've covered lots of events over the years, but few as exciting as Google I/O 2012. Seriously, the cloud computing giant innovates in ways that, well, people attribute to Apple. There's a very aspirational quality about presentations so far, right down to the hard-knuckle coding sessions. You can feel a real sense of empowerment in the air -- that somehow these developers, and the customers they create products for, will have better lives for participating in this ecosystem.

Like yesterday, I will liveblog the keynote, which begins at 10 am PDT (1 pm Eastern Time) and post in reverse chronological order, meaning the newest stuff will be one top. But it's hard to imagine how Google could out-do yesterday's stunning presentation. Still, there is much ground to cover -- Chrome, Chrome OS, Google TV and the rumored Amazon Web Services-like platform, to name a few. There are still two days of sessions yet. Check back and refesh often.

11:24 am. Brin moves around the roof, while bikers roam round. Now someone scales down the building.

10:26 am. Brin says he hopes Glass will lead to something important. And that's a wrap. Keynote ends!

11:10 am. Google cofounder Sergey Brin is back. He's on the Moscone Center roof with Glass. There are jumpers above in an "airship". They're participating with their Glasses in a Google+ Hangout. Brin jokes that it's tough for them to remain in the Hangout because of the "challenging" wireless environment. 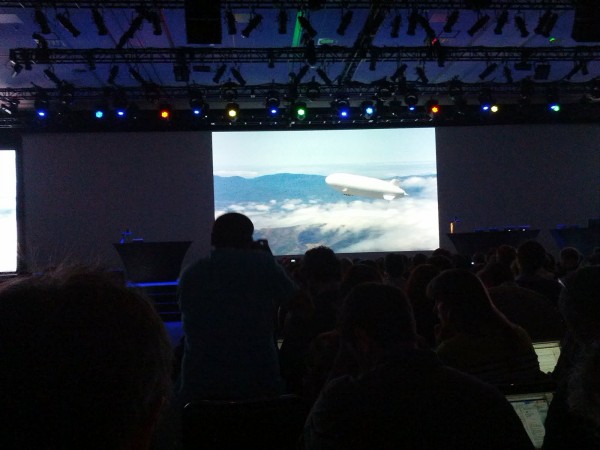 11:08 am. Google I/O developers will receive a Chromebox. What? No Chromebook?

11:01 am. Now it's Circus Olay -- in a browser. Wow. All demoed on Chromebook. Google really is doing what Netscape envisioned in the 1990s and Microsoft moved to prevent it: Browser as development platform, no Windows required.

10:56 am. Pichai demonstrates a game, full screen, running in Chrome on Chromebox.

10:55 am. Pichai returns to talk about games, in Chrome. One objective: Games are so intensive, if you can do games your platform can handle just about anything, he says.

10:46 am. Hölzle announces Google Compute Engine, which he describes as "infrastructure as a service" -- Linux virtual machines running on Google servers.

10:44 am. Urs Hölzle, one of Google's first 10 employees, talks about servers and app engine.

10:42 am. Chromebook is available starting today in 100 Best Buy stores and more retail outlets coming for the holidays.

10:35 am. New today: Offline editing for Google Docs. Crap, now I'll have to work on the plane flight home.

10:33 am. Wow, there's a demo of Google docs changes syncing across devices in real time. Again, I say! Sync is the killer app for cloud-connected devices.

10:22 am. Chrome will be available later today for iPhone and iPad. Sync and other features will be there. This is huge Google cloud services invasion onto the iOS and iCloud ecosystem.

10:19 am. I've said for years that synchronization is the killer app for the connected era. There's Chrome sync demo going on now -- across devices.

10:13 am. "Chrome is the most popular browser in the world, globally", Pichai claims.

10:10 am, Sundar Pichai,senior vice president of Chrome and Chrome apps, says that for many people in the world the smartphone is the main way for accessing the web, "We're in the middle of a revolution". 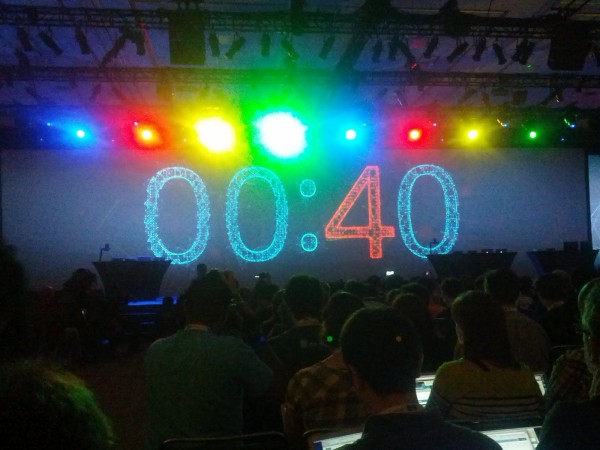 9:55 am. We're in the keynote hall, finally. Music charges the atmosphere. 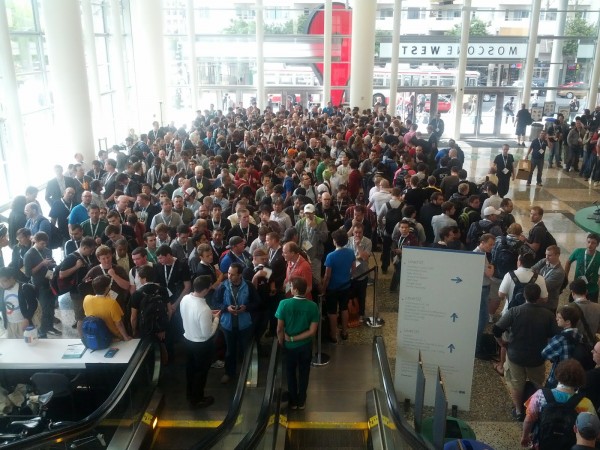 8:28 am. This is not a Windows crowd. I see more Mac laptops and iPads than anything, although there are lots more Nexus 7 tablets today.

8 Responses to Google I/O Liveblog Day 2 -- how could it possibly be better than this?