I declare independence from Apple 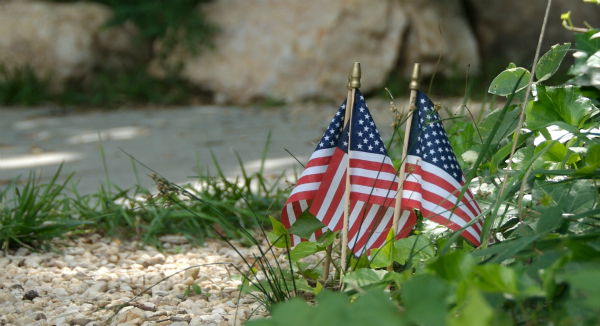 Since December 1998, when on impulse I bought the original iMac from CompUSA, I've used Apple gear. No longer. Late yesterday, I replaced the last fruit-logo with another, fulfilling my pledge nearly a month ago to boycott Apple. I wanted to declare independence sooner, but with so much news to write about in June and Google I/O last week, researching and replacing the AirPort base station was too much trouble. But it's offline now -- and, along with Apple TV, going on Craigslist today.

Circumstances since choosing to boycott make me all the more adamant. Last week, US District Judge Lucy Koh issued two preliminary injunctions against Samsung devices -- Galaxy Tab 10.1 and Galaxy Nexus. Yesterday she denied Samsung's request to stay the ban pending appeal. Anticipating Nexus' similar fate, Google swiftly responded by pulling the phone from its online store and dispatching an update to existing phones. I chose to boycott being so angry by Apple's aggressive patent bullying that thwarts competition and takes away consumer choice. Today, I celebrate America's independence anniversary by gaining freedom from Apple.

Rotten to the Core

Sadly, in 2012, Apple is the company I always worried it would be. A decade ago, some of us journalists occasionally debated question: What if Apple was as big and powerful as Microsoft? Wouldn't we all be better off? I usually heard that question answered "Yes" -- that Apple would never be as aggressive or anticompetitive as Microsoft was during its PC supremacy in the late 1980s throughout the 1990s. I always answered "No".

The problem: As a corporate culture, Apple seeks to control everything in its supply chain and is secretive about everything else. I saw Apple as being a harsh dictator if ever growing to dominate any part of the tech industry. That's proved to be the case, but much, much more severely than I ever expected, now that Apple is the giant. Apple exercises tremendous sway over component supply chains and uses vague software process patents to block competing -- and better -- products from distribution.

The image of do-gooding, trendy Apple is inconsistent with its gruff bullying alter-ego. Apple is Dr. Jekyll and Mr. Hyde, and more and more monster than inventor.

I'm an American, child of capitalism and believer in free markets being free and competitive. Apple wants to limit competition to terms it applies and choose the features in other company's products. Apple demanded the California court find Samsung in violation of 11 patents, later reduced to two but only one applied to the injunction. What irony, too. Google is master of search, but application of Apple's patent limits it -- dictates core functionality. Google's Galaxy Nexus update removes universal search from Ice Cream Sandwich, which also is gone from Jelly Bean. Yeah, I'm living that future now, and cursing Apple because of it.

Search is a necessary utility. No patent should be able to limit it on anything. That Apple can shows what's wrong with the US patent system and how far the company will go to check competitors -- not with innovation but litigation.

This morning, I sold my ASUS Transformer Pad 300, since Google's Nexus 7 (also made by ASUS) is good enough for my needs. The buyer and I discussed Apple's patent litigation against Android licensees. He says Apple lawsuits forced Android changes that have "lowered the IQ by 30 points". A phone without universal search isn't a smartphone. It's a dumb phone, he says.

Apple did, and still does, create a good user experience, and community around it. But I've never really regarded Apple as being the great innovator so many of the apologists do. Everyone copies. Everybody imitates. It's innate human nature. Youngsters learn to walk and talk by imitating adults. Likewise people learn social mores and fit into larger groups through imitation. So on and so on. Apple copies, as all companies do. There's nothing wrong with this process. It's natural. It's in our DNA. Yet the fanboys cling to some fantasy that only Apple innovates and must protect its so-called innovations by any means. Funny: Apple targets competitors.

"Star Trek" creator Gene Roddenberry should have a serious talk with Apple cofounder Steve Jobs in the afterlife about who came up with concepts like utilitarian slates or computers that respond with feminine voices, among others. Who's copying whom?

Exactly what is innovative about search, which use on computing devices long predates Apple's patent, or slide to lock. The latter mechanism has been used to secure doors for centuries. Apple didn't invent the concept, just applied it differently. Of course, the company deserves credit for the new application but not the concept or process. That applies to other companies, not just Apple.

Microsoft has the better way, by the way. The company prefers to cross-license patents rather than sue. Microsoft uses patents to spread and share innovation -- to empower it by removing the threat of litigation for all parties. Apple is the clubber on the ice pack, beating down product conceptions like baby seals. Neither reaches maturity.

In nature, crops or animals that overwhelm an ecosystem destroy competition and endanger all life there. Why do we allow Apple to behave similarly. Both are unnatural.

Strangely, Apple abdication sends me to Google. If asked in early 2011 if such a circumstance was possible, I'd laugh. But since starting my personal boycott I:

Any Apple services are mostly Google ones now. I'm done with iTunes, and can't use it on Chromebook anyway. I uploaded about 12,000 tracks to Google Music last year, so I'm covered there. Streaming is surprisingly good and really rocks on Nexus Q connected to our Circa-2008 Vizio TV.

The NetGear router is newest purchase and done so in a rush. It's the kind of product I would typically get from Amazon, but I rushed to Best Buy last night so my independence could coincide with July 4th; it's a symbolic gesture and nothing more. The router wasn't cheap -- 200 bucks -- but with WiFi 802.11ac support struck me as investment protection, and I liked there is an Android app for using the device.

I had planned to buy a Linksys router, but Cisco shenanigans compelling users to sign up for Cloud Connect accounts put me off. I'm glad, because the NetGear router easily set up, using a browser, which is what I needed for Chromebook, rather than some required software app.

The router is my next-to-last act. Once the AirPort Extreme and Apple TV are sold, there will be nothing left.

Some commenters have complained that if I've boycotted Apple, why do I keep writing about it. Hey, that's my job. However, I typically write more about companies which products are actually used, so expect me to pass more Apple writing to colleagues -- particularly after OS X Mountain Lion, iOS 6 or iPhone 5 release. I'll still write some analysis and spot news, because that's my job. Meanwhile, expect more stories about Google, which surely some of you will insist is changing slave masters. Shame on you.

466 Responses to I declare independence from Apple