HTC One S, X and XL will get Jelly Bean, but when is anyone's guess 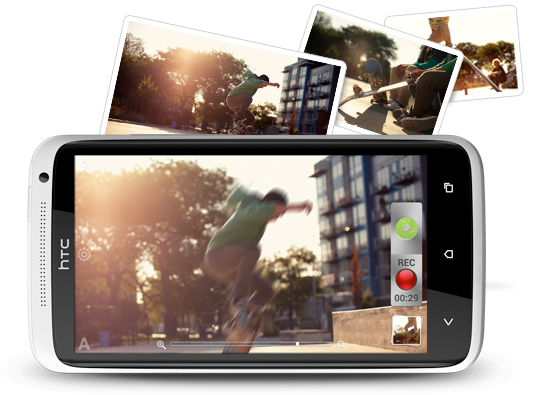 Have you ever wanted the latest and greatest but you couldn’t get it? That is the ongoing problem for Android phone users. Google announces the new version and they wait. And wait and wait. Android 4.1 Jelly Bean released last week, leaving many people like you asking: Will I get it? If so, when?

HTC has an answer to the first question, but not the second -- that is for One series owners.

The company says it will update One S, One X and One XL to Jelly Bean. Why shouldn’t you want the latest and greatest? But you have to wait, because HTC isn't saying when. As usual, the “please stay tuned” expression disappoints and is sadly typical behavior of a major Android phone manufacturer. Sure, Jelly Bean is new, but Galaxy Nexus has it already. Why shouldn't HTC bless owners of its hot One series smartphones with goodness?

"We know HTC fans are excited to get their hands on Google’s latest version of Android", the phone maker says in a statement given to BetaNews. "At this point in time, we can confirm that we have plans to upgrade our HTC One X, HTC One XL and HTC One S to Jelly Bean. Please stay tuned for more updates regarding device upgrades, timing and other details about HTC and Jelly Bean".

Australian carrier Telstra updated its “Smartphone software updates” page on July 18, adding the HTC One XL and One S to the Android 4.1 Jelly Bean update list, confirming but nothing more: “HTC is preparing an update but is yet to confirm the date it will be submitted for Telstra testing”. But like the smartphone manufacturer announced, there’s no expected delivery date set just yet.

Android 4.1 Jelly Bean comes with quite a few new and great features like “Project Butter”, making for a more fluent, responsive interface, something that even Android 4.0 Ice Cream Sandwich didn’t quite manage to perfect. There’s also Google Voice Search, which kicks Siri’s ass. Jelly Bean is set to make Android even better and should be normal for smartphone manufacturers to announce the update. It’s the best after all, isn’t it?

HTC’s financial situation isn’t the best possible, that despite the newly announced and very popular (well, among Android users), One series and EVO 4G LTE smartphones. HTC CEO Peter Chou says that the company's smartphones will revolve around build quality and a premium experience; they are making an effort to deliver a better overall experience and through Jelly Bean updates they want to make sure their claims stand.

HTC is rumored to be developing its own voice assistant, so the news announcing the Jelly Bean update is rather unexpected. Maybe they’ve changed strategies and want to adopt the default voice assistant or maybe their attempt is just as good as Samsung S Voice on the Galaxy SIII. S Voice is a similar program to Google Voice Search, except the latter actually works as intended, so Samsung is at a wedge by having duplicate functionality; therefore they have to choose. Is this the reason for them not whispering even a word about Jelly Bean?

Sony has barely released the Ice Cream Sandwich update to the flagship Xperia S, so it’s unlikely for them to announce an update to Jelly Bean considering not even a month has passed since the last major update.

Android late updates remain a major issue that has plagued the Google operating system right from the start. Google announced Jelly Bean three weeks ago and updated its flagship smartphone, the Galaxy Nexus. What are the rest of the smartphone manufacturers doing? Their silence is deafening.

One Response to HTC One S, X and XL will get Jelly Bean, but when is anyone's guess