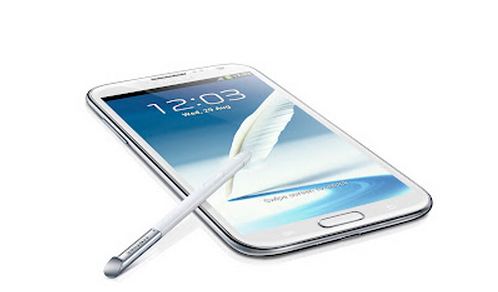 If you loved the original Galaxy Note, you're going to love this even more -- Samsung's new Galaxy Note II, which was announced at IFA in Germany today. It is packing even more processing power than the mighty Samsung Galaxy S III and it brings some beans along with it...

The Samsung Galaxy Note II will ship with Android 4.1 Jelly Bean and Samsung's TouchWiz UX out of the box. A 5.5-inch 720p Super AMOLED display sporting a 1280x720 resolution dominates the front of the new smartphone. It is packing a 1.6 GHz quad-core processor and 2GB of RAM. It comes with a 1.9 megapixel front-facing camera while on the back there is an 8 megapixel camera with LED flash. Bluetooth 4.0, USB 2.0, Wi-Fi 802.11 a/b/g/n, Wi-Fi Direct, MHL and NFC take care of connectivity with A-GPS and Glonass support added as well. The usual array of sensors including an accelerometer and digital compass are included along with a 3,100mAh battery that powers the device. It comes in 16/32/64GB versions while a microSD card slot will accommodate up to 64GB of additional storage.

One of the most noteworthy features of the new Galaxy Note II is that 4G LTE support is no longer tied to a dual-core processor like the U.S. Galaxy S III. Instead, it follows the model of the Korean Galaxy S III that comes with LTE and an Exynos quad-core CPU; this will undoubtedly be good news for Galaxy Note fans in LTE markets. 4G LTE comes with 42 Mbps downlink and 5.76 Mbps uplink while the HSPA+ version will have to make due with speeds that are only half of that.

The S-Pen makes an appearance again along with the optimized features like S Planner and S Pen Keeper (which is really just a pompous way to name its stylus holder). Galaxy S III features make an appearance as well with the likes of the Smart Stay, S Beam and Direct Call, but thankfully Samsung has ditched S Voice and instead relies on Google Now to take care of voice commands. 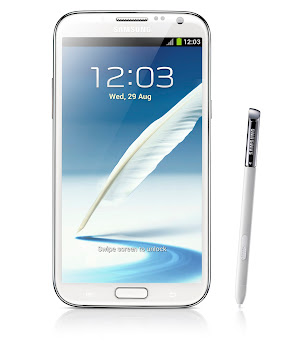 The Galaxy Note II comes with a bigger display than its older brother that will unlikely be of any concern since at 151.1x80.5x9.4mm and 180 grams it's similar in dimensions and weight to the older model. But that's as far as the comparisons go, because the new processor is faster, it packs double the RAM, and it comes with Android 4.1 Jelly Bean that is already fast on the Galaxy Nexus. Even if I don't seem like a fan, I am duly impressed by the Samsung Galaxy Note II.