Will you buy iPhone 5? 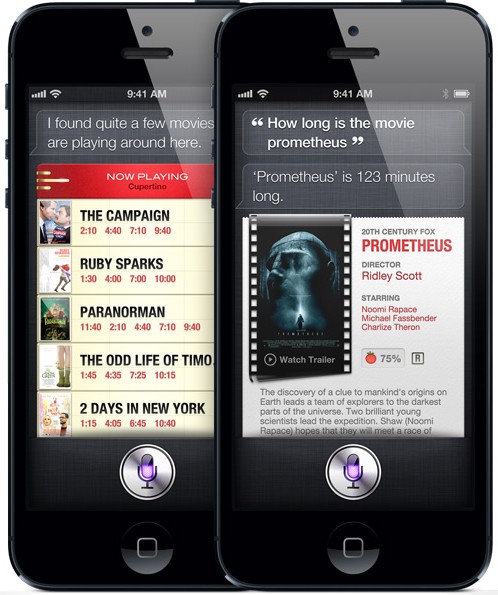 Thanks to Tim Conneally's quips, I feel obliged to write this story today. But he knew I would ask: Will you buy iPhone 5? As usual, I've got a buying poll for you and opportunity to explain in comments why iPhone 5 is or is not just right for you or any member of the family (including cute Cubby kitty). As always, fanboys beating one another senseless isn't discouraged. There's nothing quite like Android-iPhone cat fights. So rake the claws, commenters.

If your immediate answer to the question is "Yes!", slow down, put your brain in low gear and think for a moment. You must understand the implications of that decision, particularly if you bought doodads for earlier models.

Prices are unchanged from previous models, and Apple didn't increase storage capacities or provide SD-card slots to add more: 16GB ($199); 32GB ($299); and 64GB ($399) -- that's under carrier contract, which in the United States from AT&T, Sprint or Verizon is two-year commitment, assuming you qualify for the subsidy.

Apple will discontinue the 3GS and make iPhone 4 the freebee model, also lowering iPhone 4S price to $99. Remember, the discounted models are not the same as those available now. Apple typically only offers 8GB storage, which is what you should expect when iPhone 4 and 4S go cheap.

Both the older models remain good values, considering how few new compelling features there are in iPhone 5. Much of that value comes from iOS 6, which releases on September 19. Craigslist and eBay should fill up with older iPhones pretty fast and provide larger-capacity older models for anyone wanting them.

While prepping today's liveblog, Tim quipped: "The iPhone 5 is purported to have a new proprietary dock connector which will render all previous docks, chargers, and accessories obsolete, but keep the royalty stream flowing without interruption. We expect Apple to present some sexy reason for the swap that avoids the mention of dump truckloads of cash". That's exactly it.

iPhone 5 has a new dock connector and, unless you score some future adapter, isn't compatible with existing peripherals. Everything from the car charger to that fancy Bose SoundDock or competing model you recently bought. Really consider what this means if you've got beau coup bucks invested in iPhone peripherals -- or if you have other Apple stuff, since the connectors among devices are now incompatible, too. That's right, your iPad.

For anyone now owning or soon buying iPhone 4 or 4S, expect some good deals coming on old-connector gear. That's another reason to stay clear of iPhone 5. Do plan on spending even more, if you don't.

I call out the connector because Apple suddenly gives existing customers cause to switch. If, say, you've got 500 bucks invested in iPhone gear, competing handsets are less attractive. But if Apple connector changes demand reinvesting in new peripherals, there's good reason to look at all the options. Or even skip this upgrade opportunity and keep the existing iPhone longer.

So for what reasons should you consider iPhone 5? Not many, but there are a few.

4G LTE. Apple is so late to fast data, it's laughable. But for anyone holding out for real 4G, iPhone 5 has got it. LTE really removes a reason not to buy iPhone. So go get it.

Appearance. iPhone 5 is pretty, and Apple goes way over the top telling you why: "Never before has this degree of fit and finish been applied to a phone...Look at iPhone 5 and you can’t help but notice the exquisite chamfer surrounding the display. A crystalline diamond cuts this beveled edge. It’s what gives iPhone 5 its distinctive lines. Fitting for a phone so brilliant".

Dual-band Wi-Fi. It's faster, so Apple claims, and many other smartphones already offer the capability. Say, isn't my Galaxy Nexus one of them?

AppleCare+, which you can buy for iPhone 4S, too. Give Apple 99 bucks, and the company will replace your busted phone for another $49. It's a huge value, and probably a big money maker for Apple.

It's worth comparing iPhone 5 to the 4S and some Androids before making that big purchase decision:

Will you buy? I wouldn't, even if I wasn't boycotting Apple. By all important measures, iPhone 5 plays catch-up to a wide assortment of Androids.

Wayne Williams asks the right question: "Hey, Apple, where's the innovation?" He writes: "I can’t be alone in wanting to see something more daring and diverse come out of the Cupertino, Calif. corporation. A little invention to go with all this iteration...Really? Is this all you’ve got for us these days Apple? Larger and smaller variants of the same products?"

Do you agree? Is iPhone 5 right for you? If buying, will you move up from another model?

Please take the poll above and/or answer in comments below.

64 Responses to Will you buy iPhone 5?