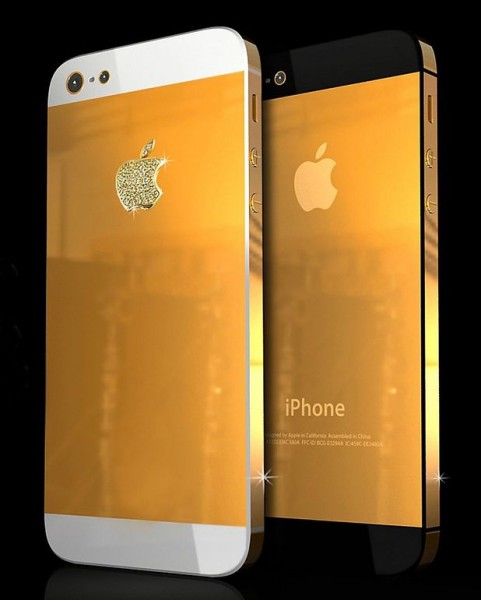 The way some people covet the new iPhone 5 you’d think it was made out of solid gold rather than glass and aluminum. Of course if it was available in that precious metal you’d have to pay quite a bit more than $399 for a 64GB model. Somewhere in the region of $35,411, in fact.

If you’re wondering how I arrived at that figure, the answer is that’s how much British designer Stuart sells his limited edition 18ct gold iPhone 5s for. Yes, that’s right -- targeting the "more money than sense" market, Stuart has decided to create a new solid gold chassis for the phone, hand-finishing it, and adding an apple logo made out of 53 diamonds (amounting to 1ct) for good measure.

If that seems a bit pricey, you probably haven’t shopped with Stuart Hughes before. His iPhone 4S Elite Gold handset retails for (hold on to your wallets) just under $10 million, and his solid Gold iPad SUPREME Edition is a bargain at just $210,000 (apps not included).

The one downside of making a phone out of 18ct gold is you end up with a device that’s even more of a scratch and dent magnet than the standard aluminum case, which is saying something. But if you’re the sort of person who thinks $35,411 is a fair price to pay for a phone, you’re probably not going to be too worried about such a trifling detail.