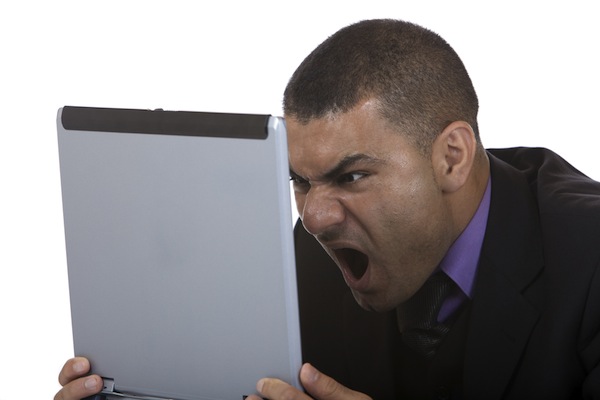 What was Microsoft thinking? The software giant initiated a campaign on Twitter, dubbed #DroidRage, inviting Android users to share their "malware horror stories", only to have it backfire spectacularly shortly afterwards. A huge number of anti-Microsoft posts with the #WindowsRage hashtag appeared on Twitter and Google+, almost immediately.

The problem with the campaign, apart from the less-than-brilliant concept, is the timing. Criticism of Microsoft’s more recent products, such as Windows 8, Surface and Windows Phone 8, should have caused the company to lay low for a while. Instead, the firm unwittingly gave frustrated users of its new products a unified hashtag to rally behind.

General feedback on Surface so far is a mixed bag, but not overly negative that it would warrant a public apology like Apple’s response to the criticism of its Maps app. The tablet received a heavy dose of free publicity through numerous reviews and iPad comparisons and with the exception of the recent rumors concerning sales figures, Surface seems to be doing quite well. So what do the #WindowsRage commenters make of it?

Jason Bugiada writes: "I think I'm going to buy a #Surface and put #Android on it." A similar sentiment is shared by MonKy FoniKs who says: "I had #DroidRage when I picked up a Surface and immediately missed my #Samsung Galaxy Tablet that is over 1 1/2 years old."

Then there's Windows Phone 8. I called it the best idea Microsoft has had in phone tech, but the smartphone operating system is in a delicate spot, with a so-far less than stellar market share and shipments.

Posting using both the #DroidRage and #WindowsRage hashtags, Mohammad Tarakiyee says on Twitter: "I once thought about writing malware for a @windowsphone but then I thought, aren't they suffering enough?"

Sdp3socar also mocks Microsoft's Windows Phone. The Twitter user states: "When I start my windows phone I need to wait 5min before using it.. Like my computer...”

William Geronco, says simply: "I wouldn't get a #windowsphone if you paid me weekly to keep it. Thanks but no thanks."

On Google+, Shawn Dreelin emphasizes the importance of positive marketing over picking on the competition, stating: "Tell me about your product and what makes it so great."

Windows 8 is in similar position to Surface. The operating system stirred quite the controversy in relation to the new user interface, but recent reports suggest that it may fare better than implied. There’s still plenty of #WindowsRage for it though.

Criticizing the lack of apps in the recently introduced Windows Store, Ollie Reardon writes: "You'll never get Malware from our Windows Store. You'll never find any third-party support either!"

Harsha Ramesh, states: "#WindowsRage ?? Haven't had that feeling ever since I dumped that OS a few years ago!"

Philip Horger points out what many users of the OS have felt for a while: “The Windows 8 interface looks like someone tried to pack as many gaudy colors and small text onto the screen as possible.”

Thousands of posts using both #DroidRage and #WindowsRage hashtags, have appeared so far, with the majority taking aim squarely at Microsoft. Clearly this battle is far from over on the social networks, and will likely continue over the weekend. At some point the software giant will have to call it quits with promoting Windows Phone through an anti-Android campaign, because it clearly isn't working in Microsoft's favor.