How pathetic Apple has become 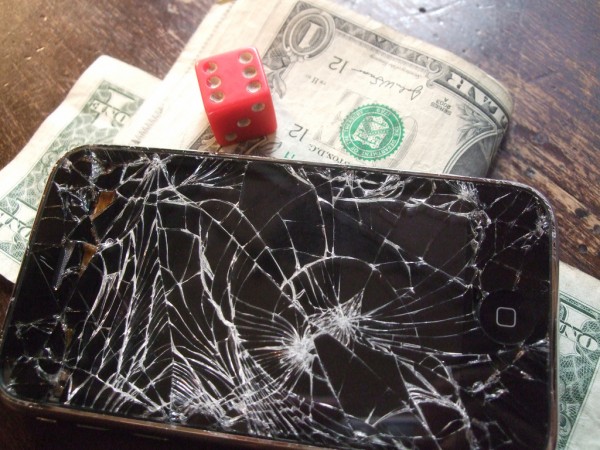 Phil Schiller's preemptive attack against Samsung's Galaxy S IV, which launches later today, says everything you need to hear about the sorry state of Apple. I'm stunned, because the marketing chief sounds too much like Microsoft CEO Steve Ballmer in 2007, when he dismissed iPhone. Denial is the surest sign a company has lost its way, and I don't just mean some executive denying such-and-such product or competitor is any good as distracting marketing ploy. The worst, and Schiller gives it, is corporate denial -- the proverbial ostrich with head in the sand -- about the world around.

Last night, I saw Schiller quoted in the Wall Street Journal. This morning I see posts from Bloomberg and Reuters, too, and a raff of tech blogs and news stories -- largely quoting one of the more mainstream services. The Journal calls Schiller's Android attack a "rare interview". But I see something else: Desperation. Denial. What's missing means much more: The typical leaks and rumors about Apple's next thing that steals the thunder from a competitor. Apple has nothing to show, and the InterWebs are less embracing of rumors. How pathetic is that?

Think about it. For the previous three years, Apple launched a new tablet around this time, with lots of buzz-generating rumors circling round. In 2013, there is near silence about the next iPads -- plural now there is mini -- or anything other than a watch. Oh, please! How lame! Apple's problem is two-fold then: Nothing new is imminent and bloggers, news media and social network sharers aren't as quick to jump on new rumors or counter-marketing moves.

Consider Consumer Electronics Show, where Apple rumors typically overshadow real announcements. The best the company could do this year: Announcement about 40 billion downloads, which took little attention away from CES. Meanwhile, the InterWebs are a tangle of Galaxy S4 rumors and product sightings -- the kind of stuff that just a year ago would have been about an iOS device. Suddenly Samsung is the cool kid in town.

Why the cold reception? As I've asserted for years: Apple's stock price. Lots of people had lots of reasons to spread rumors because they lifted Apple shares. And as these investors -- some, bloggers writing regularly about Apple -- made money they couldn't contain their glee. Joy is contagious, they say. So are sour grapes. Shares are down nearly 40 percent today from September's all-time high. Lots of people lost lots of money in Apple and aren't feeling good at all about their share crop. There's nothing to gain propagating rumors, either. Apple's stock is a rolling bolder.

The bigger problem is leadership living in denial, which is the clear tone of Schiller's statements. In all three interviews the marketing exec rails about Android fragmentation -- to which I say: "Tell us something we don't already know". His reasoning reminds of iPod competitors in the mid-Noughties. So many of them complained that Apple's music player lacked features like FM radio and was overall too simple. But simple, particularly sync, is what people wanted -- and features like super-long battery life and smaller size. As an analyst then, I consulted with several companies certain they could beat iPod with more features. But they missed the fundamentals.

Schiller does the same thing today. He rattles off stats about how fragmented Android is compared to iOS. But his priorities are misplaced. Like consumers buying iPods a decade ago, people don't care. What matters is user experience -- what Apple once got right and made a priority -- not the underlying operating system. During fourth quarter, Samsung accounted for 42.5 percent of Android sales, according to Gartner. Buyers got a single, unified user experience from TouchWiz UI.

Schiller's statements so reminds of competitors dumbfounded by Apple. He denies market realities, like they did. The quality and tone of his statements -- that he would even grant "rare" interviews -- shows Apple in crisis:

That Apple has nothing to show at a time when it typically does, even if just a whiff of rumor, shows leadership in disarray -- and the response sounds too much like Nokia or Microsoft executives facing down iPhone in 2007 and 2008. In January, I asked: "Will 2013 be another year of Apple iteration masquerading as innovation?" Schiller already answered the question.

48 Responses to How pathetic Apple has become