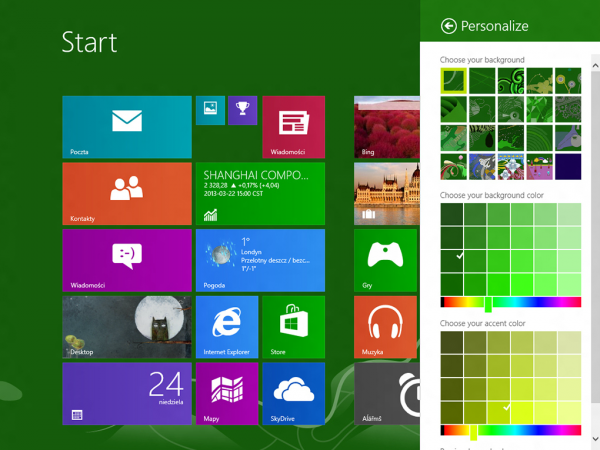 That sure looks like the case, and how timely, too. Microsoft needs a little Windows excitement, given the sorry state of PC shipments and efforts to jump start Surface sales. We haven't seen a good leak like this for awhile, and right now any buzz is beneficial. Even if this thing turns out to be fake, blogs and social shares are worth their weight in gold.

Over at The Verge, Tom Warren offers a great rundown of features. WinBeta provides an intro video and (via Mary Jo Foley tip) there's a Dropbox with screenshots. Briefly, the purported build, 9364, is nothing but -- borrowing from the oft-overused Microsoftie term -- goodness. There is increased emphasis on customization, answering user complaints that Modern UI provides too little, and even hints of Internet Explorer 11. More importantly, everything about Windows Blue suggests an accelerated OS development pace, which significance cannot be understated.

Pick Up the Pace

Situation is this: Google cranks out new Android, Chrome and Chrome OS updates at frenetic pace, along with a plethora of supporting services. Meanwhile, Microsoft development, by comparison, is more like IBM at the end of the mainframe era set against the PC. Microsoft really, really, really needs to pick up the pace.

Look how far Google's mobile OS and browser have come since their release in late 2008. Chrome, which is version 25 in little more than 4 years, had 37.09 percent global usage share at the end of February compared to 29.82 percent for Internet Explorer, according to StatCounter. Android smartphone share, based on actual sales, was 69.7 percent in fourth quarter, according to Gartner. Windows Mobile/Phone: 3 percent.

Google has great brand engagement, in part because its products improve by seemingly daily pace and so many are indispensable. Look at the crazy furor over Google Reader, which use is limited mainly to bloggers, journalists and the Technorati (According to a Google Consumer Survey, 9.5 percent of respondents have ever "subscribed to an RSS feed or used an RSS reader like Google Reader"). The service is indispensable to some, nothing like the many of, say, search.

Microsoft is the new IBM. The company that caters to big business and doesn't bring big ideas to market. Enterprises hate change, while consumers embrace it, which is one reason for the recent surge of people bringing their own devices to work rather than just using company-issued gear. Whose software runs these gadgets? Not Windows. Android and iOS are the main benefactors. Microsoft's challenge is two-fold: Matching competitors' pace and rebuilding brand excitement.

Windows Blue could be a bold, next step. Microsoft's long-standing strength is executing on long-term plans, whereas many public company competitors set quarterly goals that change too often. The Microsoft that released three versions of Internet Explorer in about 18 months during the late 1990s executed tactically while keeping long-term plans in place. The company needs to get back to form. Setting and achieving short-term goals can boost mindshare -- that Microsoft actually innovates.

As I've so often expressed, in business perception is everything. Look at Apple. Negative perceptions about Apple Maps, iPad mini and iPhone 5 contributed to falling stock price following September's all time high (down 35.5 percent after Friday's close). Meanwhile, after getting sacked during the late-2008 economic collapse, Google shares fly high -- $811.26 on Friday, up from $262.43 in November 2008. Positive perception, bolstered by ongoing release of new things, makes shares attractive. In terms of sales, there is no real comparison. During calendar fourth quarter, Apple generated more than three times Google's revenue for all 2012.

Microsoft remains a tech giant, in terms of reach and actual financial performance, but the stock is a dog -- and has been for more than a decade, rarely climbing above $30 a share. Perception is the problem. 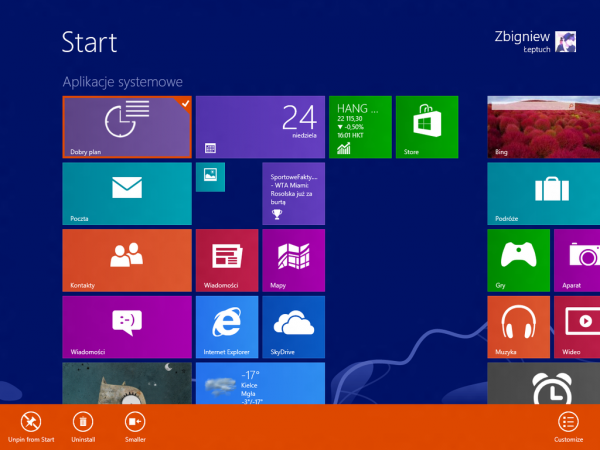 Windows Blue is an opportunity for Microsoft to show that it can keep pace with Google, and that's no easy feat. The software giant must balance the preferences of the enterprise, which accounts for the majority of sales, against the need to move faster. Slow-moving big businesses abhor change. There, hosted-server apps and Office 365 can shift some of the dynamic by getting more businesses using software or services that Microsoft updates regularly, rather than relying on cautious IT departments to do upgrades.

Windows remains the enigma, in a global market making smartphones and tablets buying priority over PCs. Microsoft has to do something fast. Given that most businesses recently migrated to Windows 7, anyway, adoption of the current operating system should be slow for some time or even its successor. Microsoft risks little then, with core customers, cranking out Windows Blue this year -- and in process aligning all operating system development, including Windows Phone.

Microsoft has got the right idea with touch and other natural-user-interface motifs. Having used, and really loving Surface Pro, the potential is clear: Windows can be the best NUI platform, second to none and making Android and iOS look like toys by comparison. Windows Blue is opportunity to push voice, touch and other NUI tech forward, while demonstrating the ability to rapidly release innovative products, too. Microsoft already does -- look at Skype and SkyDrive updates, for example -- but no one seems to notice in the mainstream media.

I hope that today's purported leak foreshadows that Windows Blue Developer Preview will release imminently, with official launch coming this year. Some advice to Microsoft: No more Service Packs! Call Windows Blue a new version and -- damnit! -- keep the code name as the official moniker.