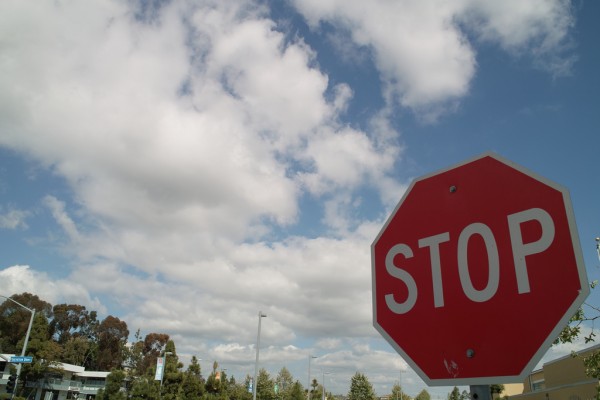 This morning, in a Google+ post, Eli Fennell expressed something I felt for days: That the furor over Google Reader's execution is way, way, way too much. I've written little about the service's demise and actually have argued with colleagues in group chat about their trying to hold onto Reader or mimic the sorely, last-century user interface.

My one quip, from a Thursday story: "You'll never guess what you gave up Google Reader for? The tried-and-true makes way for a few, ah, experiments. Newest: Chrome World Wide Maze". Gasp! Some people took that seriously. I meant it as indictment against all the stupid fuss about the RSS service's July 1 retirement.

I explained on Google+: "LOL. I'm not 'desperate to somehow tie this to Reader'. Just the opposite. I intended to be brutally sarcastic. I'm aghast at how much fuss people are making about this whole Reader thing. The Chrome experiments obviously have nothing to do with Reader, which is why I made the reference. So much for my writing capabilities". ﻿

I had expected the childish whining about Google Reader to have died down by now. Instead there has not only been an obnoxious volume of people continuing to post about it using nearly any excuse, but the tech media has become even worse, publishing an endless parade of "no one will use Keep because Google killed Reader" articles.

GTFOI people, and stop thinking you're so all-fire important that the vast majority of us care at all whether you decide to boycott future Google products like self-entitled spoiled little brats. You want to stop using Google products? Go for it. Just shut up about it and keep it to yourself.

The Devil You Do

The whining about Reader is ridiculous. I often wondered why so many other companies that had developed worthwhile RSS sync for their software abandoned for Google Reader. I used NetNewsWire (on Mac) and Newsgator (on Windows PC) long before Reader and when they provided their own sync services before adopting Google's. I only came to use Reader because the other developers dropped their own sync services. They slept with devil. What should they or their users expect? Compassion? Behavior that isn't about self-interest?

Colleague Wayne Williams calls the July 1 execution a "blessing in disguise" and rightly observes that "Google has slowly been killing off Reader for a while".

I eventually switched to Feedly because the user interface is fresh, particularly on tablets, and found Google Reader sync to be somewhat convenient but not really necessary. I am simply stunned by the rush to makeover Feedly into a Google Reader UI-like clone. Geez Louise, what the frak is wrong with you people -- my tech journalist peers worst of all? Change is good.

I've seen no blogs, news stories or social network shares that get the point: It's amazing that Google kept Reader alive for so long. Think about it. The UI is terribly-dated, Google made no real improvements in years and feeds bypassing sites with advertisements defeat the company's core source of revenue. That Google kept Reader alive at all is testament to customer and partner commitment. The search and information giant should have killed Reader long ago, from this perspective.

Yet I read countless posts where people whine about how they can no longer trust Google, that they won't adopt Keep and worry that any service they commit to using today might be gone tomorrow.

Google gives away Reader for free. People complain Google takes away something they don't pay for? Get a life. Suck it up.

Of course you can't trust Google. Everything the company produces is in a state of constant revision. Gmail stayed in beta for five years. The beta monikers are gone from most Google goodies, but refinement is a constant -- as in public experimentation. You can love it or leave it, because you are a perpetual beta tester if using Google anything. That's the price you pay for free software and services.

I tell you this: When constant refinement stops that's sure sign Product X is bound for the scrap heap. That's when you want to jump to something else. Because Google will put aside that thing in favor of something else. Yesterday, colleague Alan Buckingham linked to timely Slate story: "The Google Graveyard". The incomplete list shows 39 products or services axed by Google henchmen.

Reality is this: There's a new sheriff in town. April 4 marks Larry Page's second anniversary returning as CEO. From Day One, he swung the hatchet. Google Reader won't be the last service killed past its prime. If there was a law against technology euthanasia, Page would have received multiple life sentences already. He's a mercy killer, and doing Google Reader really puts you and a bunch of third-party RSS providers out of misery. Even if no one sensed the pain of it.

To the nearly 150,000 people signing the "Google: Keep Google Reader Running" petition, I say this: Suck it up. Stop complaining -- and rejoice. Google just freed you from slavery. Don't whine about freedom, use it!

Reader's dominance held back competition in the feeds space. Maybe RSS can evolve into something better now and become the truly useful tool envisioned in the last century. Google Reader's UI isn't contextually useful at all, particularly on smartphones and tablets. Don't cling to Google slavery. Now is time to re-examine all the products important to your digital lifestyle -- as Wayne is doing and writes about (now in two parts, here and here).

Get a life, and stop whining about Google Reader!