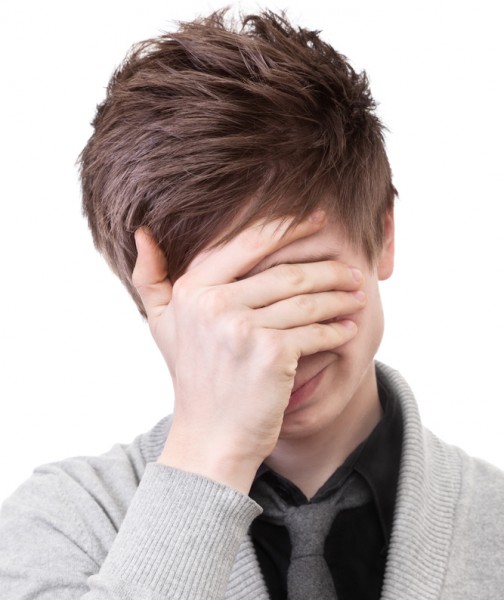 Microsoft’s Scroogled campaign, in which the technology giant attacks Google for various perceived transgressions, has now turned its sights to Android, or more specifically the Google Play store.

Past Scroogled "attacks" (aka petty whining) have taken Google to task for using a pay-to-rank practice in Google Shopping, and reading emails in Gmail. The newest complaint is that Google shares your personal info with app makers.

When you buy an Android app from the Google app store, they give the app maker your full name, email address and the neighborhood where you live. This occurs without clear warning every single time you buy an app.

If you can't trust Google's app store, how can you trust them for anything?

Microsoft then helpfully provides a couple of videos explaining how this happens (watch them below).

If you were unaware that Google passes on your information to app makers, and you’re concerned about this, then you’ll probably be thankful to Microsoft for pointing it out. Even though there’s actually nothing particularly nefarious about it. When you buy something from pretty much anywhere on the internet, the seller gets your information. That’s how things work. If you don’t trust a retailer -- or an app maker -- don’t buy something from them. 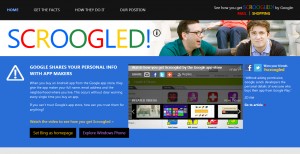 The problem I personally have with the Scroogled campaign is I (like most people) don’t view Microsoft as the people’s champion. It’s not warning consumers, it’s trying to get them to switch from Google to Microsoft (something I’ve actually done, but out of interest rather than any concern about what Google’s doing with my information).

If Microsoft truly had our best interests at heart, then it would be providing useful advice on what to do to safeguard privacy -- like setting up a second Google account purely for purchasing apps. Instead, what it does is say "Unlike Google, Windows Phone Store doesn't share your personal information with app makers" and then helpfully provides a button to "Explore Windows Phone".

Microsoft should, in the interest of full transparency, also perhaps add "Unlike Google, Windows Phone Store doesn't offer anywhere near the breadth and quality of apps", but obviously it doesn’t say that because Scroogled isn’t about truth, it’s about trying to snare customers through fear, uncertainty and doubt -- instead of wooing them with great products, as a company of Microsoft’s size and standing should be doing.

The Scroogled campaign continues to be a sad and embarrassing waste of Microsoft’s time and money and really it’s time it was laid to rest now.

82 Responses to Microsoft continues its childish attacks on Google