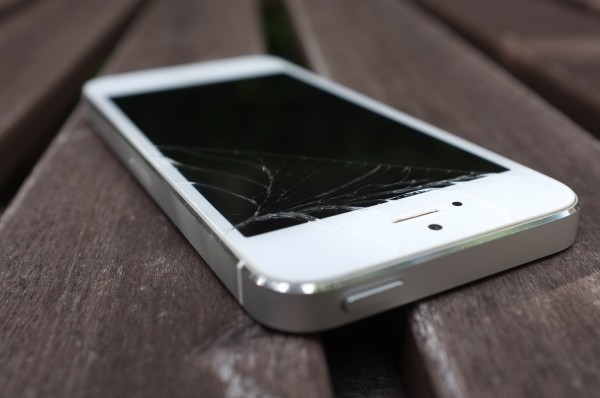 The magic is gone. As recently as mid-2012, rumors of a new iPhone was command performance -- bloggers and social networkers rushed every little bit of spec speculation to the web. A year later, has-beens are kings. Buzz belongs to the once high and mighty: HTC, Motorola, Nokia and Sony, each a former market-share commander. These companies are all something Apple, and even Samsung, is not: Hungry. Pride goes before the fall, they say. Pride brought down the big four (five, including BlackBerry), as their execs laughed off iPhone's launch in June 2007. They laugh again, as their companies bring truly innovative mobiles to market and Apple acts much as they did six years ago.

The fruit-logo company has a huge problem that is core to future competition. For nearly a decade, Apple benefitted from free-marketing, as enthusiast tech bloggers and reporters and over-eager Wall Street analysts and investors fanned the smallest flicker of rumor into raging fire. Now Android rises, like one of those robots in "Pacific Rim", to crush the iPhone monster. Meanwhile, Apple's humbled stock price gets less bang from rumors. CEO Tim Cook signaled three months ago that new "innovations" won't come until autumn -- and there are no leaks to rally the faithful against the horde of Android and Windows Phone infidels. The problem isn't bleeding market share -- a circumstance in most every market outside the United States -- but one of bleeding mindshare.

Successful brands typically take ownership of a single word. For BMW: "Driving". Volvo: "Safety". Barack Obama's 2008 Presidential campaign: "Change". Apple: "Innovation". But where is the innovation, or even promise of it? If Apple loses mindshare against other innovators, particularly when for so long benefitting from rumors about the "next thing", iPhone is a lost cause.

The handset's continued success is foundational. During calendar first quarter, iPhone accounted for 53 percent of Apple revenues, up from 27 percent four years earlier. Total company revenue was only $9.1 billion in calendar Q1 2009; $43.6 billion during the same quarter 2013. Apple announces more recent quarterly results on July 23. By the way, these figures don't reflect ancillary -- what are sometimes called "halo" -- sales of other Apple products. The handset's importance is greater than direct revenue.

iPhone is still a king, but one in jeopardy of losing its throne, but only after people turn their allegiance elsewhere. A number of high-profile bloggers who once used iPhones and spat out Apple rumors religiously are now Android or Windows Phone converts. They see innovation in mobiles like HTC One, Moto X, Nokia Lumia 1020 and Sony Xperia series. Scan the tech blogs and news sites today -- Facebook, Google+ and Twitter, also -- and see how much more buzz there is for these phones, made by manufacturers who a year ago barely got attention.

In March, Motorola hired Guy Kawasaki as evangelist-in-chief. He, more than Steve Jobs, is responsible for creating the so-called "cult" of enthusiasts; during the 1990s. His grass-roots evangelism proved to be hugely valuable to Apple's brand during dark days before Jobs returned, first as interim CEO, in 1997. I see no coincidence that little more than four months after Kawasaki arrived at Motorola, the yet unreleased X phone commands so much buzz.

Moto X is a case study in buzz marketing, from the spec leaks, to the teaser ads to last week's public spectacle -- Executive Chairman Eric Schmidt talking on the phone during a financial event. The web went wild. This is the kind of excitement that Apple generated not so long ago.

Apple will lose brand association with "innovation", unless something changes -- and before any new products come to market. The time has come for CEO Cook to hire a new chief evangelist, one willing to aggressively engage the technorati and use leaks and other guerrilla tactics to regain mindshare. I suggest someone like Jim Dalrymple, who is well-respected and a true believer, rather than John Gruber, who is simply too sarcastic.

The choice is simple: Assume large acreage will produce a bumper crop with little extra effort, or take pesticides to bugs before they rot the fruit on the trees. Apple's number one priority now should be regaining mindshare against an infestation of hungry has-beens, then squashing them with new innovations.