Can Guy Kawasaki save Google from Samsung? 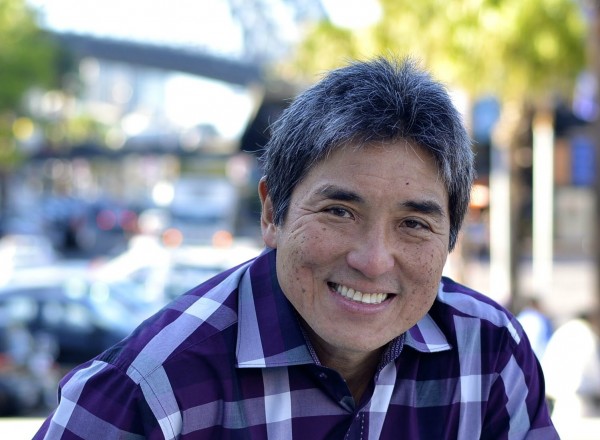 Google is a hardware company now, something that is too often overlooked. Last week, the search and information company launched its first computer, Chromebook Pixel, which I reviewed overnight yesterday. In August 2011, Google bought Motorola, one of the most iconic American brands and inventor of the cell phone, for $12.5 billion; the deal closed in May 2012. Moto makes handsets and tablets, among other things.

But Motorola is a brand in decline, and one Google should want to reinvigorate if the plan is to release more-compelling, more-innovative Androids. Why should ASUS, LG and Samsung manufacture Nexus devices when Google has a huge hardware subsidiary? Meanwhile, one of the three is a partner out of control. Samsung threatens to fracture the broader Android ecosystem -- a problem I sternly warned about in April 2012 post "Google has lost control of Android". A resurgent Motorola could bring unity back to the Force, as the saying goes. Google bets that Guy Kawasaki can help make that happen.

Kawasaki joined Moto this week, as a consultant/evangelist. In BetaNews group chat yesterday I described him as: "Smart. Articulate. Friendly. And your worst nightmare if marketing against you". I know him, as many long-time journalists do, as a kind of devil incarnate. During Apple's worst days, he joined as an evangelist. I summed up his role to colleagues yesterday: "Kawasaki is the reason Mac enthusiasts are crazy online. He organized the first attack squads, nurtured that whole culture of guerrilla evangelism".

When Apple was a runt company, Kawasaki's Mac attack squads clobbered people writing anything even slightly critical of Apple. Any long-time journalist knows the drill. You write X story about Apple and the innuendo-carting cultists swarm in accusing you of Windows bias and shilling for Microsoft. Or in this decade, Google. The accusations whack the writer's credibility often with no substance (e.g., facts) to support them. The attack evangelism culture Kawasaki nurtured at Apple lives on long past his influence.

In this decade, Kawasaki is an Android convert -- and quite vocal about it. He explains:

Every time I tell people that I don't use any iOS products, people go a little nuts when they figure out I'm a pure Android guy. This is a list of my top ten reasons why I like Android more than iOS.

Kawasaki is a good fit for Motorola. Colleague Alan Buckingham expressed in BN group chat yesterday: "I loved my Droid X, but I am certainly not a Motorola fanboy". To which I responded: "Spend an hour with Guy and you would be". Mihaita Bamburic chimed in: "Kawasaki is a genius. He's incredibly skillful when it comes to speeches, I've seen him a couple of times on YouTube and he got me hooked". I added: "He's more effective, more believable than Steve Jobs, but just as charismatic".

Google doesn't just own Motorola, it owes something to the cellular technology pioneer -- and also to Verizon. The carrier launched the Motorola Droid brand, backed by $100 million marketing budget, in autumn 2009. The move invigorated Android global growth, by lifting it in, at the time, the largest region adopting smartphones. Increased visibility, even more than sales, helped Android sales jump a stunning 888.8 percent in 2010, according to Gartner. Moto's fortunes have since declined, but Verizon remains firmly committed to the Droid brand, even after getting iPhone in February 2011.

Globally, Motorola's sales share has collapsed, just 1.7 percent in fourth quarter -- that's tenth place -- according to Gartner. Remember Razr, which seemingly everyone who was anyone owned in the mid-Noughties? The original shipped in third quarter 2004, with shipments reaching 50 million less than two years later. Moto is a ghost of former glory, yet with solid engineering culture, enormous patent portfolio and Google's backing.

Moto also has a core cult-like following of users devotedly committed to the brand. They remind me of Apple circa 1996, when closure looked likely but a small group remained loyal and vocal about the products. Kawasaki is among them: "I made the switch from iPhone to RAZR more than a year ago". Verizon brought back to brand, combined with Droid, to smartphones, in October 2011 (sales started the next month).

A Galaxy Far, Far Away

Kawasaki's enthusiasm for a Motorola smartphone is more significant than his Android embrace. The evangelist's real mission, whether or not acknowledged, is to save Google from Samsung. The South Korean electronics giant is largely responsible for Android's enormous market share gains, but in process inflicts great pains on the broader ecosystem.

Based on sales to end users, not shipments to carriers and dealers, Android captured 69.7 percent global smartphone share in fourth quarter, according to Gartner. Samsung, the world's leader for all handsets and smartphones, accounted for a stunning 42.5 percent of all Androids sold. The next closest vendor: 6 percent. Samsung's success is mixed for Android as a platform. The electronics company, and not Google, largely controls customers' experience via TouchWiz UI and other features. Meanwhile, Android updates lag Samsung phones by many months. At least Samsung adopts the newest Android eventually, but TouchWiz skinned.

Eleven months ago, Forrester Research analyst Frank Gillette predicted that companies adapting Google's open-source OS would "cause proprietary Android share to surpass the installed base of Google’s Android ecosystem in 2015. This further fragmentation will challenge Android developers, customers, and especially enterprises, and hamper the creation of a shared ecosystem". Samsung, which is No. 2 to Apple on tablets, is front and center leading to a fractured -- not fragmented -- Android ecosystem.

Samsung's priorities aren't necessarily Google's or to the benefit of a the broader Android ecosystem. The Galaxy brand is hugely successful, and a second gravity well pulling brand attention, and even app developers and content partners, to customized Android. Then there is the power that comes with success -- massive dominance over the entire market of Android sales. Samsung is a partner Google obviously wants to keep, but also should keep from getting too powerful.

Enter Guy Kawasaki and his task evangelizing and revitalizing the Motorola brand, which needs more commitment from Google. As slow as Samsung is sometimes to update Android, Moto often takes longer or leaves customers hanging with nothing. Google must also get behind the subsidiary and get it picking up the pace -- in every way. The search and information giant is agile and quick to update products. Motorola is slow moving, like an abandoned ship. There needs to be good captain and crew to support Kawasaki's efforts.

If he can succeed in them, and Google supports him, there's no reason why a new class of Nexus devices -- even Chromebooks -- shouldn't come from Motorola. Evangelism is a great starting point. This week, Kawasaki set up the Mobile Devices community on Google+. Discussion is excellent beginning.

Samsung isn't a bad Android partner, but the company needs some serious competition. Google and Motorola can give it. Nexus devices show that the Android Army wants pure Android, without the fancy clothes draped over the green robot. Imagine something like Nexus RAZR. Competition can keep Samsung on course with Android, rather than diverting destinations. Otherwise, soon the company will have none -- that's the problem, the future.

I'd like to congratulate Guy Kawasaki on his new role and wish him well. That sentiment isn't easily given from someone battling Mac guerrilla evangelists since the 1990s.

14 Responses to Can Guy Kawasaki save Google from Samsung?