At an event in New York, Microsoft reveals the successor to the Surface RT and Surface Pro -- the predictably named Surface 2 and Surface Pro 2 (interesting to note that the "RT" is gone from the former's name) -- and Brian Fagioli was live-blogging from the event. So what do we have to look forward to from the product refresh?

The first generation Surface tablets suffered poor sales and came in for criticism from many quarters, so there is certainly room for improvement.

Microsoft is claiming that the Surface Pro 2 is faster than 95 percent of laptops currently on the market. In terms of raw figures, there is a performance boost of 20 percent and a graphics performance improvement of 50 percent.

Inside there's a Haswell chip which goes some way to explaining the claims that the second generation Surface Pro not only runs more quietly and cooler than the original, but also boasts a 75 percent improvement in battery life. This is boosted further by the addition of the Power Case accessory, resulting in two and a half times the battery life of the original Surface Pro.

The kickstand of the original Surfaces meant that it was tricky to use away from a flat surface, but this has been changed so there are now two positions to choose from, making it easier to use on the lap like a laptop. 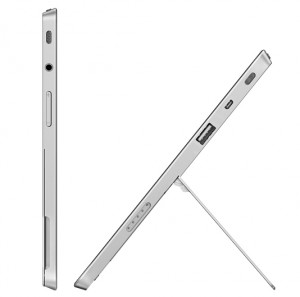 A docking station is something that many people felt was lacking from the Surface lineup, and this has been rectified with version 2. The Surface Docking Station not only adds power, but also three USB 2.0 ports, one USB 3.0 port, Ethernet, audio in and out and Mini DisplayPort. Other accessories were also announced, including improved versions of the Type and Touch covers. The Type Cover 2 is available in two colors, is thinner than the original and is also backlit.

The Touch Cover 2 has more sensors than the first version, opening up the possibility of touch gestures in addition to typing. The keyboard cover is more rigid as well as being thinner and it is backlit just like the Type Cover 2. 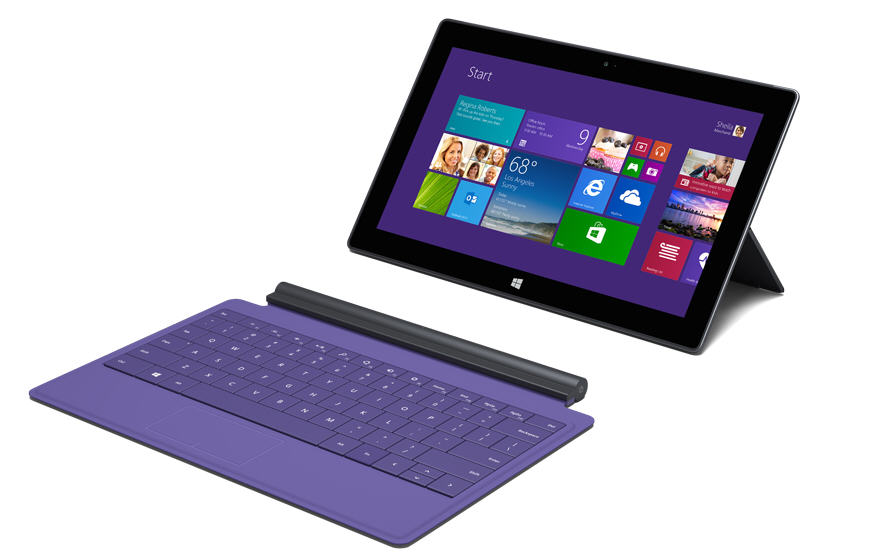 The Surface 2 is the cheaper, entry level model. There are improvements to be found here too. Again, it's faster and lighter. Although RT is no longer part of the name, this model still runs Windows RT, now on an upgraded full HD display. The Surface 2 comes bundled with Office 2013 RT and pricing starts at $449. Both the Surface 2 and Surface Pro 2 upgrade SkyDrive users' storage to 200 GB, for free.

The baseline pricing figures look good, with the Surface 2 starting at $449. This is for the 32 GB version, and there's also a 64 GB model available. The Surface Pro 2 starts at $899 for a 64 GB version with 4 GB RAM and there is a 128 GB model with the same memory capacity. There are also 256 GBand 512 GB versions backed up with 8 GB RAM -- full details of all prices have not yet been confirmed. But the prices soon add up. The Touch Cover 2 costs $119.99, and the Type Cover 2 costs $129.99. Like the idea of the Power Cover? This will set you back $199.99 and you'll have to wait until 2014 to get your hands on it. The Docking Station has the same price and estimated release date. 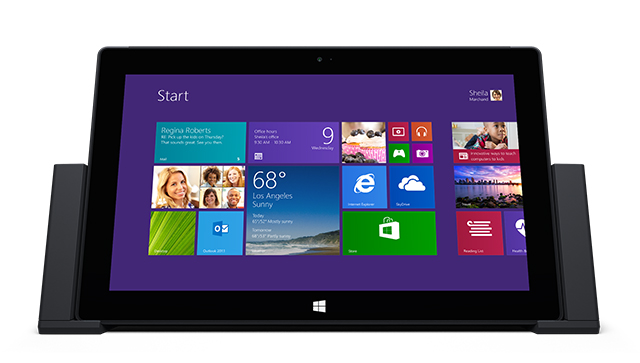 Both Surface 2 devices are available from 22 October, but pre-ordering starts tomorrow, September 24 at 8 AM EDT. For now, the pre-order site is home to information about the devices.