My favorite tech products of 2014 [Brian] 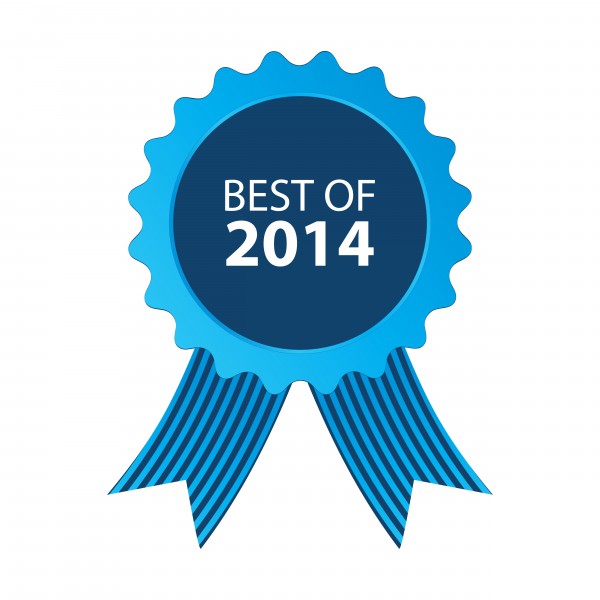 Well folks, 2014 is almost in the books, and we will soon be in 2015. Outside of tech, the world has been rather crazy; there have been tragic deaths, natural disasters and further division among US citizens. Sadly, the tech world got pulled into the major news with various hacking scandals -- Home Depot customer information was breached, Sony Pictures was brought to its knees and Hollywood celebrities had their naked photos leaked. In other words, there have been many negative things in both tech and non-tech news.

Luckily, not all is bad; the tech community has seen many great devices and software released too. As is customary for late-December, many tech-writers, such as yours truly, begin compiling lists of the best tech of the year. Well, "best" is subjective, I realize that, so instead, I am offering my favorite tech of 2014. Maybe your list is different; my colleague's lists are. Variety is the spice of life however, so please tell me if you agree or disagree with my choices. 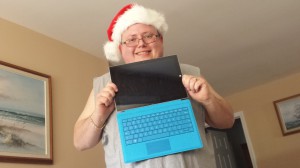 Surface Pro 3: While my list is not in any particular order, the Surface Pro 3 is the most important device of 2014 for me. The big selling point for the Surface is that it is a jack of all trades -- it can be a tablet or laptop. For me however, it is a desktop too. You see, I have purchased the official dock, and connected it to a monitor, Blu-ray burner, 4TB HDD, mouse, keyboard and speakers.

Featuring a core i3, i5 or i7 CPU, all models are very fast and pricing starts at a very reasonable $799. While the optional keyboard accessory completes the package, it is not required. Quite frankly, if you plan on using it mostly in your home as a tablet, any USB keyboard will do for when you do want to heavy typing. Believe it or not, the on-screen keyboard is quite good too, besting both the Android and iOS stock experiences.

Microsoft's Surface Pro 3 is a work of art, and I highly recommend going to a local Best Buy or Microsoft Store to try one out. Warning: you may just leave with one!

AMD AM1 platform: As great as the Surface Pro 3 is, I sometimes have a need to test traditional hardware, such as PCI cards, or SATA-based SSDs. For this, my test system is based on AMD's AM1 platform. What makes this solution so amazing, is its cost. You see, for under $99, you can buy a motherboard and socketable quad-core processor. Yes, the APU (CPU+GPU) is removable and upgradeable.

Believe it or not, it runs both Windows 8.1 and modern Linux-based operating systems like a champ. Sure, it is not as fast as more expensive computers, but it is more than enough for the average home user. Hell, the AMD Athlon 5350 I have can even output 4K! Best of all? The processors have a max TDP of 25 watts, making it insanely efficient, which will save you money on your electric bill.

Nexus 6: All flagship Android smartphones are wonderful. Whether you pick up an LG G3, Samsung Galaxy Note 4 or HTC One (M8), you really cant go wrong. However, one phone stands out as best -- Google's Nexus 6, manufactured by Motorola.

The phone is very powerful, sporting the very modern Snapdragon 805 processor. The camera is the best yet for a Nexus and 4K video recording is on board. Wireless charging fans will love the included Qi compatibility.

The best part of a Nexus device is the tinkering factor, though. You can easily unlock the bootloader, achieve root and flash both custom ROMs and kernels. What does this mean? You can customize the phone to your liking, and you do not have to wait for updates.

Kindle Voyage: A traditional tablet can serve as an e-reader, but the LCD screen can be rough on your eyes. If you do a lot of reading, you would be much better served by an e-ink based reader. While there are a fair amount of makes and models to choose from, Amazon remains the king, with its venerable Kindle line.

Year after year, the company churns out remarkable e-readers, and 2014 is no exception. The Kindle Voyage is the company's best e-ink reader yet, featuring a gorgeous screen and improved battery life. Best of all, Prime members get access to the Lending Library, and a free monthly early-release book. In other words, light readers who aren't picky can get by without ever buying a book. 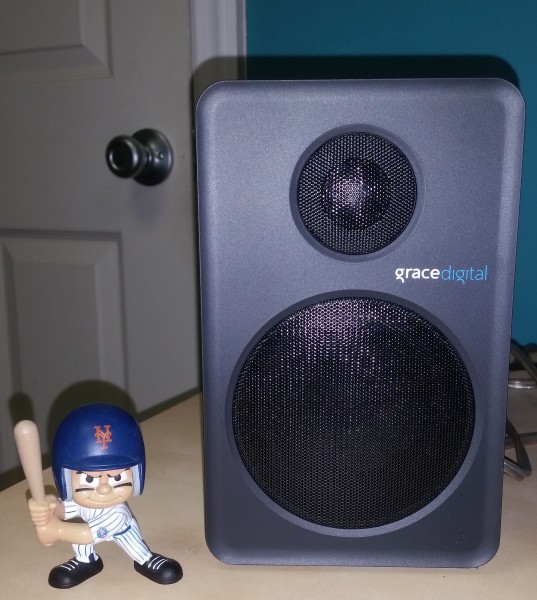 Grace Digital aptX Bluetooth Speakers: Music is a a big part of my life. The problem is, I am a grown-up now, and I don't have room or finances to invest in a proper stereo system. While my days of buying high-end receivers are long-gone, I still crave a quality listening experience when using my computer. Sadly, while many companies claim great sound quality, not many deliver.

Grace Digital blew me away however, with its aptX Bluetooth speakers. This 2.0 speaker setup offers both wireless and wired connections, which is greatly appreciated. These are hands-down the best Bluetooth audio speakers I have ever listened to. With that said, I almost never use them wirelessly. No, I instead have them connected to my Surface Pro 3 Docking Station with a wire.

The results are breathtaking, as the sound is very well balanced, including the bass. Many modern speaker solutions are too bass-heavy; not so here. While other speakers have family members yelling at me to turn down the bass, Grace Digital's offering keeps my family at bay. In fact, I listen to both Hip-Hop and Rock; both genres are reproduced well. That's not to say the bass is weak -- it is just not overdone.

Logitech Bluetooth Multi-Device Keyboard K480: Keyboards are a dime a dozen nowadays, so it is hard to be impressed by one, let alone having it make a best tech of 2014 list. Logitech, however, has captured my heart with the K480 keyboard. This Bluetooth input device offers the ability to pair with 3 different devices, for easy-switching later between them. For example, you could pair with a Windows desktop, an iPad and an Android phone. Then, by turning a dial, you can switch between each device -- very cool.

My preferred usage case, however, is for multiple operating systems. If you are a dual-boot computer user, Bluetooth devices are pain in the butt, as you have to re-pair every time you change your OS. In my case, when going between Fedora and Windows 8.1 on the same computer, I can simply switch a dial and I am off to the races.

Of course, the most important aspect of a keyboard is typing, and the K480 is a dream; the keys feel great and are well-spaced. Build quality is great too, as it is built like a tank.