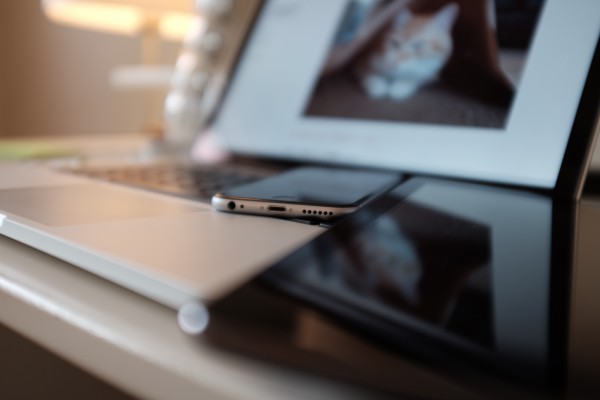 Looking back on this last day of the year, I wonder how my daily tech changed so much since the first. On Jan. 1, 2014, my core computing comprised Chromebook, Nexus tablet, and Nexus smartphone. Midyear, I switched out to all Microsoft—buying Surface Pro 3 and Nokia Lumia Icon. While commendable the effort, Windows poorly fit my lifestyle. Today, I'm all Apple—13-inch MacBook Pro Retina Display with 512GB SSD, iPhone 6 128GB, and iPad Air 128GB. I can't imagine using anything else.

Following the lead of my BetaNews colleagues Mihaita Bamburic, Ian Barker, Alan Buckingham, Brian Fagioli, and Wayne Williams, I review my year in tech, and unlike 2013 focus on products that released during the year. I present my 2014 personal tech alphabetically, from company name, rather than order of importance—because they all matter. Note: While the list looks like four, it's five because the first is two combined.

The two "A" companies deserve credit for releasing the most important, digital-lifestyle changing products of 2014—and the innovation is as much, if not more, about licensing rights as technology. Late-year, Apple and Amazon extended usage rights for digital content from one person to others, presumably within a family or household. Long-standing problem: Content is tied to the account of the single purchaser, making sharing, say, an ebook with others anywhere from difficult to impossible.

Amazon Family Library shares apps, audiobooks, and ebooks among two primary account holders (presumably adults) and up to four child accounts. My wife and I now access a single, combined personal Kindle catalog, which will save us beaucoup bucks and encourage reading some of the same books simultaneously. The feature is life-changing.

Apple Family Sharing allows "six people in your family to share each other’s iTunes, iBooks, and App Store purchases without sharing accounts", according to the company. While similar to Amazon's cloud program, there is more—sharing personal content, such as calendars and photos. Life-changing understates the value.

Both sharing mechanisms are modern in that they better enable contextual cloud computing, which, as I have asserted in the past, is the new current paradigm. The so-called post-PC era is a fathom. Amazon and Apple make more of your purchased digital ditties available anytime, anywhere, and on anything. Oh, Yeah.

I started using both services in October.

The smartphone isn't the best I've used, but it fits my Apple lifestyle, where how content and behavior syncs better than if I used, say, an Android device. As explained in my review of the device:

Smartphones are not isolated devices. If they were, I would use Nokia Lumia Icon today for photography and videography benefits. Companies like Apple, Google, and Microsoft sell lifestyle platforms around which someone builds stuff. Windows Phone is the weakest among the majors—Android and iOS being the other two. Apps choices aren't as mature, and cloud offerings are comparatively meager. For example, homegrown Apple and Google apps and connected services are absent.

If I could do over the purchase, iPhone 6 Plus would be my pick instead, however. Mihaita made the right choice.

I purchased iPhone 6 in September.

One of my 2015 goals is to increase storytelling across online venues, and by more than just writing. Photography's role can't be understated. iPhone 6 will be my photo equivalent of the pickup truck and Fujifilm X100T my Lamborghini. The digital camera is compact, nearly silent shooting streetstyle, and delivers fantastic IQ (image quality). 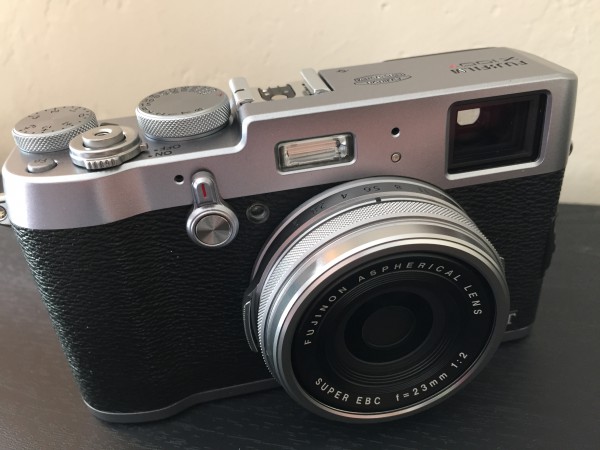 I wanted the Fujifilm X-T1, which, unlike the X100T, takes interchangeable lenses. The manual ISO dial really appeals, too. By contrast, the X100T is fixed lens, f/2 at 23mm, and doesn’t offer the same degree of manual control. I chose the X100T because of:

Words won’t express how much I want the X-T1, but the X100T is more practical, particularly considering that most of the time I shoot with fixed lens anyway. "You be the telephoto, not the lens", I say. Additionally, the X100T's hybrid digital-optical viewfinder is a unique benefit that I love.

Either camera is a great choice for anyone wanting to go mirrorless. Put down that bulky dSLR!

I purchased the X100T in November.

You can keep your bassy Beats, baby! This summer, Grado Labs updated its entire line of headphones. As former RS1i owner, I can attest to the amazing audio improvements of the successor.

Grados are open-ear—there’s no noise-cancellation for you, bud—but they produce a more natural sound even listening to MP3s. The nuances and details are so remarkably fine, some songs sound nearly new, like I’m hearing them for the first time. Soundstage is fantastic.

I listen to more music than ever because of the Grados and don't worry about bass blowing out my aging ears. Something else: The sound is so pure, I no longer use iTunes' graphic equalizer. Flat is fine.

I purchased the RS1e headphones in July.