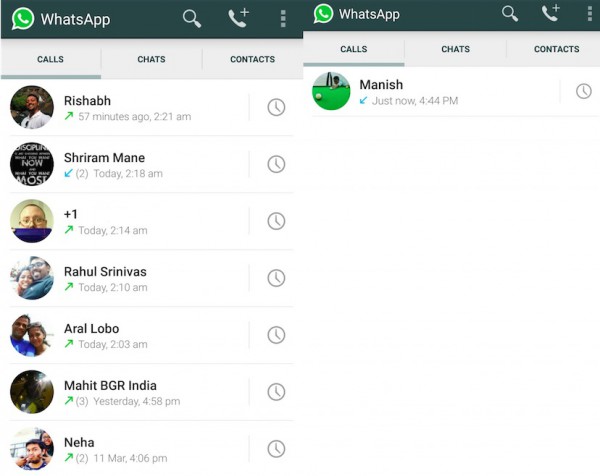 A year after announcing its plan to add a voice calling feature to its instant messaging client, WhatsApp began to test the feature in late January. The feature -- as we noted last week -- was rolling out to users on an invite basis. But the company is finally easing up on that as now it is allowing anyone to get the call feature provided they have an Android phone with the v2.11.561 installed on it, and a friend with the feature willing for you to call them. BetaNews is able to report and confirm that the aforementioned trick is working worldwide.

WhatsApp isn’t the first messaging client to get the internet voice calling feature. Rival apps such as Viber, Hangouts (it charges for international calls), Skype, and even Facebook’s Messenger offer a similar feature. But what makes WhatsApp triumph over competing apps is the voluminous amount of users it has attracted since its launch in 2009. WhatsApp -- which Facebook acquired last year for a whopping sum of $19 billion -- has more than 700 million users as of earlier this year, and just this week, the messaging app become the second non-Google app (after Facebook) to be downloaded 1 billion times on the Google Play Store.

While the internet voice calling feature doesn't appear as enticing -- or at least new -- in developed nations, it is evidently a major hit in the developing world such as India, where it has entrenched itself as a front runner in the competition. Furthermore, internet voice calling also allows people in the emerging market to significantly reduce their mobile tariff. For an example, “Skype uses 6 to 20 kbps or around 150KB per minute for a voice call. The amount a user would have to pay for this much data is a lot less than a voice call tariff. In India, for instance, that much data usage with standard internet data plans of say $2-4 per GB will provide users with over 6,820 minutes, something which would otherwise cost a user Rs 6,820 (more than $100) over a typical voice call.”, I had inferred last month.

To summarize it again, users are required to download the v2.11.561 app on their Android smartphone or tablet (users can install it on a tablet by sideloading the installation file), and ask their friends -- who already have the feature -- to call them up. As soon as the call is over, users will observe visual changes in the user interface of the app as well as an improved call button. At the time of writing, the feature wasn't active on WhatsApp’s Windows Phone and iPhone apps.