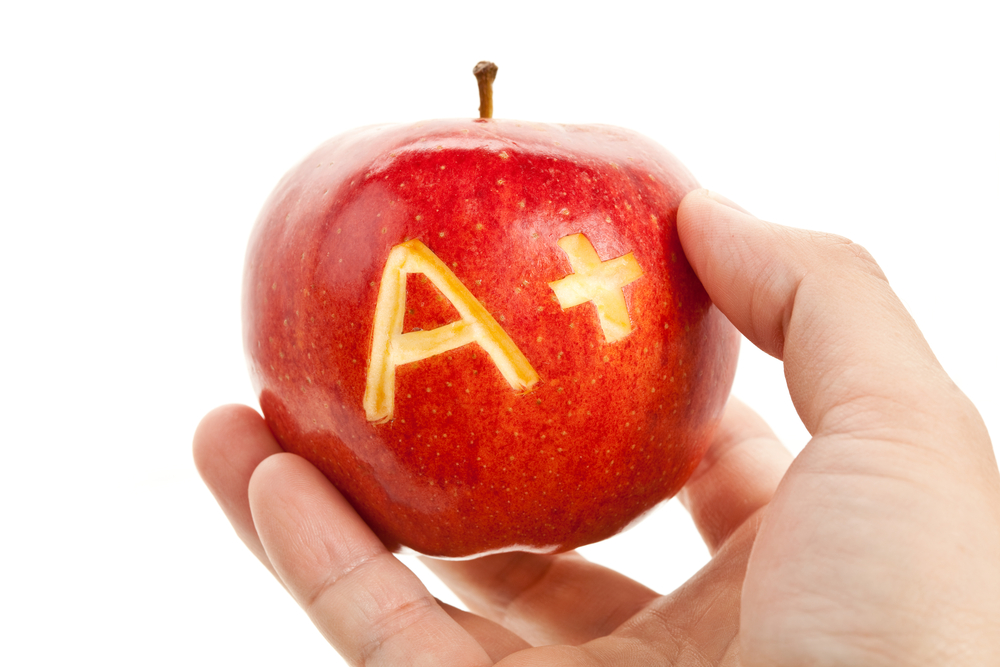 During yesterday’s WWDC keynote, Apple showed off new versions of OS X, iOS, and watchOS, as well as taking the wraps off of its new streaming music service and radio station.

While the event was going on, people were tweeting about it, and Oxford University's TheySay linguistics tool monitored Twitter from just before the keynote started to just after it ended, and then used the data from 94,528 Apple-related tweets to work out the overall sentiment, including what people thought about each of the products and services Apple covered. The result was overwhelmingly positive.

Sure, you could argue that it would predominately be Apple lovers who would be tweeting about an Apple event, but even so, there was hardly any negativity to be seen.

Dr. Karo Moilanen, CTO and co-founder of TheySay told us, "It is fair to say that no other company exists whose positive sentiment ratings are constantly so extremely high. For example, the ratios between strongly positive and negative sentiment were in most cases above 90 percent".

The positive sentiment ratings were as follows, ranked in order of positivity:

The event itself was also received very well.

Steve Jobs, understandably, still casts a large shadow over Apple events. As Moilanen says, "A most remarkable undercurrent of sentiment during the event was detected around Steve Jobs who was referred to more often than HomeKit, for example. Many tweeters referred to their dear memories of past WWDC events in which the legendary Jobs set standards to new heights. Accordingly, many comparisons between Steve Jobs and Tim Cook were made by tweeters which were anti-Cook in many cases". Jobs accounted for circa 5 percent of the references and Cook circa 12 percent.

Swift going open Open Source was seen as a baffling move by many who thought it was something that Steve Jobs would never have allowed had he still been alive.

How trustworthy is the data? Very. TheySay Ltd is a sentiment analysis company spun out of the University of Oxford in 2011, and its linguistics tool is the most advanced and accurate of its kind, not merely monitoring positive and negative sentiment but also softer human emotions like humor and sarcasm -- which is essential when monitoring the likes of Twitter.

The full data/analysis graphs can be viewed below. 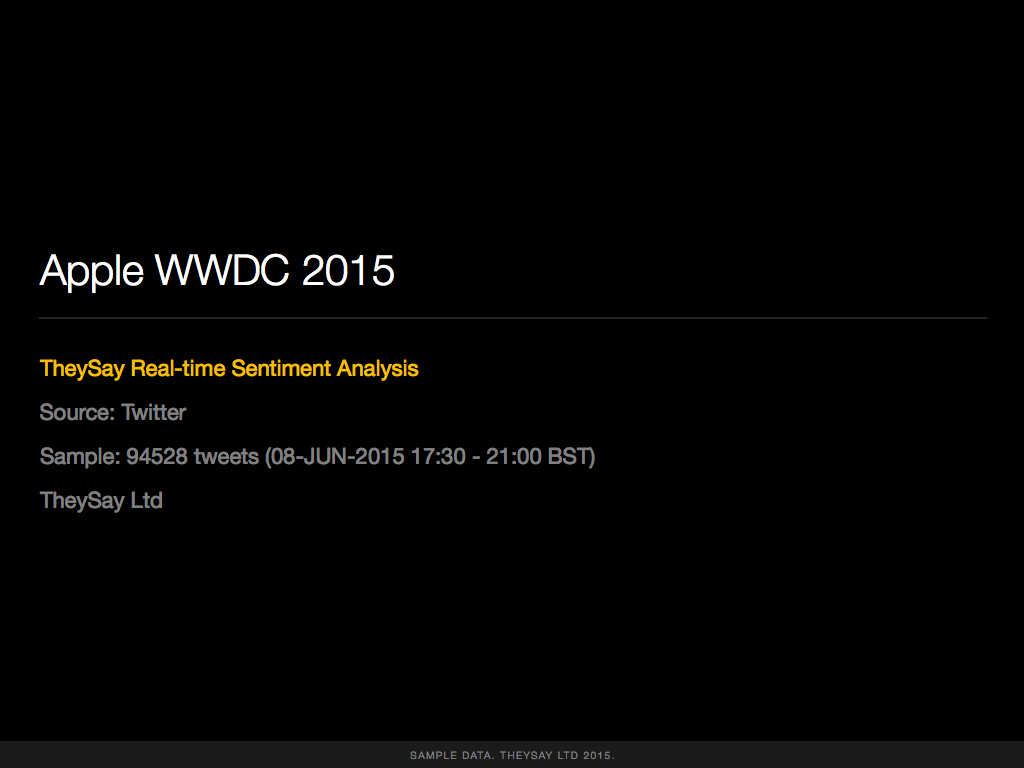 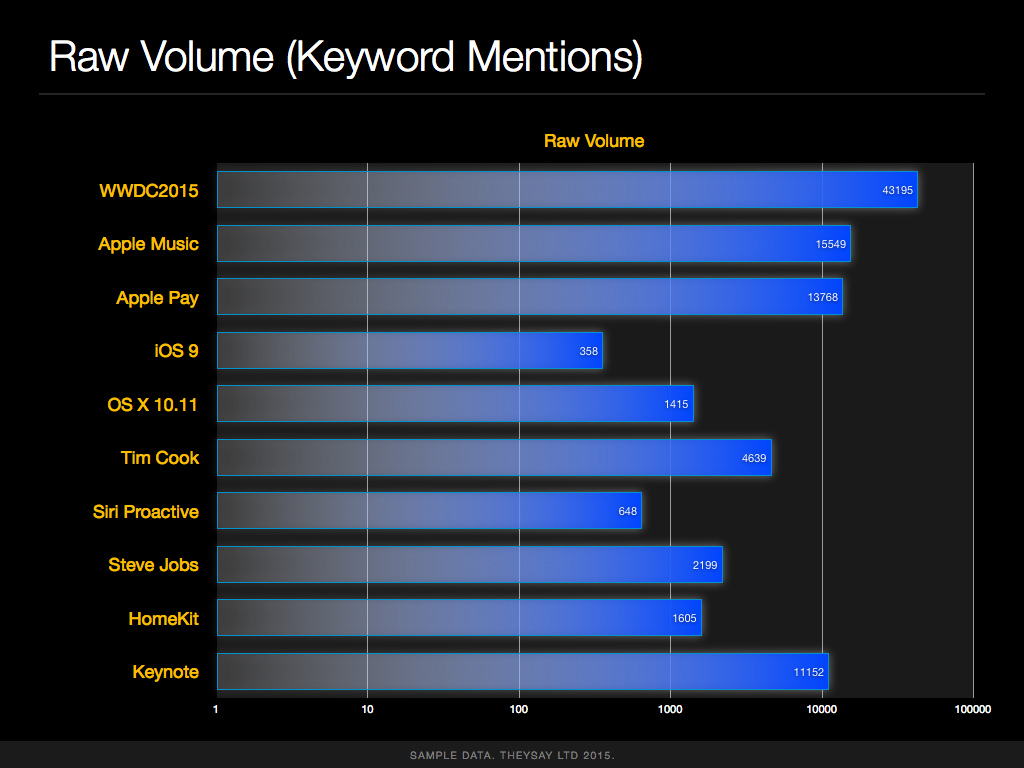 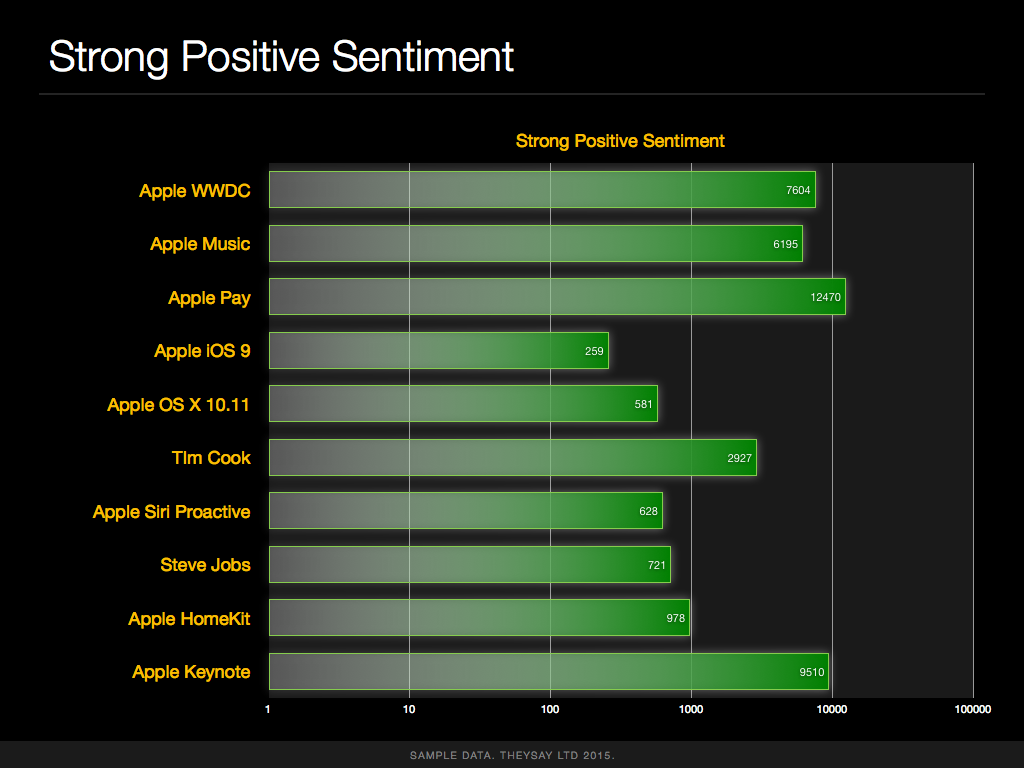 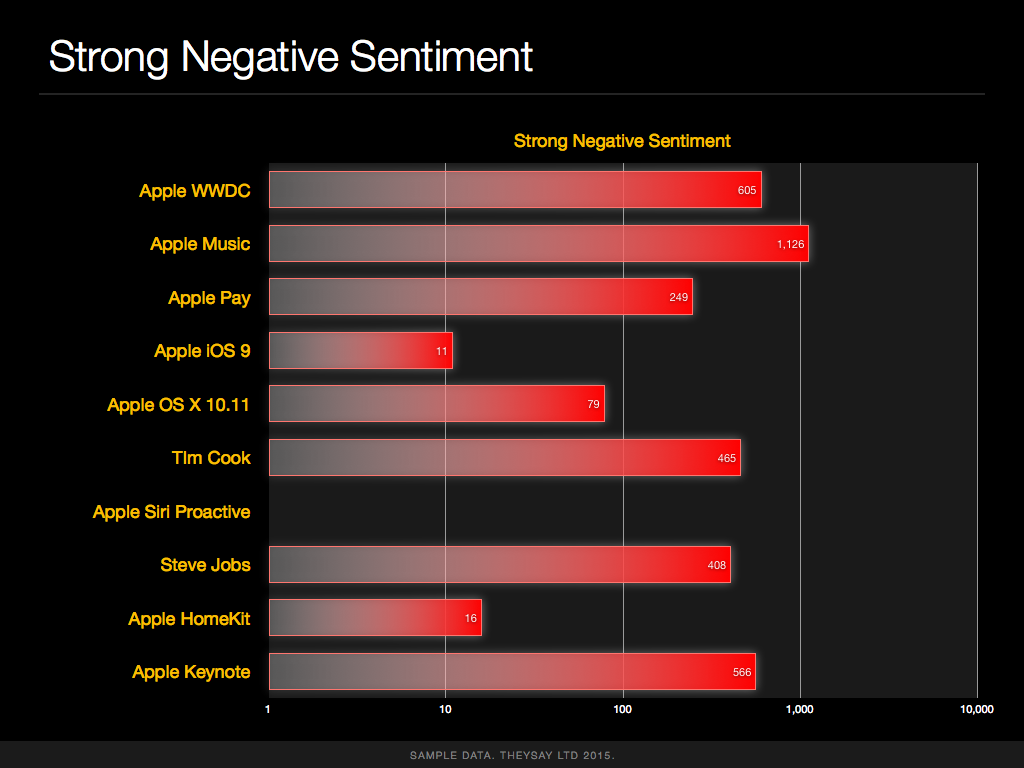 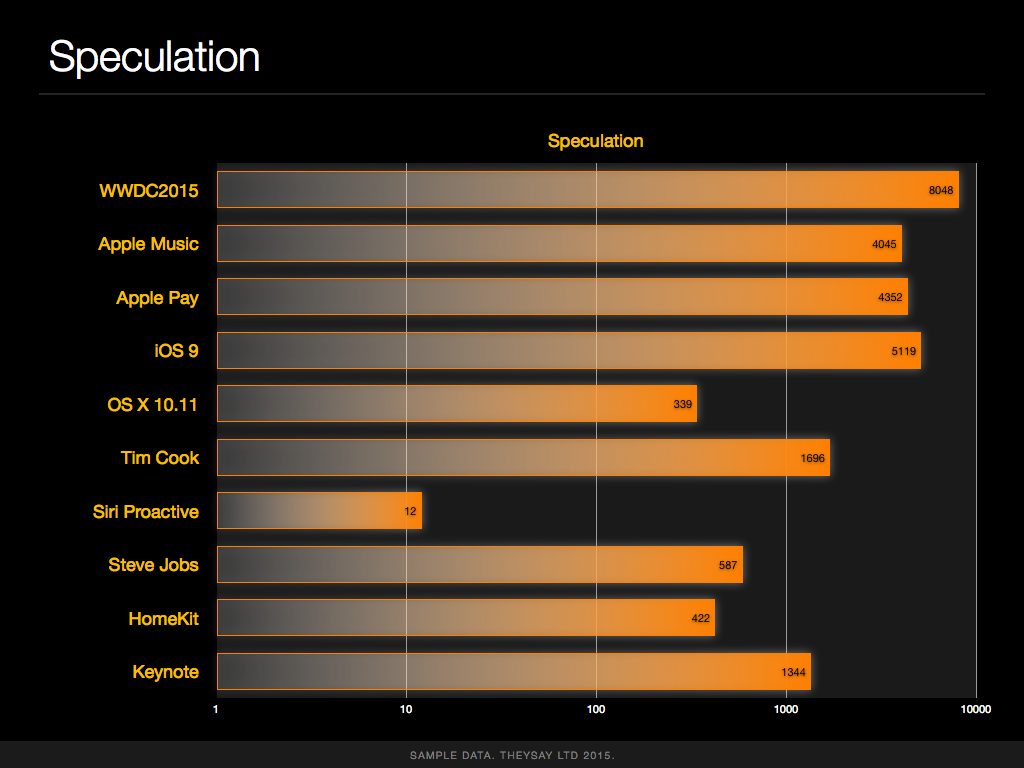 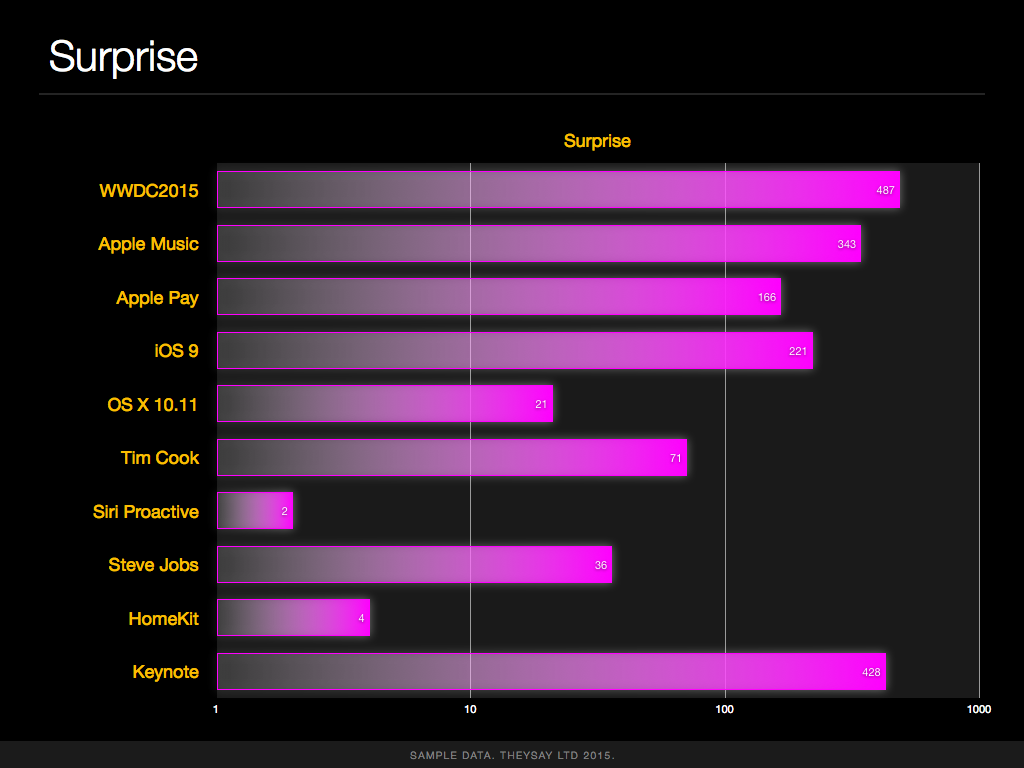 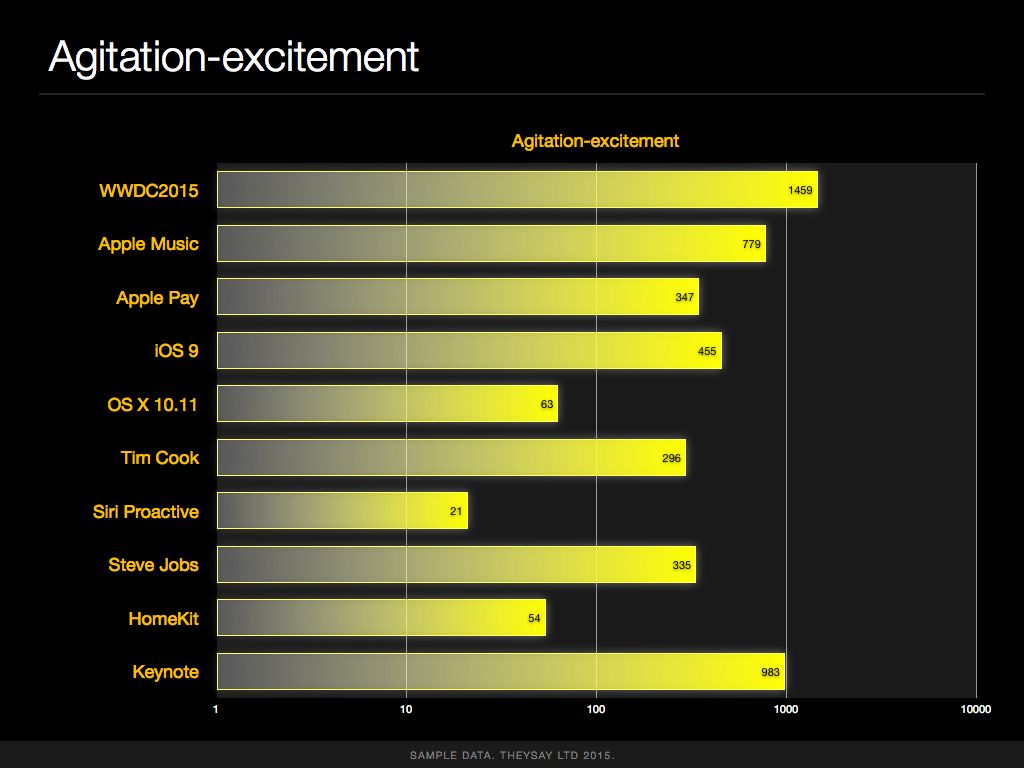 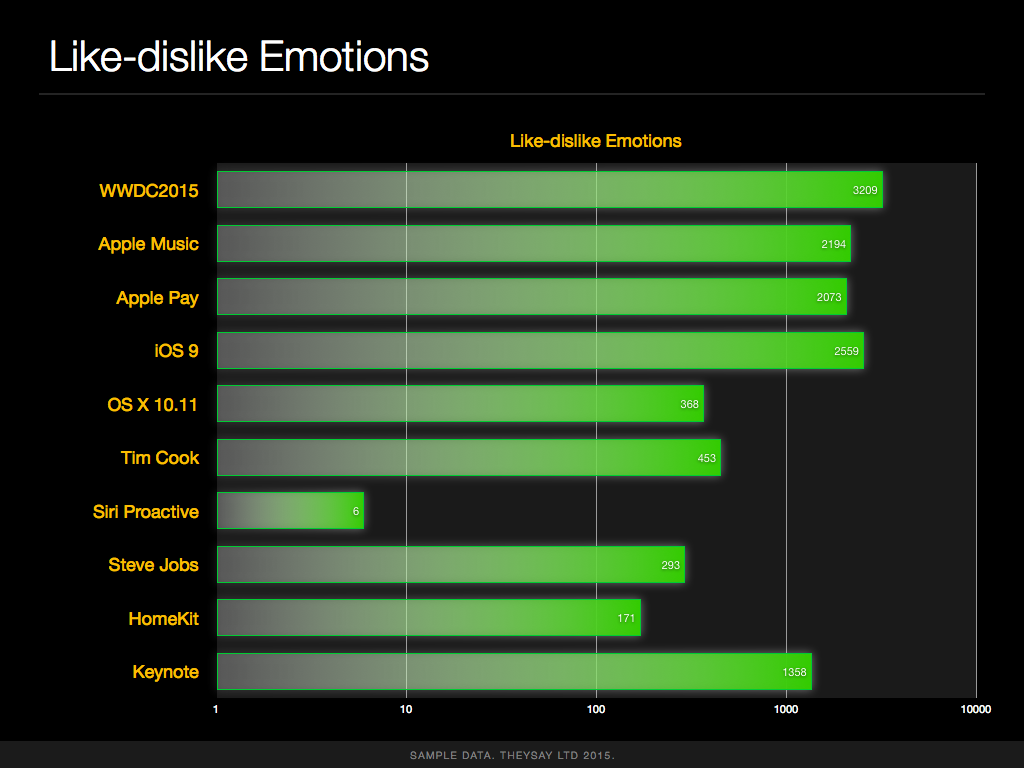