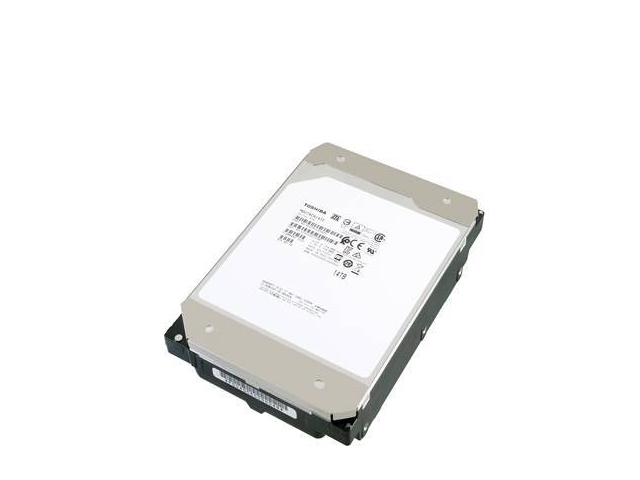 Toshiba is one of the most trusted names in storage. Not only does it offer class-leading products, but it is constantly pushing boundaries. A few days ago, the company unveiled a 10TB NAS hard drive that focuses heavily on reliability. A few months ago, it announced a single-disk 1TB 2.5-inch HDD at a very slim 7mm.

Today, Toshiba does it again. The company shows off a beautiful new 3.5-inch hard disk drive (model MG07ACA) with a monstrous 14TB capacity. While not the first drive to offer that capacity, it is the first 14TB drive that uses conventional magnetic recording (CMR) as opposed to shingled magnetic recording (SMR). This technological breakthrough is an important accomplishment, and Toshiba deserves major kudos.

When you can buy the MG07ACA is unknown at this time, although Toshiba is currently providing samples to some lucky organizations. While the drive will probably find its way into the computers of enthusiasts and other home users, it is mostly being targeted at the enterprise. After all, 14TB is some significant storage capacity -- much more than the average consumer needs for photos, games, and music.