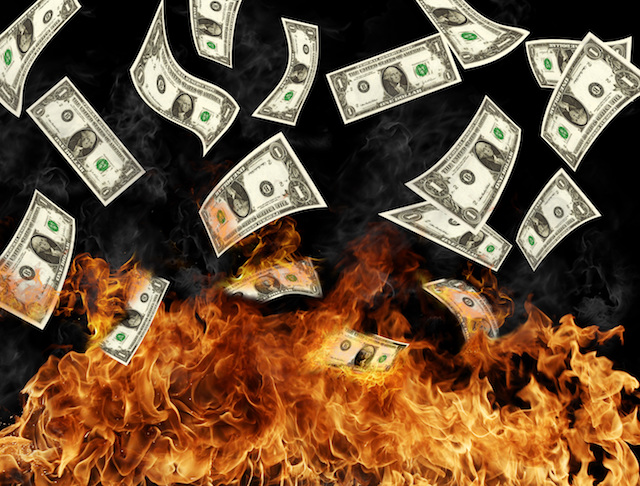 The Android market is incredibly crowded, making it very hard to turn a profit. Unless your name is Samsung, you are going to have a tough time at it. Well-known companies like LG and HTC are struggling as no-name Chinese manufacturers flood the market with low-cost devices that surprisingly don't suck. Quite frankly, you'd have to be insane to even attempt to enter the Android market. And yet, Andy Rubin did.

If you aren't familiar, Rubin was a co-founder of Android, so when he announced he was entering the smartphone market with a company called "Essential Products Inc," it made news. His backstory aside, there was absolutely no reason for a new Android manufacturer to come along. With that said, he actually did get a device produced. Called "Essential Phone," everyone knew it would fail. And now it has -- just as it was supposed to. According to a report from Bloomberg, the company is no longer developing a successor to the Essential Phone.

To make things even worse, Rubin is reportedly looking to sell the company. Here's the problem -- why would anyone want to buy it? Consumers largely passed on the Essential Phone despite countless discounts. While it looked nice and had a small notch before it was fashionable, it had a terrible camera making it a non-starter for many. The brand is tainted as a loser, and there are really no assets worth acquiring -- despite claims that it was valued as high as $1 billion a year ago. Yeah, no. Sorry.

Rubin has issued a Tweet regarding the Bloomberg report as you can see below.

We always have multiple products in development at the same time and we embrace canceling some in favor of the ones we think will be bigger hits. We are putting all of our efforts towards our future, game-changing products, which include mobile and home products.

This is not at all a denial. In fact, the statement reads to me like Rubin is simply looking to quell rumors as he looks to sell the company. I'm sure Essential employees would have appreciated a much more confident message; the Tweet is just fluff. Let's be realistic, folks -- there will be no game-changing products coming from Essential in the future. Look, not even Rubin can honestly believe Essential will compete in the smart home market at this point -- Apple can't even seem to do that.

Ultimately, Rubin made a mistake by entering the smartphone business and he is smart to end the failed experiment sooner rather than later. While some people say it is better to try and fail than not try at all, that is definitely not the case here. He wasted a lot of time and money.