Things have been quite exciting lately for fans of Linux Mint. The much anticipated MintBox Mini 2 is available for purchase, and we learned Linux Mint Debian Edition 3 should be available next month in Beta.

Of course, what fans of Linux Mint have really been looking forward to is the release of Tara -- version 19 of the operating system. It was supposed to be released by the end of June, and today, it just makes it in under the wire. Yes, Linux fans, you can download Linux Mint 19 "Tara" immediately. You can choose between three desktop environments -- Cinnamon, MATE, and Xfce.

The most significant aspect of Linux Mint 19 is the new Ubuntu 18.04 LTS base. Tara will receive updates until 2023 -- very impressive. The kernel is at 4.15, and all three desktop environments are being updated too. Mate is now at version 1.2, Cinnamon gets bumped up to 3.8, and Xfce is updated to 4.12.

Clement Lefebvre, Linux Mint Project Leader, is very high on the updated Timeshift, and he explains why below.

In Linux Mint 19, the star of the show is Timeshift. Although it was introduced in Linux Mint 18.3 and backported to all Linux Mint releases, it is now at the center of Linux Mint's update strategy and communication.

Thanks to Timeshift you can go back in time and restore your computer to the last functional system snapshot. If anything breaks, you can go back to the previous snapshot and it's as if the problem never happened.

This greatly simplifies the maintenance of your computer, since you no longer need to worry about potential regressions. In the eventuality of a critical regression, you can restore a snapshot (thus canceling the effects of the regression) and you still have the ability to apply updates selectively (as you did in previous releases). 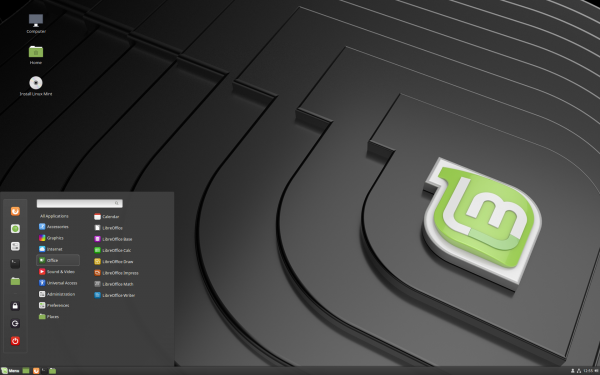 Ready to download Linux Mint 19? You can get Tara in both 32-bit and 64-bit versions using the below links.