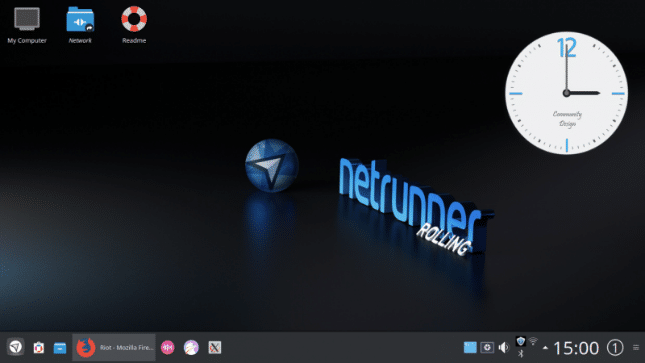 Rolling release operating systems are really cool, because they are constantly being updated. This can ensure that the user is kept up-to-date without effort. Why is that good? Well, vulnerabilities are patched quickly, while the latest and greatest features of popular programs are regularly introduced. Of course, there is a potential downside too -- it could introduce bugs that could lead to instability. Ultimately, the user must decide if a rolling release best meets their needs.

One of the best such operating systems is Netrunner Rolling. I love this Arch/Manjaro-based operating system for several reasons, but mostly for its elegant implementation of the KDE Plasma desktop environment. It is themed beautifully, providing a smooth user interface that is familiar to those switching from Windows. Not to mention, it comes pre-loaded with many excellent packages, making it a great "out of the box" Linux experience for newbies. Just in time for Easter, Netrunner Rolling 2019.04 becomes available for download -- the first ISO refresh since August of last year.

I know what you are thinking -- why does a rolling release operating system need an updated ISO? Great question. For existing Netrunner Rolling users, there really is no need to download the updated ISO, as they are already getting the updates automatically. Some folks like having updated installation media on hand, however, so there are fewer updates needed after a fresh install. This is similar to Windows users that "slipstream" OS updates into the installation media. 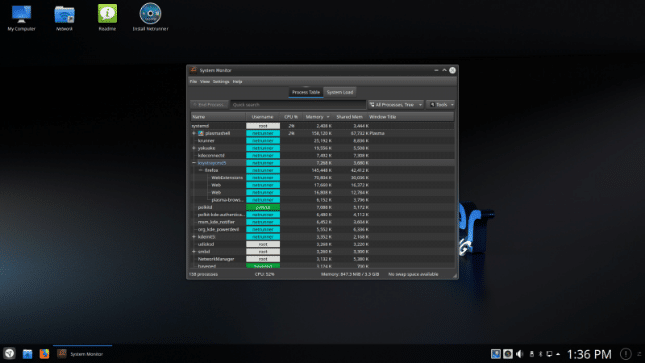 Make no mistake, though -- Netrunner Rolling 2019.04 contains some exciting updates for both new and existing users alike. In particular, users should appreciate the Firefox integration with KDE Plasma, providing a more consistent experience. Fans of KDE Plasma may find that Netrunner is one of the best examples of how great that desktop environment can really be. 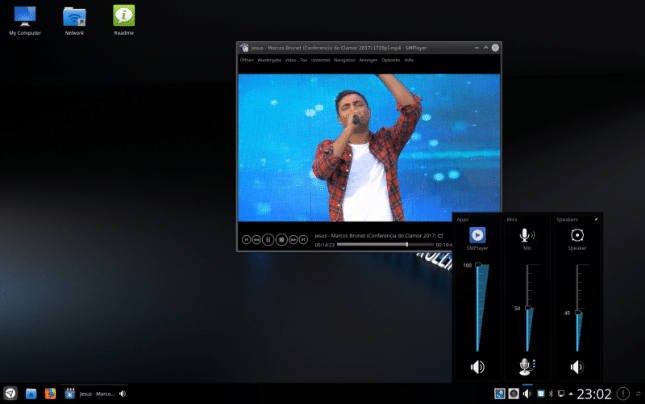 "Like its cousin, the Debian based version, Netrunner Rolling also ships a dark Look and Feel theme including the Kvantum theme engine. Using the Kvantum Theme engine plus the Alpha-Black Plasma Theme allowed us to create a more 3D-looking design. Moving the mouse into the lower right corner now visibly activates the “Minimize all Windows to show Desktop” function by a light glow. For those who prefer the classic look, going back to the well-known LNF is a three-button click and explained under 'Tips' in our current Readme Section," says The Netrunner Team. 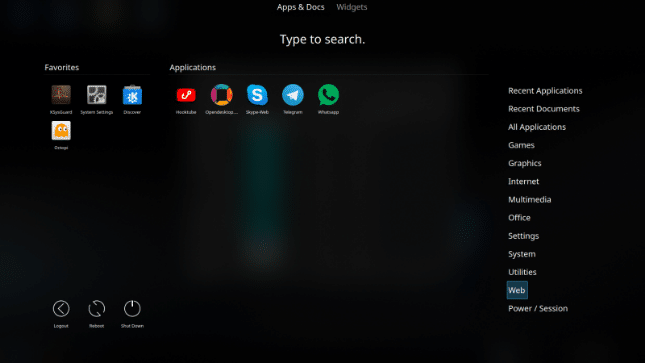 The team also explains, "2019.04 brings the addition of a new category of menu entries called 'Webapps.' These are links to popular sites that can be easily invoked by searching them via ALT-SPACE or added as launchers from the menu. As an example, try 'tele' for opening Telegram. One of these webapps is Opendesktop.org. Since Rolling has the ocs-url package installed, which associates any ocs:// urls in Firefox, one can easily surf and install most things directly via the 'Install' button instead of downloading and then manually installing stuff." 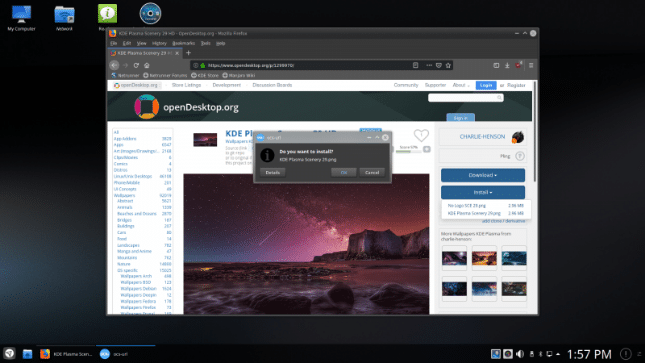 You can get the Netrunner Rolling 2019.04 ISO directly here. If the download seems slow for any reason, you can instead try the torrent link found here. If you decide to try the operating system for the first time, please share your impressions in the comments below.