Game of Thrones' divisive finale sure has people talking... Game of Thrones has never been a show to play things safe. Every time viewers thought they knew where things were going, the series would usually prove them wrong -- often with an unexpected death, or a twist hardly anyone saw coming.

The eighth and final season has just ended, and it’s fair to say -- like much of the eighth season (episode five, The Bells, in particular) -- the finale left viewers divided. I personally loved it (albeit not unreservedly), while my colleague Brian Fagioli hated it. Either way, people have been talking about it.

Social listening and analytics company Talkwalker measured the finale episode’s impact and has come up with some interesting numbers. From the last 24 hours (as of 10am Monday) there have been 708,300 social mentions and engagement (likes and shares) of nearly 16 million.

Warning: Some of these stats include spoilers, so if you haven’t seen the episode yet it’s probably best to stop reading until you have.

Even though it was the last-ever episode (spin-offs and prequels not withstanding), it wasn’t the most talked about of the series. In order they were: 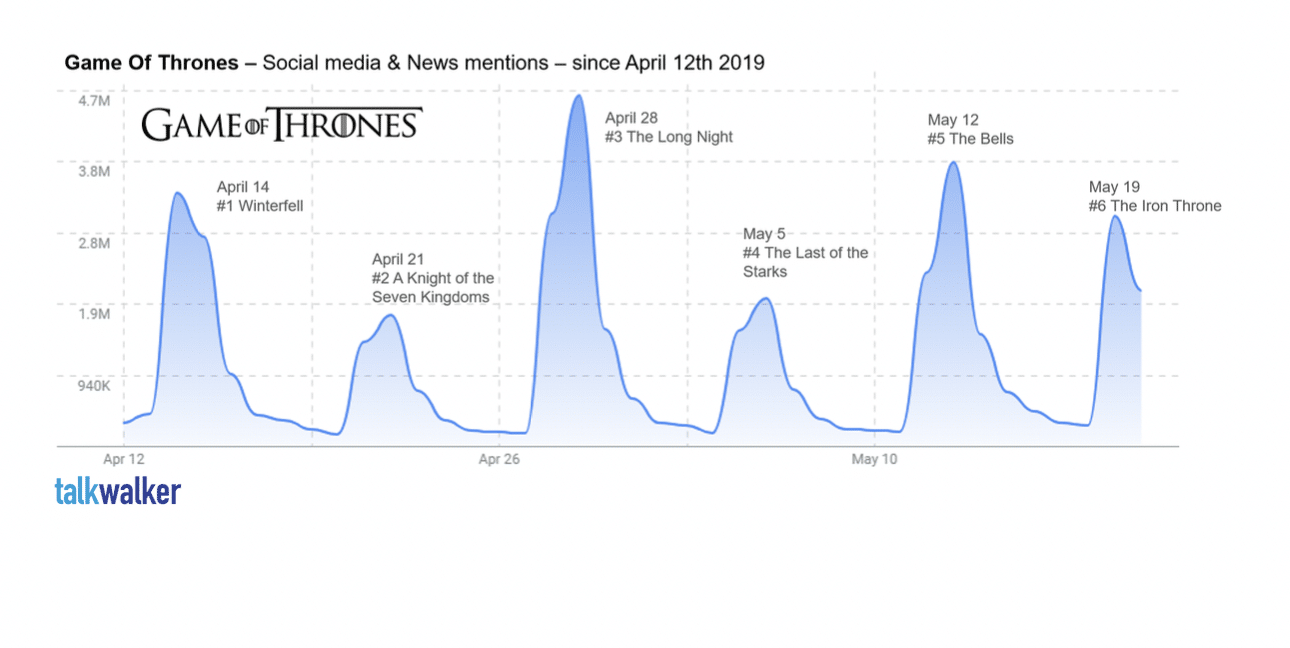