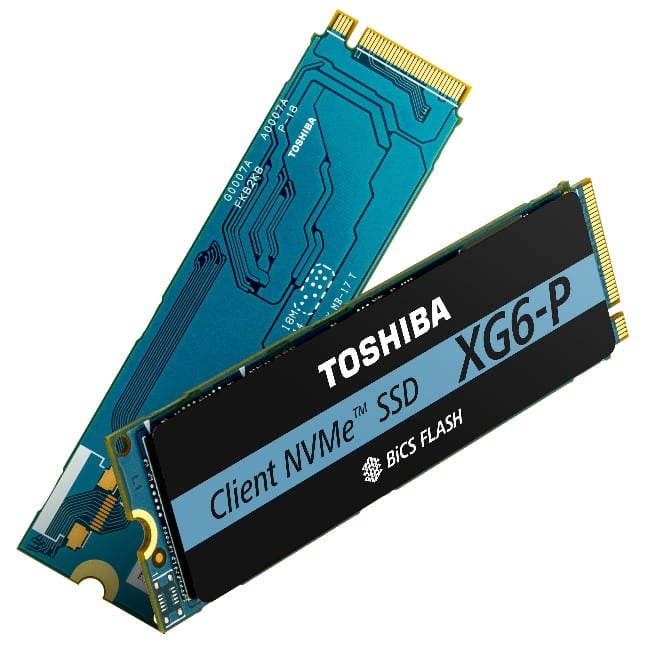 Just yesterday, CORSAIR shocked the world with the PCIe 4.0 MP600 SSD. This new drive will offer insane read and write speeds. While this new CORSAIR drive is certainly exciting, the reality is, most consumers won’t have a PCIe 4.0 compatible computer anytime soon. I’m sure plenty of early adopters will buy an X570-based motherboard and 3rd generation AMD Ryzen processor, but the majority of machines will not have PCIe 4.0 for many years.

With all of that said, NVMe solid state drives based on PCIe 3.0 will remain an attractive option for a while, and today, Toshiba announces an upgrade to its XG6 model. called "XG6-P," it offers very respectable speeds and should appeal to gamers, enthusiasts, and the enterprise too. It is likely to find itself in several laptops from PC manufacturers.

The full list of capacities is unknown for now, but we do know the top capacity will be 2TB. It is possible this -P variant will end up only being available in that capacity, actually. Pricing and availability are also a bit of a mystery, but Toshiba will begin sending samples of the PCIe 3.0 SSD to PC manufacturers next month.