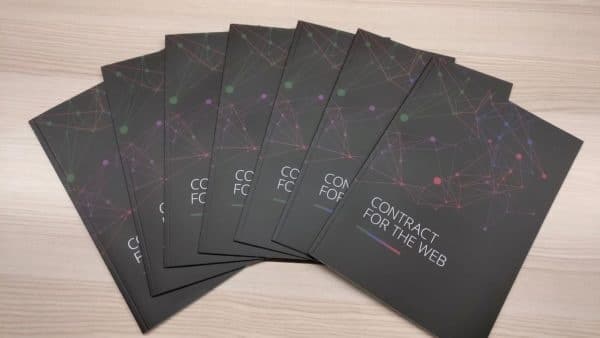 The inventor of the world wide web, Sir Tim Berners-Lee, has launched a new initiative with the bold aim of transforming the web for the better, avoiding what he sees as the very real risk of it becoming a "digital dystopia".

The Contract for the Web is the work of 80 organizations and sets out a number of key principles that will help to bring global internet access while simultaneously fighting problems such as fake news, privacy invasion and political manipulation. In all, there are just nine principles underpinning the vision; three for governments, three for companies, and three for citizens.

Berners-Lee has previously spoken of his dismay at how his invention has been abused and exploited. Now he says that we are at a "pivotal moment for the web", going on to suggest that "we have a shared responsibility to fight for the web we want".

The Contract for the Web is a collaboration between some 80 organizations, but it has the backing of more than 160. Included in this number are the likes of Microsoft, Google, Electronic Frontier Foundation, DuckDuckGo, CIPESA, Access Now, Reddit, Reporters Without Borders, and -- to the amusement of many -- Facebook.

The power of the web to transform people's lives, enrich society and reduce inequality is one of the defining opportunities of our time. But if we don't act now -- and act together -- to prevent the web being misused by those who want to exploit, divide and undermine, we are at risk of squandering that potential.

Speaking to the Guardian, he explains the importance of taking action immediately: "I think people's fear of bad things happening on the internet is becoming, justifiably, greater and greater. If we leave the web as it is, there's a very large number of things that will go wrong. We could end up with a digital dystopia if we don’t turn things around. It's not that we need a 10-year plan for the web, we need to turn the web around now".

The three principle the contract sets out for governments are:

Ensure everyone can connect to the internet

For companies, the following three principles have been put forward:

Make the internet affordable and accessible to everyone

General citizens have not been forgotten; they have three principles of their own to abide by:

Be creators and collaborators on the Web

Fight for the Web

Together, the principles seek to ensure that everyone has access to the internet and that faith in the web can be restored.

You can read more about the Contract for the Web on its official website, and help by endorsing the campaign here.