Three-hundred-and-ninety-three in a series. Welcome to this week's overview of the best apps, games and extensions released for Windows 10 on the Microsoft Store in the past seven days.

Microsoft launched a redesigned Start Menu in the latest Insider build that it released this week. The main changes make the tile backgrounds semi-transparent and introduce support for accent colors. 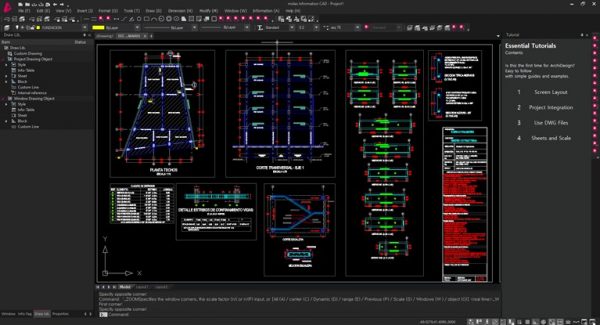 The free application midasCAD is a 2D drafting program for Windows that supports classic CAD tools as well as custom productivity tools, according to the developer.

It supports features such as multi-plotting, match draw, syncing of Microsoft Excel data, and options to save frequently used lines in workbenches.

Note that it is necessary to create an account to activate the free license.

Windows File Recovery is a new command line application for Windows 10 by Microsoft that is now available in the Microsoft Store. The file recovery application provides Windows users with options to recover deleted files.

It supports NTFS, FAT, exFAT, and ReFS file systems and may restore all sorts of file types. All it takes is to install the application from the Microsoft Store, open the terminal window, and use the command winfr followed by parameters.

A basic example is winfr C: E: /n \Users\Martin\Documents\ which recovers the Documents folder of the user Martin on the device to the root of the E: drive.

The Amazon Prime App for Windows is now available officially. Users from the United States may test the upcoming Watch Party feature already.