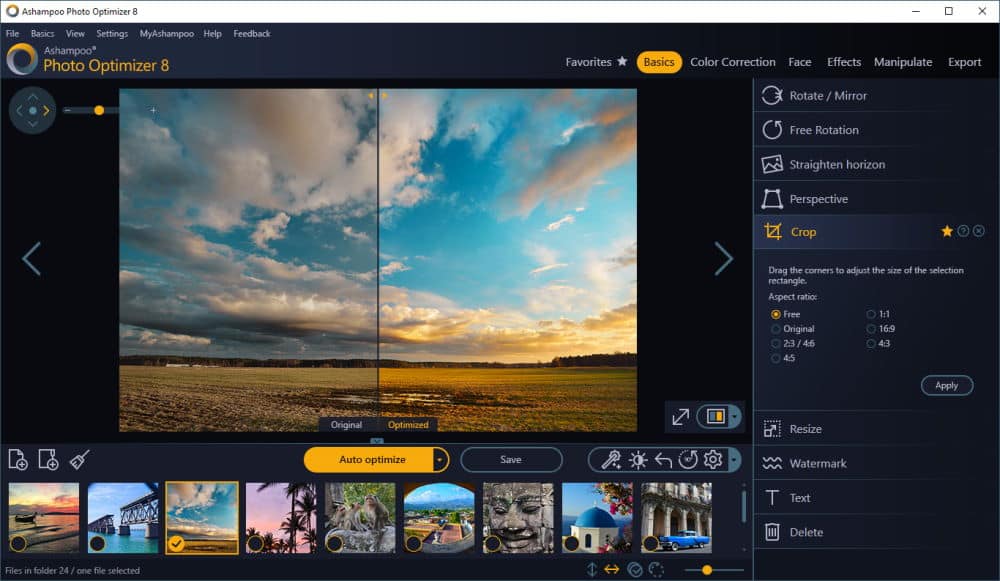 Photo Optimizer 8 opens with what Ashampoo admits is a 'significantly improved' 1-click correction tool, designed to detect potential weaknesses in the original photo and provide improvements with no user involvement required. The improved algorithm has undergone two years of development and trial runs, with many thousands of setting combinations tested to help lift photos suffering from dull colors, poor lighting and a lack of contrast.

Version 8 also unveils several new fine-tuning options for those users looking for manual control over photo improvements. These include color temperature adjustments, and a light curves tool that focuses on shadows, mid-tones and highlights. All changes are easily reversible, allowing users to experiment freely and safely.

A new photo perspective correction tool has also been added, to help fix issues with 'slanted' shots that particularly plague photos of buildings. Both horizontal and vertical planes can be corrected with the tool.

Finally, Photo Optimizer 8 has also been tweaked to improve its performance thanks to better use of available system RAM on more powerful machines, which should improve how the app handles large folders and photos. 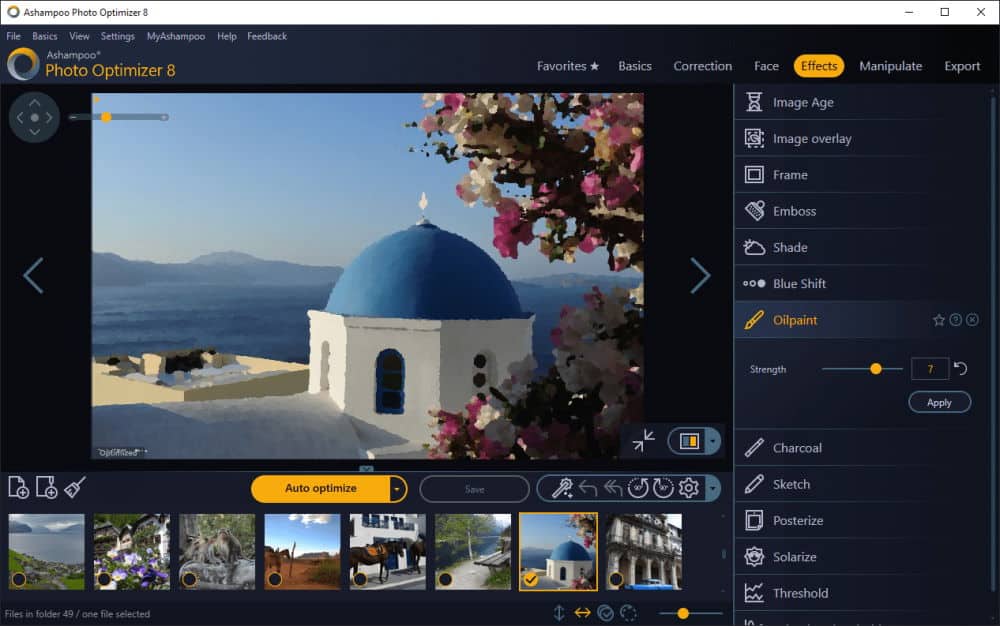 Ashampoo Photo Optimizer 8.0 is available now as a free trial download for PCs running Windows 7 or later (64-bit only). A brand new license is currently available for $29.99, while users can upgrade from any previous version for just $15.