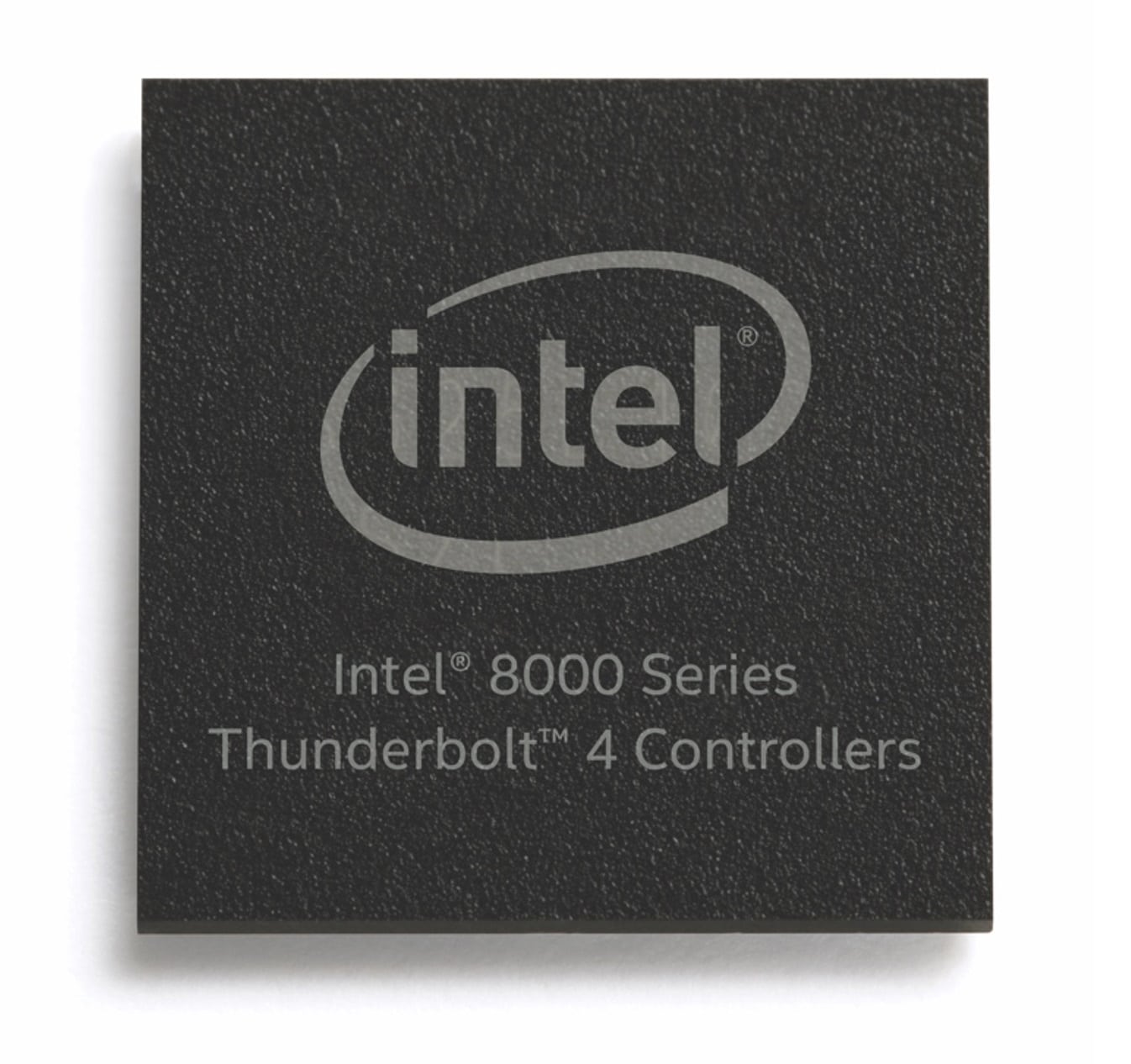 Thunderbolt 3 has been a game-changer for many consumers, allowing them to connect very powerful docking stations and fast external SSDs to their laptops. While the third-gen of Thunderbolt has been more popular than previous generations, it still hasn't gained huge adoption by computer makers. Sure, Apple and some Windows laptop manufacturers have embraced it, but good ol' USB-A still reigns supreme. It doesn't help that most AMD-powered computers don't have TB3. This will likely change when Thunderbolt 3 is folded into the upcoming USB 4.0 standard.

Intel isn't satisfied to rest on its laurels, however, as it is continuing to push boundaries. Technology must be moved forward, and today, Intel officially announces Thunderbolt 4! And yes, it uses the same USB-C connector. If you are concerned about all of your existing Thunderbolt 3 devices becoming obsolete -- don't be. Intel promises all TB3 and USB-C devices will be compatible with TB4. Best of all, TB4 will add protections to help prevent the kind of vulnerabilities found in TB3.

"For the first time, Thunderbolt 4 will offer docks with up to four Thunderbolt ports and universal cables up to 2 meters in length. Intel’s upcoming mobile PC processors, code-named 'Tiger Lake,' will be the first to integrate Thunderbolt 4. Intel also announced the Thunderbolt 4 controller 8000 series, compatible with the hundreds of millions of Thunderbolt 3 PCs and accessories already available. Thunderbolt 4 developer kits and certification testing are now available," explains Intel.

The Pentium-maker also says, "Thunderbolt 4 builds on the innovation of Thunderbolt 3 for a truly universal cable connectivity experience. Thunderbolt 4 always delivers 40 Gbps speeds and data, video and power over a single connection. It is the most comprehensive Thunderbolt specification yet with compliance across the broadest set of industry-standard specifications -- including USB4, DisplayPort and PCI Express (PCIe) -- and is fully compatible with prior generations of Thunderbolt and USB products." 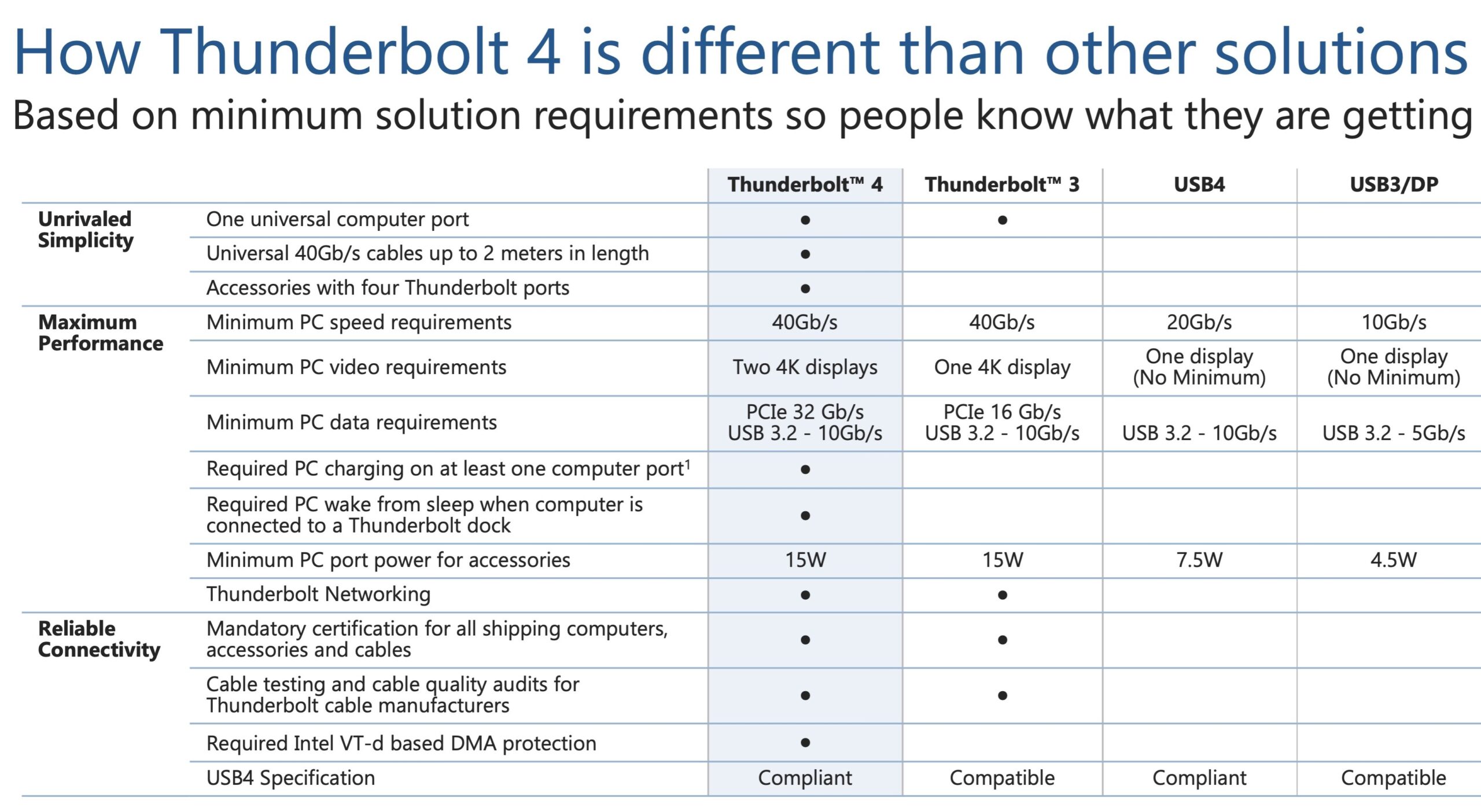 You can see the benefits of Thunderbolt 4 in the above chart. It remains to be seen if AMD motherboard-makers will embrace TB4, plus, it isn't clear if ARM-based Mac computers from Apple will support it either. With that said, we are still in the very early stages of Thunderbolt 4, so our questions may not be answered until it is released later this year. What we do know for sure, however, is TB4 is definitely something to be excited about!