Three-hundred-and-ninety-six in a series. Welcome to this week's overview of the best apps, games and extensions released for Windows 10 on the Microsoft Store in the past seven days.

Some Windows 10 users noticed after the installation of a recent update for Windows 10 that certain applications, Notepad and Paint in particular, were no longer available on their system. Mark explains how these can be restored here. 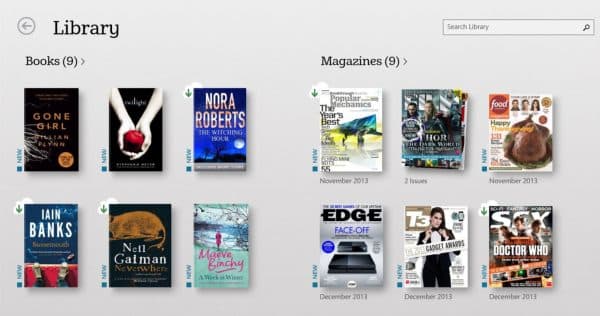 Barnes and Noble's NOOK app for Windows 10 allows you to read books on your computer. The app unceremoniously disappeared from the Microsoft Store in April, leading people to speculate that it had been discontinued.

It has now returned however, and allows users to sample NOOK Books for free and try any newspaper or magazine for 14 days. 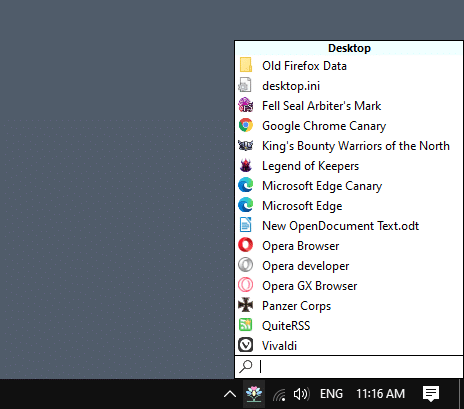 System Tray Menu is a new Microsoft Store application; it is a program and shortcut launcher that displays shortcuts and links when you activate the menu in the system tray area.

First thing you need to do is select a root folder. You can create a new folder or pick the Desktop, Start Menu folder or similar system folders.

The program includes a search option to find programs quickly. 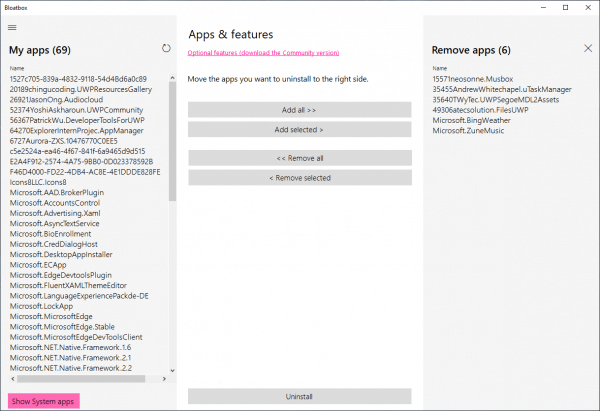 Bloatbox is a Win32 application and not a Windows Store application. It can be used by system administrators to remove more than 100 different Windows apps and system apps (UWP) from the system. While it is possible to do the same with PowerShell directly, it is more convenient to use the program for the task.

You can read more about it in Wayne's story.

.NET 5.0 Preview 7 released with performance improvements and other changes.