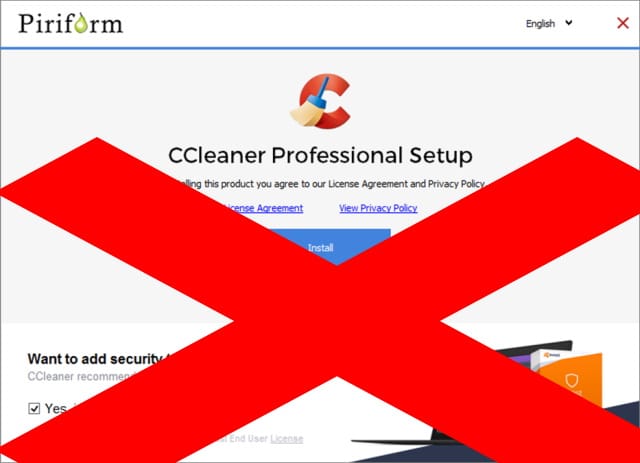 If you have tried to install the Windows cleanup utility CCleaner recently, you may have noticed that Microsoft Defender springs into action warning you that it is a potentially unwanted application (PUA).

This is not the first time Piriform CCleaner has got on the wrong side of Microsoft -- it was previously blocked from being mentioned in the Microsoft Community forums. The Avast-owned software has been popular with people seeking to tidy up and optimize Windows 10 for a number of years, so what's going on and why does Microsoft flag it up as a PUA?

The problem stems from the fact that there are multiple installers available for CCleaner, and not all of them are without baggage. Many of them include optional software such as browsers, toolbars and antivirus tools, and this is giving Microsoft cause for concern.

Over on the Microsoft Security Intelligence site, the company fully explains the reason for flagging up the popular software:

Certain installers for free and 14-day trial versions of CCleaner come with bundled applications, including applications that are not required by CCleaner or produced by the same publisher Piriform. While the bundled applications themselves are legitimate, bundling of software, especially products from other providers, can result in unexpected software activity that can negatively impact user experiences. To protect Windows users, Microsoft Defender Antivirus detects CCleaner installers that exhibit this behavior as potentially unwanted applications (PUA).

The installers detected as PUA include CCleaner installers that have been found bundling the following applications. Note that these are normal applications that are not detected by Microsoft Defender Antivirus.

While the CCleaner installers do provide an option to opt out, some users can easily inadvertently install these bundled applications.

Microsoft points out that it is possible for Avast Free Antivirus to be downloaded and installed in the background, and that the software can result in Microsoft Defender being disabled -- which is something the company is obviously not keen on.

33 Responses to Microsoft Defender warns that CCleaner is a 'potentially unwanted application'... here's why