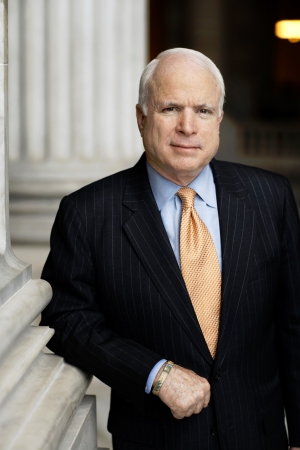 The day after the US Federal Communications Commission voted unanimously to begin debate on the possible introduction of new federal regulations governing how Internet service providers may delineate and manage services for their customers, Sen. John McCain (R - Ariz.) announced he will be proposing simple and swift legislation that would forever separate the Internet from the FCC's purview.

Sen. McCain's office presented Betanews with the very latest draft of the bill this afternoon, which has yet to be reported to the floor (thus it does not yet have a number), and has within the last few hours been renamed the "Real Stimulus Act of 2009." Its earlier name, the "Internet Freedom Act," clashed too strongly with competing pro-net-neutrality legislation introduced earlier this year in the House. As it stands now, it's only a two-page bill, the principle clause of which reads: "The Federal Communications Commission shall not propose, promulgate, or issue any regulations regarding the Internet or IP-enabled services." Exceptions would be in cases of national security, to ensure public safety, or to aid in law enforcement activities; and existing regulations to that effect would still be considered in effect.

In a statement yesterday, Sen. McCain attempted to explain the "stimulus" theory of his bill: Although it contains no government subsidies, unlike recent stimulus bills, he feels that keeping wireless services free from government regulation will enable job growth through continued investment in service expansion.

"This government takeover of the Internet will stifle innovation, in turn slowing our economic turnaround and further depressing an already anemic job market. Outside of health care, the technology industry is the nation's fastest growing job market. Innovation and job growth in this sector of our economy is the key to America's future prosperity," reads a statement from his office. To that, the Senator added the remark that his bill "will allow for continued innovation that will in turn create more high-paying jobs for the millions of Americans who are out of work or seeking new employment. Keeping businesses free from oppressive regulations is the best stimulus for the current economy."

Sen. McCain is already very much on record as believing that the Internet, unlike the public airwaves, is a culmination of collected services that are contributed by private enterprises, and that each of those enterprises has an exclusive stake to its share of the contribution. At the All Things D conference in May 2007, when he was still seeking the Republican nomination for President, McCain told the audience, "When you control the pipe, you should be able to get profit from your investment."