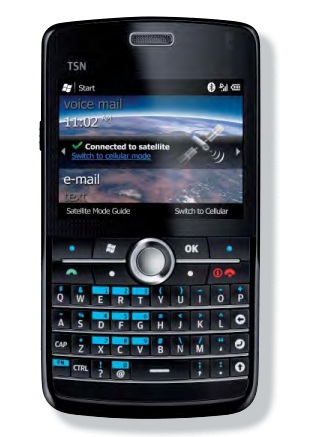 In July, I wrote an article called "Hybrid satellite cell phones aren't far off," in which I talked about Terrestar Networks and SkyTerra Communications, two companies that have reached the point of satellite launch in their hybrid MSS/cellular networks.

It looks like those launches could be even closer to becoming a reality.

Today, Terrestar announced that the FCC has granted it authority to integrate its 20 MHz "S Band" spectrum with cellular networks. The licenses the FCC gave are called ATC, or "Ancillary Terrestrial Components" licenses, which authorize ground-based infrastructure to flesh out satellite coverage.

ATC companies began appearing before the FCC as many as six years ago, but the approaching "spectrum crisis" -- when our need for wireless bandwidth exceeds our present capacity -- has recently helped companies such as Terrestar expedite the construction of their networks. In fact, Terrestar said the FCC granted "a number of technical waivers...that will permit Terrestar to integrate ATC capability more efficiently."

So now, Terrestar has its first of three expected satellites launched, its first dual-mode Cellular/ATC handset (the Windows-Mobile powered "Genus" bound for AT&T, pictured above) in the pipeline for approval, and clearance to set up its land-based network.

With all these factors in place, Terrestar expects to have commercial service up and running before the end of the year.