Apple's new iMacs are equipped with Intel Core i3, i5, or i7 processors offering speeds between 2.93 GHz and 3.6 GHz, have up to 16GB of faster 1333 MHz memory, discrete ATI Radeon HD craphics cards, (including the HD 5750 with 1GB GDDR5 on the top end,) and configure-to-order storage solutions with up to 2TB hard drives or 256GB solid state drives. 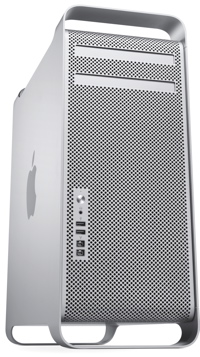 Apple's new Mac Pro line now supports up to 12 processor cores, with quad- and six-core Intel Xeon processors running at speeds up to 3.33 GHz, comes with the ATI Radeon HD 5770 graphics processor with 1GB of memory, or can be configured with the faster ATI Radeon HD 5870, and support for up to four 512GB SSDs or four 2TB SATA HDDs and up to 32GB of RAM.

The new Mac Pros will be available both online and in retail stores in August. 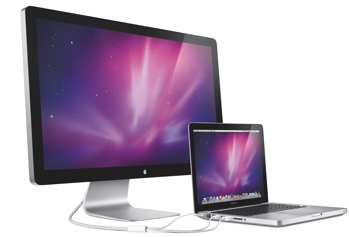 The new LED Cinema Display is 27" edge to edge with a 2560 x 1440 resolution and 16:9 aspect ratio. It comes with a built-in iSight video camera and microphone, inegrated MagSafe charger for Mac notebooks, stereo speakers, Mini DisplayPort input, and a powered three-port USB 2.0 hub. It will be available in both Apple's retail stores and online in September for $999.