The Hype vs. the Science of digital eyewear

Maintaining skepticism is good practice for consumers, but even moderate consumer skepticism can play serious hell with a company that pushes its product too hard. This is especially true among tech adopters. Betanews' Tim Conneally takes an objective look at Gunnar Optiks and the value of their "digital eyewear" against the skepticism it elicits.

Anyone who spends enough hours on the Web will eventually learn to recognize targeted marketing; but people who follow cutting edge technology face an especially large amount of product marketing and sales pitch hyperbole.

So when a product geared toward the health and wellness of this audience comes down the marketing hypeline, there are bound to be cries of "snake oil!" even if it is legitimately beneficial.

If you do a Web search for the company Gunnar Optiks, you'll find this reaction is common. The company makes special eyewear for video gamers and computer users designed to alleviate some of the stress of long hours of staring at screens. But Gunnar has such aggressive marketing tactics that people have been left wondering what to believe.

There are plenty of anecdotal product reviews where people said Gunnar Optiks glasses were helpful; but even still, the first suggested searches in Google for the company are "Gunnar Optiks scam" and "Are Gunnars worth it," meaning there are a lot of queries for this information. 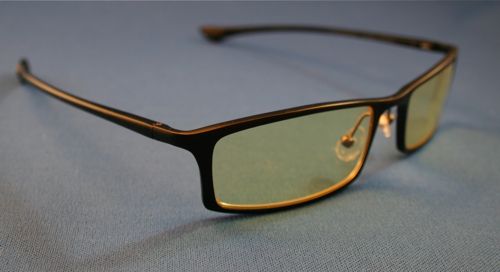 This marketing strategy makes Gunnars look like patent medicine, but Ars consulted an eye doctor who said the eyewear indeed could be beneficial.

But to add to the skepticism, Gunnar's investors have a history of banking on low investment/high yield companies. In December, it came out that Curtis Jackson, aka rapper 50 Cent was a celebrity investor in the company. Jackson's career as an investor has proven more lucrative than his entertainment career, and from an early 10% equity investment in Energy Brands (Glaceau/Vitamin Water,) he reportedly made $400 million in 2007. 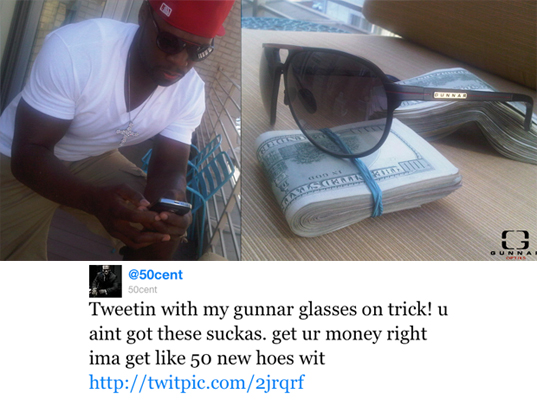 The result of the whole thing is a dangerously high level of hype. Would you trust these guys if they told you that you should wear specially crafted eyeglasses for playing video games or using your PC, even if you already have 20/20 vision?

Of course not, and that's what you'll find when you search for people's opinions on Gunnar Optiks.

But Gunnar's founder Joe Croft told us the hype outweighs the science to improve their chances of market adoption.

"There are times when we've been accused of having 'slick marketing' which could possibly detract from the medical message," Croft told Betanews. "From day one, we realized we were making something that is inherently uncool, computer safety eyewear. In order for it to become socially acceptable and widely adopted, you've got to make something uncool very cool. And that's where it doesn't hurt to pull in the celebrities, and forge these partnerships, and make a big deal out of the image side of it. " 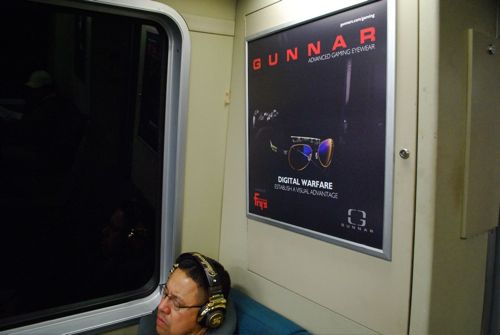 Gunnar's marketing team doesn't play up the fact that it's recognized by the United States' single largest vision insurance provider, VSP Vision Care, or that it's a member of the Vision Council of America alongside hundreds of optical industry suppliers like Corning Inc. and Nikon Optical USA.

"There isn't really a single stamp of approval to say: yes, this is a medically beneficial product." Croft said. "And at the end of the day, every mom in the world would love to have their kid who's playing tons of video games wear safety glasses, but it's a brand killer if Mom says 'Here, Johnny, you have to wear these.'"

"You have to work the opposite angle," Croft continued. "You can make it cool with all the pro gamers and influencers and all the guys that Johnny aspires to be…once you have them, it's an easy sell at that point. Because mom then doesn't know what they are, but when she finds out they protect your eyes, she's okay with them. That's exactly what we're going for."

Aside from the company's appeals to "Johnny Gamer" and claims that its eyewear helps improve performance in video games (which I chose not to address in this article), Gunnar Optiks addresses two legitimate issues:

The causes of CVS, which is broadly categorized as Asthenopia (or simply "eyes strain,") are many, but can be boiled down to: sustained focus on a short- to middle-distance point, decreased blink rate (6-8 blinks per minute instead of the normal 16-20,) shifting ambient light conditions and prolonged focus on a radiative light source (the screen.)

Gunnar's "Indoor products" unequivocally do strive to dampen the impact of these causes. Like Ars Technica did in 2009, I too went to my local optometrist to get both the Gunnar Optiks lenses checked out, and to get myself checked out to see if they could actually help me, since I spend 12 hours a day on a computer.

Since I have an uncorrected astigmatism (a bonus discovery from writing this report!) the non-prescription glasses Gunnar Optiks sent me wouldn't benefit me all that much. However, the doctor said the anti-reflective coating on both sides of the lenses was high quality and good for reducing eye strain, and that the amber tint was useful, though its application is a technique that was once much more common than it is today.

Gunnar says its lenses are specially shaped and treated to increase the humidity around the eye to compensate for lowered blink rates. Dr. Melissa Shear O.D. said the particular style glasses I was wearing would be much less beneficial than a simple .25% Polyethylene Glycol eye drop, but there was no reason a more wraparound style wouldn't help.

The bottom line is that they cannot hurt your eyes, and can provide at least a modicum of protection from fatigue and dryness. At upwards of $189 a pair, are they worth the cost? Some of them are, but not because of the protection they offer, just because they look that good.

I guess for Gunnar Optiks, hype may outweigh the science, but for me style outweighs hype.

3 Responses to The Hype vs. the Science of digital eyewear