I jumped on the 'Dump Go Daddy Day' bandwagon 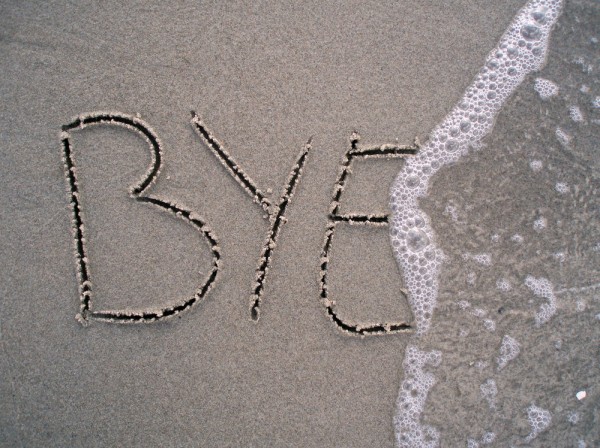 Today is unofficially "Dump Go Daddy Day", as people across the Internet express their outrage at the registrar's open support (retracted six days ago) for proposed legislation Stop Online Piracy Act, or SOPA. I still contend there's hysteria here, by singling out Go Daddy and ignoring other SOPA supporters. But the registrar is easy target, in part because people can so easily protest SOPA by moving their domains, and there is founder Bob Parsons' lingering public image problems -- if for no other reason than the "elephant incident".

My decision has little to do with the anti-Go Daddy mob but several considerations, SOPA being just one. While Go Daddy customer service has been good, I never liked the idea of moving my domains there. The garish website and other attributes about the business bothered me. But Go Daddy offered cheap domains compared to Network Solutions. Then came Parsons' elephant hunting video in March, and that really bugged me. SOPA support added to my displeasure. Finally, after calling NSI yesterday, I got an acceptable transfer deal that makes good economic sense right now.

I want to address something before telling my domain transfer story: There's a strange irony to Go Daddy's SOPA support -- or perhaps not. The registrar is fighting off several copyright infringement lawsuits, including one from the Academy of Motion Picture Arts and Sciences. Infringement would make Go Daddy liable to all kinds of nastiness if SOPA became law.

House representatives introduced SOPA in late October, following Senate bill PROTECT IP ACT, or PIPA, introduced in May (Review the bills for yourself: PROTECT IP. SOPA.). Either bill would give the government broad powers to take down websites, seize domains and compel search engines from indexing these properties. Little more than a request from copyright holders is necessary. It's essentially guilty-until-proven-innocent legislation that would punish the many for the sins of the few, while disrupting the fundamental attributes that made the Internet so successful and empowered so many individuals or businesses to accomplish so much.

Go Daddy is a potentially big infringement target, since it registers and hosts domains. Perhaps executives hoped to mitigate problems with entertainment industry infringement lawsuits or to influence SOPA's refinement, potentially limiting liability should it, or PIPA, become law. Whatever the motivation, Go Daddy stopped supporting SOPA on December 23.

I initiated transfer of 25 domains, from Go Daddy to Network Solutions, late yesterday afternoon. I had forgotten Tucows is a registrar and would have contacted them otherwise. Melbourne IT ranked high on my list of choices, but from past experience the time difference between Australia and the United States is a problem when support is needed. I have 34 domains with Go Daddy, the majority transferred there from NSI over the last two years. The nine left behind mostly represent those ineligible for the deal offered (.tv, for example) and a few domains I don't care about keeping. Network Solutions charged me $6.99 per domain and $6 per private registration. Other registrars offer better deals, but I wanted to go back to NSI. The transfer keeps existing time I have for each of the domains and adds 12 months to it. Private registration is for 12 months only.

My budget is tight after Christmas, but my father-in-law generously gave cash, which, coincidentally, just covers the cost of the domain transfers. By the way, domain name prices go up in mid January everywhere. I got 12 months more for each of mine, with private registration, at a bargain price -- well compared to what Go Daddy and Network Solutions typically charge -- and locked in before price increases. From that perspective, the economics made enough sense for me to spend now.

I often make decisions based on intuition. I had felt antsy about Go Daddy for a long time, well before this SOPA business started. Transferring back to NSI felt good, despite the $350-plus spent doing so. I acted yesterday because, coincidentally, two domains expire today.

Transferring domains isn't difficult, certainly nothing like when I got my first in August 1995. I called Network Solutions to begin the process over the phone, while unlocking them in the Go Daddy control panel at the same time. If you don't unlock the domains, and they should be locked otherwise, the transfer will be denied. Later I went through each of the domains in Go Daddy's control panel requesting activation code for each; these were emailed. Then I waited on NSI to send me email for accepting terms and service for each domain, after which I went to "Transfer Status" in the domain manager to enter the codes sent by Go Daddy. This process begins the official transfer request.

If you have a domain and don't use private registration, you really should. Otherwise your information goes into the public WHOIS database. For me, it's not a privacy issue. I like the concept of an open database of domains. But spammers like the concept even more. Spammers mine WHOIS for personal information. Within four months after I first used private registration, the volume of spam going to the primary email address declined by over 95 percent. So I'm pissed at Go Daddy compelling me to put the info into the clear.

Go Daddy uses a separate operation to manage private registration, but I couldn't log in. So I called support for assistance (and reset the password). I really, really, really felt sorry for the guy on the other end of the line. Typically when I've called Go Daddy in the past, service reps were friendly and jovial. This guy was polite but clearly haggard. He understood that I must be turning off private registration to transfer domains. He asked if I knew that Go Daddy had changed its stance on SOPA. I panged with guilt, realizing it can't be a good time to be working for Go Daddy, at least in his role. I then called Network Solutions, to make sure the transfer requests had been re-initiated. They're now pending ICANN registry approval.

Yesterday I asked: "Who's dumping Go Daddy to protest SOPA?" Dora Smith is "dumping Go Daddy! I don't want to do business with any company in that much of a hurry to empower the government to dump my website, with no due process and no recourse, should I become the target of a copyright dispute, which are commonplace on the Internet. Copyright law is often misunderstood and often abused. It was meant to be civil law and needs to stay that way".

Go Daddy no longer supports SOPA or PIP or any of the things the crowd doesnt want them to support. But the crowd is leaving anyway. Good message to send the rest of the SOPA supporters. Back down and we will still boycott your company. Might as well stick with SOPA because changing your stance doesnt matter to the boycotters. The boycotters are like bad blackmailers. They blackmail someone and the person pays. Then they release the blackmail material anyway.

Yeti McMellenstein: "The migration away from GoDaddy is still ongoing but should be complete for all of the domains I manage by tomorrow. For me, Go Daddy's support for SOPA (now tacit if not explicit support) is the proverbial straw that broke the camel's back. Initially attracted to them by price, I have been increasingly put off by their escalating sexist marketing, unconscionable video of elephant slaughter, just to name a few issues".

"I don't care about 'the principle'", sapphir8 comments. "I am happy with their service and if they decide to backtrack and support another SOPA thing, oh well. Doesn't bother me".