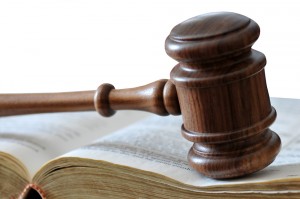 This morning, as I write, the US House of Representatives is conducting a hearing on the Stop Online Piracy Act. Senate version of the bill is PROTECT IP. Either bill would dramatically change how Americans use the Internet, by granting power to shut down sites for many reasons -- in the case of SOPA simply for linking to another site or content that may be pirated.

I'll probably write a commentary about the bills, which their critics claim will undermine free speech that made the World Wide Web an enabler of communications, commerce and transparency. Many opponents of both bills express greater concern about the House version, SOPA, which was introduced in late October. Patrick Leahy (D-VT) introduced the Senate version, PROTECT IP, in May. The bills' motivations are simple: To extend copyright protections to the Internet.

But the means are aggressive, leading to outcries of censorship. Mozilla calls SOPA the "first American Internet censorship system. This bill can pass. If it does, the Internet and free speech will never be the same. Join us to stop this bill...Help us stop the Internet Blacklist Legislation". The open-source developer directs supporters via a "Take Action Now" button to Electronic Frontier Foundation, which fiercely opposes the bills.

As law, PROTECT IP would empower government law enforcement to:

SOPA's objectives, many of which overlap PROTECT IP's, are simply stated in this House synopsis:

H.R. 3261 allows the Attorney General to seek injunctions against foreign websites that steal and sell American innovations and products. The bill increases criminal penalties for individuals who traffic in counterfeit medicine and military goods, which put innocent civilians and American soldiers at risk. And it improves coordination between IP enforcement agencies in the U.S.

Under SOPA's provisions, service providers (including hosting services) would be under new pressure to monitor and police their users’ activities. While PROTECT-IP targeted sites 'dedicated to infringing activities', SOPA targets websites that simply don’t do enough to track and police infringement (and it is not at all clear what would be enough). And it creates new powers to shut down folks who provide tools to help users get access to the Internet the rest of the world sees (not just the 'US. authorized version').

The bill's supporters brush aside such criticisms. In a letter to the US House of Representatives, Floyd Abrams, a constitutional attorney with law firm Cahill Gordon & Reindel, writes:

Copyright violations have never been protected by the First Amendment and have been routinely punished wherever they occur, including the Internet. This proposed legislation is not inconsistent with the First Amendment; it would protect creators of speech, as Congress has done since this Nation was founded, by combating its theft.

Do you support either bill? Please answer in comments below and poll above. I will include some of your comments in my followup commentary.