Are you bored with Windows Phone? 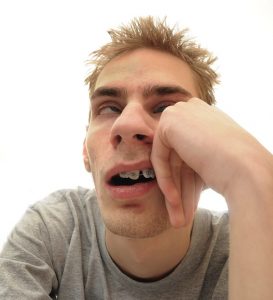 I have to ask, because Microsoft is prepping Windows 8 Consumer Preview for release later this month and Windows on ARM for more limited testing. Both operating systems will, in Metro, use similar UI motif as that on Windows Phone. Is it really the best choice? Not having used Windows Phone, I have no answer. So I turn to you.

"Boring" is a word I've seen used to describe Windows Phone, here in BetaNews comments and on some mobile device forums -- that user excitement, because of the tile-like user interface's fluidity and simplicity, diminishes over time. In that scenario, Microsoft's "glance-and-go" design philosophy takes on different meaning: People get off the phone because they can't stand using it, rather than being empowered to live life instead of on the device.

In fairness, many BetaNews commenters have described iOS as boring, too, and there I agree. The motif is oh-so 2007, particularly compared to Ice Cream Sandwich or Samsung's TouchWiz UI skin. Android has more fluidity from better, fuller multitasking than iOS, but Apple's software runs smoother, lacking the hesitations and hiccups common to Google's mobile operating system. From that perspective, as a platform for apps, iOS is better choice than Android, IMHO.

But the boring question is more potent for Microsoft than for Apple, because of Windows 8 and Windows on ARM. The last thing Microsoft and its partners should want is people tiring of using Windows. Related: User interface exhaustion would be detrimental because of how tiles present live information and applications; additionally, presumably, visual customization options will be limited compared to earlier Windows versions.

In a month, I could ask the question differently: Are you bored with Windows 8? To my eyes, the operating system demos really well. But I have no experience using Windows 8, either, particularly on a tablet. That's coming, of course.

160 Responses to Are you bored with Windows Phone?