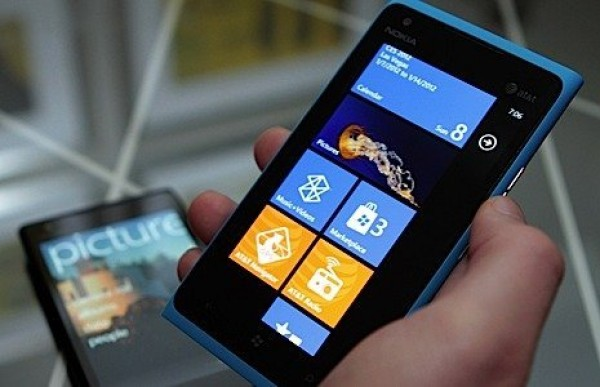 If you feel like I've asked this question before, absolutely. Just without the price. Now that AT&T has announced availability -- and more importantly, pricing -- I ask again. Will you buy the Lumia 900?

AT&T starts taking pre-orders on March 30, with the phone available in stores on April 8. Available colors are cyan, magenta and black, or you can wait until April 22 for white. Oh my. Decisions, decisions. Lumia 900 is one hotly anticipated Windows Phone and marks Nokia's biggest push into the US market in years. There's LTE, too, something your haughty, obnoxious iPhone friends don't have. So will you buy? Please answer in comments (with color choice, please) and take our poll.

On February 6, Microsoft Store started taking Lumia 900 pre-orders for $25 deposit. That's when I asked the "Will you buy?" question. To date, there are 2,943 responses to our poll -- and, whoa, were you interested when there was no price given and many people assumed $199.

One-quarter of respondents say they had preordered or would, with another 42 percent planning to purchase within three months. Only 18 percent don't plan on buying the phone. As I expressed a few days later, if Lumia 900 was as popular everywhere as with BetaNews readers, Windows Phone would be a huge success.

Commenting today, BetaNews reader "woe" captures my sentiment: "Flat out if this phone (which I consider very good) at this price does not propel Windows Phone, nothing will".

InfoDave is more pessimistic: "Remember the conversation around here, back in the day? Windows Phone was going to own the market. Now, we're going to have trouble getting people interested. Looking forward to any sales figures made available. I don't see hope till Windows Phone 8 ties it all together".

"I'd wait until after April 8th before making any 'doom-and-gloom' predictions", BBB40 opines, like InfoDave commenting today. "I have been waiting for the Lumia 900 before taking the WP7 plunge as I suspect quite a few people have. The Titan II also comes out that day. I'm curious to see if there is a surge in WP7 sales in April".

Like Lumia 900, HTC Titan II packs LTE, and, like its predecessor, a 4.7-inch screen! Surely, it's no coincidence that the first LTE Windows Phones launch on the same day. BBB40 is right to wonder about April Windows Phone sales figures.

Windows Phone certainly needs a good month, or quarter. At the end of January, Microsoft's US smartphone OS market share was 4.4 percent, according to comScore. That's a decrease of 1 point since the end of October. Can Lumia 900, or even Titan II, lift Windows Phone share -- or even the compelling "Smoked" marketing campaign?

We'll know for certain in a month or so. You can foreshadow the future by taking our poll above and in comments below answering: Will you buy Lumia 900?

Editor's Note: Do to a technical error, the poll did not display during the first 4,000+ pageviews. So poll numbers will be lower. Typically, the majority of responses come early on. I expect at best a few hundred responses, instead of a few thousand. Damnit.