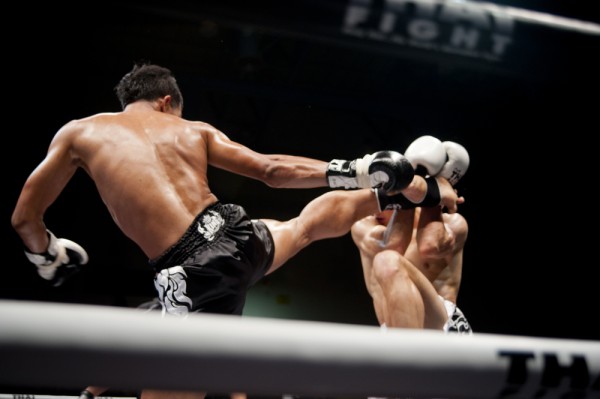 Damn, what an extraordinary month.

Let’s recap. First, we saw a spate of exciting new Ultrabook announcements, along with some x86- and ARM-based Windows 8 tablets at Computex. Then Apple introduced new spins of iOS and OS X for tablets and PCs, respectively, at its developer gathering. Microsoft unveiled Windows Phone 8 at the Windows Phone Summit -- and let's not forget the Surface tablet. And this week, Google rolled out new products and concepts buckshot-style at Google I/O, showcasing its first branded tablet, the Nexus 7, and Android 4.1, just to name a few.

Get Your Finances in Shape

If your eyes aren’t bugged out by now, then I’m afraid we’re going to have to pull your Geek Card, my friend. Taken together, these are the ingredients for a perfect storm that will pound store shelves this holiday season. Indeed, there may never be a more exciting time to possess a credit card. So many platform advancements on so many fronts. Not like last Christmas, when your choice boiled down to an iPad, a Kindle or a new laptop that looked like the one you already had. So start preparing now. You’ve got the summer to get your finances in shape so you don’t sprain your wallet this fall.

That said, the coming retail nirvana is only the tip of the iceberg, the most visible piece of a war between industry titans. And the stakes in this war are gargantuan. The winners will influence -- and maybe control -- the distribution of just about everything for years to come. From the news we read and watch to the entertainment we pay for and enjoy. From the brands and models we decide to buy to the places we buy them. And from the routes we take to the places we visit and the restaurants in which we eat.

To be sure, ours is an era of hyperbole, an era of extremes. It is an era in which journalistic oversight and balance has given way to unsubstantiated ranting on the blogosphere. It is the era of Fox News and MSNBC. Even in these times, though, it is nearly impossible to overstate what this war means to the players. Or to us.

It's Coke or Pepsi

There have been battles for control of distribution channels before. Like Coke and Pepsi’s war for control over restaurant soda machines. (And Dr. Pepper, for you Windows Phone fanboys.) Or like Wal-Mart and downtown America. Or, more recently, like Apple’s iTunes and the record labels.

But there has never been a battle like this before. It’s an opportunity afforded by the Internet as well as an increasingly concentrated set of options for tapping the Internet. The cable TV folks, the phone companies and the wireless carriers are trying valiantly to maintain relevance. But as video-on-demand gives way to streaming services like NetFlix, as home phone lines are supplanted by VOIP, and as wireless services like AT&T Navigator are cannibalized by free stuff from Google, the role for those players is being relegated to conduit. Increasingly, we find ourselves selecting the platform and device we want.

The choice of carrier is becoming an afterthought, sort of like snatching a package of plugs and wires when we buy a home theater. We’re not there yet. But that’s where we’re headed.

So it should come as no surprise that the war pits Apple, Google and, increasingly, Microsoft. But there are others in the mix, as well. And each of them is trying to protect and extend its turf. Like Amazon, which controls a growing number of distribution channels. And like Facebook, which has helped expand and solidify our social networks to include long-lost classmates we might otherwise have the opportunity to chat with only once a decade. And hardware giants like Intel, Nvidia, QualComm, Samsung and TI, which have the power to tip the balance in the platform wars with superior solutions.

With so much at stake, it’s easy to understand why the players are suing each other in courts across the globe and spending billions on intellectual property assets. But that’s not all they’re doing. Here are a few other tactics:

Proprietary Features. They are implementing proprietary features, which is a double-edged sword. It does tend to create brand loyalty. But it can also isolate your customers. FaceTime is a good example. The downside for Apple is limited in this case, however, provided it also makes competing apps like Skype and Google Voice available to its customers. Apple’s halfway there...

Partnerships. As the old adage goes, the enemy of my enemy is my friend. That explains why Apple joined forces with Tom Tom. And why it sidled up to Microsoft’s Skype.

Pretty heady stuff, I know. So keep an eye out. The longer the war goes on, the better it will be for our businesses and for our wallets. And we can play a role in maintaining the balance of power.

One thing’s for sure. No one is going to get knocked out this year. So rest easy for the time being. And when you dream, dream about all the stuff you’re going to buy yourself for the holidays.