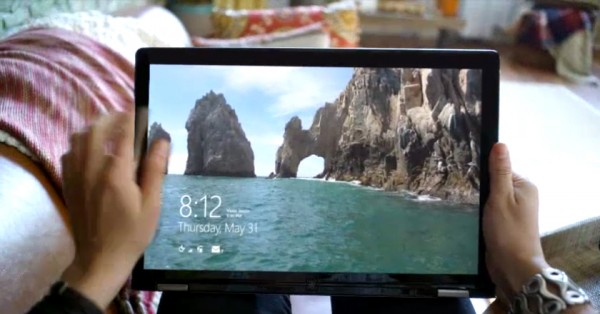 A month ago today I asked: "Will you buy Windows 8?" About 1,500 of you answered the poll and offered more in comments -- to the story and others that followed. Now that Windows 8 is released to manufacturing and available to developers and to enterprises, it's good time to review your answers.

About 45 percent of respondents plan to buy Windows 8 as soon as it's available -- more consumers (25.06 percent) than business users (19.55 percent). All total, 55.71 percent of you plan on buying Windows 8 within six months of availability (from August for businesses and October for consumers). Given our select audience, I don't expect adoption to be that high that fast for the broader market. However, considering that analyst data -- from Net Applications, among others -- puts XP usage higher than any other Windows version, there is potentially huge pent-up demand for Win8. Then there is something different -- the new user interface formally known as Metro. (Say, what's its name this week?)

Microsoft needs Windows 8 to be big, as do its partners, particularly OEMs; it's more desperate now with most analysts reporting tablets sapping PC upgrades. Developers can always swim in the iOS tank. But, hey, do watch out for that Apple shark. This big white makes "Jaws" look like a guppy.

Slow PC shipments sapped Microsoft's Windows & Windows Live division yet again during the quarter, with revenue down 13 percent. Operating income fell by 18 percent, or $511 million, in part because of a deferral related to Windows 8 upgrade guarantees. Microsoft and its partners need Windows 8 to start great out of the gate.

So Will You Buy?

Jeremy Poynton says "No way. For a simple, home, one desktop user very happy with Windows 7, Windows 8 is a ghastly mistake. Metro is grotesque. Fergeddahbahtit. And yes, I have tried a couple of previews, and given up in despair in no time at all. WTF were they thinking? If it had W7 interface, no problem".

"I don't want to like Win 8 but, unfortunately, I seem to be pulled into its maw", reader TomL_12953 writes. Everything is faster and smoother than on Win 7 Ultimate SP1 even though 8 hasn't been optimized yet. I was determined to dislike it but the more I use it, the more I like it. Rats".

Faith Roby: "Windows 8 is a no go. Hate the Beta Version and it is like Vista all over again!"

"Windows 8 is far better then any operating system that's currently on the market. I use the beta version of windows 8 on both my desktop and laptop. It works flawlessly", Fred Reed comments. "Microsoft has finally come out with an operating system that actually works the way it's suppose to. It loads up without problems".

Parker Kincaid: "The only way I'll wind up with Windows 8 is on a tablet like the Surface and that's if I even purchase a Windows-based tablet which will likely never occur. For a PC/laptop I am completely disinterested in Windows 8 and will be waiting until Windows 9 or whatever is is called".

Despite my Linux love I'm actually going to buy this. I'm mostly enjoying the Preview so far. I mean there are a few points of annoyance but in the end I'm liking the performance gains that I've received along with the knowledge that I'll be able to play the games I love more easily in Win8 (as compared to a Linux-only route). Wine works excellently most of the time but why bother with it when you can get the platform at a fair price?

All the comments above are from a month ago to the original poll story. mshulman writes yesterday, following Windows 8's posting to MSDN and TechNEt: "Download complete and now installing Windows 8 on a new 8-core AMD system".

But dizzydavidh isn't as enthusiastic: "As a former system builder I just cannot see how anyone in their right mind can ever justify moving to a Windows 8 platform from 7...I have to agree with so many others that 8 will be flop and Microsoft is going to have to swallow a bitter pill as a consequence washed down with a large slice of humble pie for not having listened, at all it seems, to it's existing user base as to what they do and more importantly don't want from a new Windows release".

WP7Mango: "I can certainly see the huge MS developer network making a lot of apps in a very short time frame...This is exactly what Microsoft need to deliver a large app store for Windows RT / Windows 8 as quickly as possible. As a developer myself, I'm delighted to see this".

So, if you have access to Windows 8 already, did you download and install? And are you happy about it?