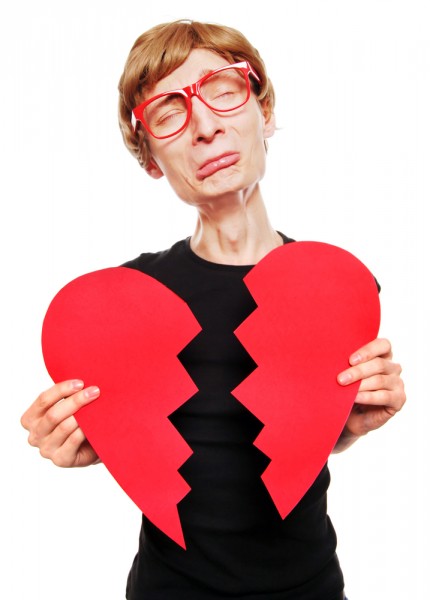 A new iPhone is Apple's chance to drive competitors nuts, to take technological innovation to new heights and to leave the stage with a justified smug look, but as the dust settles from yesterday's launch event the new handset feels dated already. The Cupertino, Calif.-based corporation should smash the competition to bits but that hasn't happened, has it?

iPhone 5 is not the revolutionary product that could set the world on fire and just like my colleage Wayne Williams I wonder "Hey, Apple, where’s the innovation?" There is a saying that's perfect for landmark product releases: "Go big or go home" and Apple should have followed the former not the latter for what will most likely be flagship device over the next year. It's not enough to sway the current cutting-edge Android smartphones to the curb, so how can it when there will be fierce competition from Windows Phone 8 devices like the Nokia Lumia 920 or Samsung ATIV S?

The new iPhone 5 is a disappointment and here are five reasons why it fails to impress. (Ha! Wayne struggles to find five things to like about iPhone 5).

1. 4-inch display is straight from the history books. The new iPhone sports a 4-inch display with a 1136 x 640 resolution at 326 pixels per inch. It clearly bests the iPhone 4S display in terms of resolution and size, but a 4-inch display in 2012 is still subpar compared to other smartphones like the popular Samsung Galaxy S III or Nokia Lumia 920, which both come with bigger display and higher resolution. The original iPhone was a game-changer with its 3.5-inch display, but five years later and just a minor size increase is a clear sign of stagnation.

The rules of the game have changed over time, with bigger displays being better suited for web browsing, reading emails and the social media experience that is ever present in the digital lifestyle, and cramming it all on a 4-inch display is not the way to go.

2. Looks similar to the iPhone 4S. The design coming from Cupertino is (yet again) repetitive, with minor differences from its predecessor that was (again) quite similar to its predecessor. The last three Apple iPhone smartphones are very similar in appearance, begging the question: "Is Apple's design team on vacation?" Visually it looks like Apple took the iPhone 4S, put it on a diet to lose some millimeters from it's already "chunky" sides, stretched it so it could accommodate the display and changed the back a bit so there is one visual cue to separate it from its predecessor. That is, if you look hard enough to spot the difference up close.

Apple leaves similarities aside, and instead used bold statements like "inventing entirely new technology" to describe the "entirely new design", with a clear emphasis the "entirely new" factor that should sway potential buyers from thinking it's darn similar to the old one.

3. iOS 6 is no match for the hardware. If there is one good thing that iPhone 5 has over the iPhone 4S is the hardware it packs. Yet the very same advantage is not matched by a revolutionary, new iOS. Apple plays catchup (again) by offering features similar to Android, but fails to deliver one that is actually fit for the hardware -- true multitasking without any limitations. iOS 6 does not focus on iPhone 5, instead it's taking a one-OS-fits-all approach that is antiquated. Why not add multiple home screens support or even widgets? No wonder it's sipping on battery...

4. No (amazing) new tricks. iPhone 4S introduced one of the most interesting and highly-discussed features -- Siri. The virtual assistant made voice search popular and drove Google to improve its own offering into what Google Now is today. But with the iPhone 5 the inspiration runs out and what we're seeing is more or less the same software that every other iPhone is going to get once iOS 6 launches on September 19. Instead of being innovative, Apple tweaked Siri to better compete with Google Now that was introduced with Android 4.1 Jelly Bean in June, basically playing catchup to Google's mobile operating system.

As far as hardware goes, near field communication and wireless charging are nowhere to be seen on the iPhone 5, even though the Samsung Galaxy S III or the Nokia Lumia 920 have both. LTE? Plenty other smartphones already had it long before Apple introduced iPhone 5. Bottom line: no new "amazing" feature.

5. Unjustified pricing differences. iPhone 5 storage pricing differences are simply absurd. The 16GB model costs $199, which does not sound unreasonable, but the same can not be said about the 32GB model that costs $299 or the 64GB model goes for $399. That 16GB storage is insufficient when there is a 1080p video recording camera that can also take 8-megapixel photos, both of which (videos and photos) will fill the onboard storage reasonably fast to warrant going for a more expensive model. The lack of expandable storage forces potential buyers to spend 50 percent or 100 percent on the base price of an iPhone 5 to get a properly spec'd model.

Apple needs to get down to Earth with its pricing; it's unjustified considering the competition comes with expandable storage at a lower price point.

Time to face the truth: as it stands, iPhone 5 is just an upgrade from the iPhone 4S, and nowhere near the smartphone that I was expecting. Disappointed? Yes, badly and I do not consider myself alone in thinking so. Apple chose the wrong ingredients and focused on minor improvements that diminish its appeal, especially so with all the leaks that pointed towards a 4-inch display months before the announcement. It's better than the iPhone 4S, but the bottom line is this: iPhone 5 does not shine.