Chromebook Pixel is a status symbol 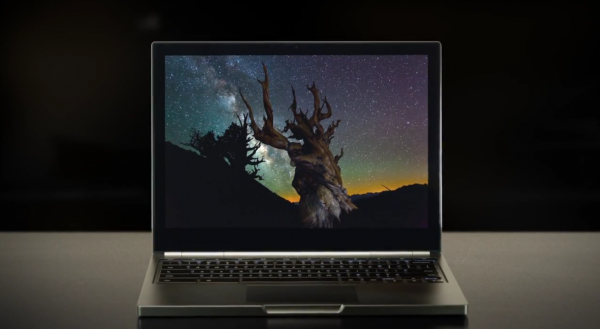 Google's first computer isn't about sales but status. Critics who lambast Chromebook Pixel as an over-priced web browser wrapped in pretty hardware miss the point. Badly. The laptop will sell, but not in mass-volume because it's not meant to. Is Lamborghini about sales or style? I ask not seeing much commentary about how the Italian sports car is a failure because Ford sells millions more Explorers.

Chromebook Pixel is the luxury car of computers running Chrome OS and perpetually connected to the cloud. Google's beauty is a status symbol for people willing to plunk down $1,299 or $1,449 and makes, along with newer Nexus devices, a bold brand statement: Google is a premium brand and the company a real innovator. For the people who love the brand and want to identify with it, like all those fanboys adoring Apple with their cash, Chromebook Pixel is an easy sell.

Consider Apple, which engages in a tried-and-true retail practice, with pricey, attractive Macs. Many people see tech gadgets as accessories -- statements of their coolness, superiority -- as much as useful products. They're willing to pay more for good design, for style, like anyone choosing, say, sports car over minivan.

It's good business. Clothing stores take a similar approach. There are teens who must have the newest wears from Aeropostale, American Eagle, Gap or Hollister at full price; they can't wait for sales. They want to be cool. They pay for fashion.

Google joins Apple and Sony selling pricey, fashionable PCs. Chromebook Pixel is beautiful inside (that breathtaking display) and out (fine design and lightbar). The computer is a pricey fashion statement for those who can use it, and the cloud lifestyle sets them apart from others -- quite literally high above them. For people who live the Google lifestyle and want the world to know, Chromebook Pixel is their proclamation.

Status is More Than Cool

But there are other measures of status. Chromebook Pixel promises to do for the Chrome OS platform what Nexus devices did for Android smartphones and tablets: Establish a reference design for OEM partners and provide developers base system to create apps for. The laptop is the status quo for future Chrome OS applications and hardware.

Google sees touch as integral to future computers running Chrome OS, for example. No other laptop offers touchscreen with super high-resolution display. Apple really should change its MacBook Pro product page, which claims: "The highest resolution ever. And the second highest". Chromebook Pixel is second: 2560 by 1700 compared to MacBook Pro 13-inch's 2560 by 1600 (The 15-inch MBP is still higher at 2880 by 1800). Google can claim highest-resolution touchscreen.

Google's laptop is also status for the future. This is something I've come to really appreciate while reviewing the computer, and I had to change my thinking during the process by taking a different view of usage scenarios.

Earlier Chromebooks, particularly those released for holiday 2012, appealed for their value. The $199 Acer and $249 Samsung models are easy purchases, and, based on Google+ and other social network posts, many people use these Chromebooks as companion PCs -- not their primary one. I'm among a smaller set of users making a Chrome OS device my full-time computer.

Chromebook Pixel is meant to be used as a primary computer. Design, processor, touchscreen and price say Pixel is the machine used everyday, all day long. To that end, Google's premium portable must be able to replace something else.

This aspect, in conjunction with pricing, is primary source of short-sighted criticism, and there is lots of it around the InterWebs, much here in BetaNews comments. The major complaint: Chromebook Pixel can't provide the same utility as, say, MacBook Pro or Windows notebook costing hundreds of dollars less. That's reasonable thinking if Google's laptop is meant to be used as primary, or only, PC, which it is.

But that rationale misses the point. You don't get it! Open your eyes and think. True innovation is delivering something that you don't know you need but once you get it realize that "Yeah, I could have used that all along". Comparisons to the existing way are meaningless in this context. You have to think differently.

Chromebook Pixel promises to change the computing paradigm -- all those cheap Chrome OS models are but Trojan Horses. The primary cost is hardware, up front, that is used for years, while software is minimal investment, or free. That's reverse the commodity model that exists right now, where, particularly for businesses, PC hardware investment is less (well, except for Macs), and software and cost maintaining it is so much more.

Chrome OS is a paradigm shift in key areas, both regarding the cloud: Where and how people use applications -- app services, really -- and how much less they cost. Chromebook Pixel is the status device for this future, and the critics just don't get it.

This isn't the first time, with respect to Google. I remember Android and Chrome critics in late 2008 and throughout most of 2009 poo-pooing the products. Yet look where they are now, particularly the mobile OS. The majority of smartphones and tablets shipped today have Android, according to IDC. In tablets, Google's green robot stripped iPad's early, massive market share lead in about two years. Half-decade ago, Android and Chrome were in many ways where Chrome OS is today.

Chromebook Pixel isn't just for now but what's to come. Look at Google's marketing tagline: "For what's next". That's a powerful statement about the product being just the beginning and insinuates something for anyone used to Chrome OS every-other-month updates: There will be ongoing improvements. The hardware foundation is solid, and Google can -- and will -- make Chromebook Pixel better over time.

Google's marketing tagline is also a statement of purpose that signals dramatic changes ahead. People often ask, and I have been among them, why Google pursues a two-operating system strategy. Why continue with Chrome OS at all when Android is so successful? The answer is a question: Where do you consume Google services? Most certainly they're more in the browser than apps. Chrome is the hub, the gateway, to these cloud services. Looked at that way, Pixel foreshadows a Chrome OS tablet, or laptop hybrid. Consider touch, which Chromebook Pixel shares in common with Android tablets. But the paradigm shift is much bigger than new hardware, but we work and play and the context surrounding them.

Chromebook Pixel is a status symbol -- for people wanting the coolest thing, for future Chrome OS applications and devices and "for what's next". This seemingly pricey laptop is so much more than what it appears to be, which is one major reason why this post is the prologue to my forthcoming Chromebook Pixel review -- presented in two parts.

32 Responses to Chromebook Pixel is a status symbol