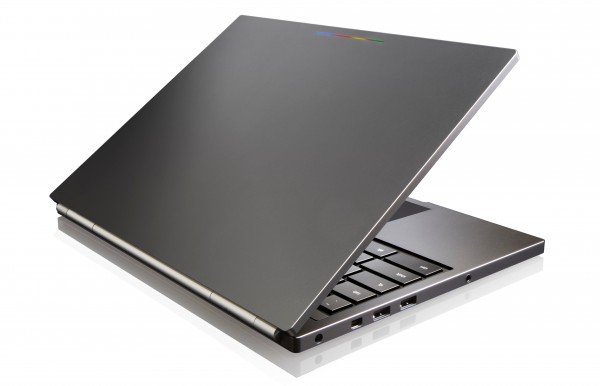 On February 21, Google started selling its first computer, Chromebook Pixel, which I called a "status symbol" over the weekend. In typical fashion I asked "Will you buy Google Chromebook Pixel?" There surely is a market for the laptop somewhere, but not among the respondents to our poll.

Seventy-seven percent of you answer "No". That's among the highest percentage ever to one of my polls. If there's Chromebook Pixel enthusiasm, it surely isn't from BetaNews readers. Just 8 percent of respondents will buy the Chrome OS laptop "as soon as available in my country". Only 16.5 percent plan to buy Chromebook Pixel ever. So has Google got a flop? No way, Jose.

The computer isn't meant for the mass-market. Rather, like Nexus devices, Google establishes a reference design for OEM partners and provides developers base system to create apps for. Touch is the differentiator from other Chromebook. Additionally, the "For what's next" marketing tips off that Chromebook Pixel is foundational -- a work in progress -- as the operating system improves every other month (or less) and more web apps become available. Pixel isn't meant for most of you.

I'm in process of reviewing the computer and plan to post after all the Mobile World Congress news quiets down. I will say at this juncture that Chromebook Pixel isn't for everyone. That's a statement made about earlier models, but it applies more so to Google's laptop because the usage scenario is different.

Earlier Chromebooks, particularly those released for holiday 2012, appealed for their value. The $199 Acer and $249 Samsung models are easy purchases, and, based on Google+ and other social network posts, many people use these Chromebooks as companion PCs -- not their primary one. I'm among a smaller set of users making a Chrome OS device my full-time computer.

Chromebook Pixel is meant to be used as a primary computer. Design, processor, touchscreen and price ($1,299 or $1,449) say Pixel is the machine used everyday, all day long. To that end, the laptop must be able to replace something else. Apps must be there.

Google provides the basics for documents, email, chat and such. But what about apps for professionals, who clearly are a major target market, or power users? These people will need tools for editing and managing photos and videos or using programs like CAD. Are the apps there? That's a question the second part of my review will seek to answer.

But for many of you, there is no question. "They've got to be kidding, right?" commenter Tenoq asks. "Fifteen-hundred dollars for a laptop with a crippled, web-based OS and no software? Come on, this doesn't even compete with the Macbook, let alone the Surface. Google has no support, they have no retail or service stores and have a woeful track record in after-sales. Why on Earth would someone pay so much more for this instead of buying Surface Pro, which has a proper OS capable of running any x86 software and includes MS Office?"

"I always wished someone would come out with a decently-built Chromebook, although Google seems to have gone over the top here -- $1200 is way too much for Chrome OS", scophi comments. "Had they priced it around $500-700 (and I needed a laptop) I would probably buy it".

Pko: "This machine is an idiotic concept. No storage to speak of, unless you ruin the machine with a USB stick...The Google Drive is worthless, 1TB for three years, yes, but what then? Will you pay monthly almost what it cost to have that same amount of storage forever locally, ready whenever and wherever you want?"

"Can it run real programs, such as Photoshop?" Jamie Maclean asks. "Why not buy a cheaper laptop and just install the Chromebook web browser (for that is all it is) on it?"

To one of my Google+ posts about Chromebook Pixel, Lyndon Bredenkamp comments: "If you need to use Photoshop then it's clearly not the right computer for you. These are all the same as the original criticisms that was used against the first Chromebooks. Yet they are selling like hot cakes. Number one position on the Amazon laptop sales leader-board for over 125 days. There are many advantages to a Chromebook, but, hey, if it's can't run Photoshop it must be crap".﻿

Scott Ball, responding to Bredenkamp: "My eyes went all Googly when I saw that leaked Pixel video from a few weeks back, but this price point is completely off-putting -- $1,300 for a machine that runs a browser is too rich for my blood. I don't need 1TB of cloud storage, so I'm out".﻿

Bredenkamp answers: "Yes, I agree on the idea of waiting for a less expensive version. I'm an existing Chromebook user and just find it amusing when people call it crap with their main argument being 'it can't run Photoshop'. Someone should do a satisfaction survey on those who purchased Chromebook".

That's a good idea. Maybe I will do one. For now, I repost the poll because I'd like a larger sample than 566. Not that it matters much. Based on the huge number of "No" responses and reading comments on Google+, even from avid Chromebook users, I'm confident that few people will buy Pixel. If you do, hey, we can wave to one another at Starbucks and snicker at all the MacBooks. ﻿