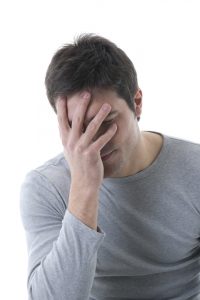 It feels like repeatedly kicking someone when they’re down, but there’s really no other way to describe Windows tablet sales -- both RT and Windows 8 Pro -- other than pathetic and embarrassing for Microsoft. Which is a shame. Surface is a great tablet, Windows 8 on Surface is a good operating system, but people just aren’t buying the device in any great numbers. Well, pre-fire sale at least.

According to a new report from IDC, just 200,000 Windows RT tablets shipped in Q2 2013 (even the ailing BlackBerry PlayBook managed 100,000), and there’s no good news for other Windows tablets either as IDC reports just 1.8 million devices shipped with that OS onboard. Apple, by comparison, shipped 14.6 million iPads in the same quarter.

Worldwide tablet shipment growth slowed noticeably -- surprising precisely no one -- as there were no exciting new devices to drool over. According to preliminary data from IDC’s Worldwide Quarterly Tablet Tracker total tablet shipping volumes fell -9.7 percent from 1Q13 to 45.1 million units. But that number was up 59.6 percent from the same quarter in 2012, when tablet vendors shipped 28.3 million devices. IDC defines a tablet as any LCD-based slate with a screen size of between 7 and 16 inches.

"The tablet market is still evolving and vendors can rise and fall quickly as a result," Ryan Reith, Program Manager for IDC's Mobility Tracker programs observes. "Apple aside, the remaining vendors are still very much figuring out which platform strategy will be successful over the long run. To date, Android has been far more successful than the Windows 8 platform. However, Microsoft-fueled products are starting to make notable progress into the market".

In drastically cutting the price of Surface RT and, most recently, Surface Pro, Microsoft is hoping to drive sales and finally kickstart its tablet line. Windows tablets account for just 4.5 percent market share, lagging miles behind iOS (32.5 percent) and Android (62.6 percent) so there's a lot of serious catching up to do.

70 Responses to Surface sales are pathetic