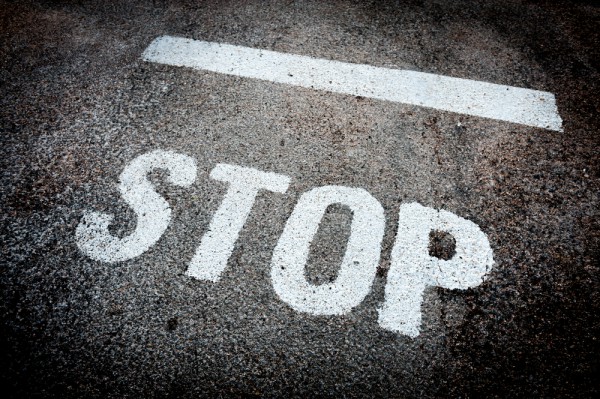 Nexus smartphones and tablets have developed a cult following among enthusiasts mainly due to Google's ability to deliver updates to the latest versions of Android in a timely manner. The software also has little to no customizations over the code that is available in AOSP, unlike that of many devices that have been offered throughout the years by Android vendors, such as HTC and Samsung. Android enthusiasts often refer to Google's distributions as "pure Android", even though that is no longer the case exactly with the new Nexus 5, that has introduced a launcher not officially found on any of its siblings (or available in AOSP for that matter).

Nexus devices were also supposed to usher Android vendors into releasing smartphones and tablets that adhere to the design guidelines established by Google. This is one area where the search giant's brand has failed to become a trendsetter, as the likes of HTC, LG and Samsung continue to apply their own vision on how their Android handsets should look at the software and hardware levels. Remember how physical buttons were supposed to go away from the front of Android devices? Well, they are still alive and kicking even in 2014 and even on tablets (even though there were clear signs pointing to slates only adopting on-screen keys). It could, therefore, be argued that the Nexus ethos has already ran its course and it is time for Google to move on. So should Google move on?

Nexus devices no longer represent the hardware or the software pinnacle of the Android world. Yes, they pretty much offer the experience that Google has envisioned, but some vendors are way ahead in regards to the employed processors, cameras, batteries and displays, and the features offered by their customized distributions. Someone who is looking for the fastest Android smartphone with the best possible camera around right now will not buy a Nexus 5, as it is not the best available choice for taking pictures or recording videos (a Galaxy S4 is better). Similarly, for the best battery life there are better options (like the Galaxy Note 3). What about software features?

Back in the dark ages of Android (how I like to refer to the pre-Android 4.0 era), Android vendors would heavily customize the operating system with countless features (that may fall under the bloatware category). Following the release of Ice Cream Sandwich, they have slowly applied the brake pedal on skins as the foundation offered by Google was increasingly better. But, at the same time, some of the latest Android distributions from vendors saw the introduction of more refined and more useful features like the multi-window mode offered by Samsung in its Galaxy S and Galaxy Note lines, which allows users to work with two (or more) apps side by side. The Android that Nexus devices offer does not have anything that remotely resembles that. Quiet hours? No. Customizable lockscreen shortcuts? No. Configurable number of homescreens? No (well, bar the Nexus 5). There are other examples as well, but the idea is that Google's vision of Android is not exactly as advanced as it could be or as vendors have it.

The strength of Nexus devices -- ignoring the previously mentioned benefits -- has been been the attractive price for consumers (read the average user) looking to buy a smartphone (or slate) off-contract. Take the Nexus 5, for instance. It costs $349 for the 16 GB model (add $50 more for the 32 GB version) and offers a top-of-the-line processor (for now, at least), solid 5-inch display, decent camera and 4G LTE connectivity, for $300 less than the equivalent iPhone 5s (hold your horses, it is just an example) or unlocked (Developer Edition) Galaxy S4. That is amazing value for money but, to reach that price, some cost-cutting measures were employed -- the battery is too small for it and does not last very long, the camera is not among the best in its class, the used materials are not premium (does plastic qualify as premium?) and, from a personal point of view, not much effort was put into its design. So it is relatively cheap -- and some love, myself included, this attribute -- but there are major compromises involved as to reach that enticing price point.

I am not trying to suggest, not even for a minute, that Nexus devices are bad. Far from it. I had a Galaxy Nexus that I simply adored and, from time to time, still regret selling. I would love to own a Nexus 5 because, deep inside, I am huge fan of custom distributions like CyanogenMod and it would be a great option to experience such software. That said, for someone like me who is unable to get one from Google Play, it is not as cheap as through the official web store (for about $60 more I could get a Galaxy S4, or, for even less than that, there is the LG G2 with better specs, namely a better camera).

The price is really the best selling point for the average user. But, the average user would probably look at something even cheaper -- like the 16 GB Moto G which retails for less than $200 -- or go with a top-of-the-line smartphone on contract, which usually costs anywhere in-between $0 and $300 and offers more than a Nexus smartphone. However, when it comes to Nexus tablets -- well, the Nexus 7 as the Nexus 10 is already outdated -- it is increasingly difficult to explain why Google should dump them -- the price is great (though there are cheaper options) and the displays are pixel-packed and look sharp; battery life is terrible though, at least on my 2013 Nexus 7 (cameras are not really a selling point for tablets, so the fact they are there -- mainly the rear unit -- is a bonus in itself as far as I am concerned).

The introduction of the Google Play Edition devices -- popular smartphones and tablets running Google's interpretation of Android, that receive timely updates -- suggests that the search giant may put its Nexus handsets on the back-burner and push offerings that bear the branding of its partners (HTC One, LG G Pad 8.3, Motorola Moto G and Samsung Galaxy S4 are available in a Google Play Edition). Right now they are more expensive than what Google sells its Nexus devices for, at least for the most part, but that is a very limited view on both pricing and the ecosystem.

It is clear by looking at the Google Play Edition manufacturers, that have grown in number, that Google wants to expand on the idea of what a Nexus device stands for, including the price range. Given more time, I can see GPE devices better covering the $200 to $650 price points (the entry-level defined by the Moto G and the high-end portrayed by the One and Galaxy S4), as vendors release more premium-like offerings for lower than mid-range or at mid-range prices. The market is already heading in that direction anyway, as the average selling price for smartphones is undergoing a continuous drop as each year goes by. This implies that there is increased preference towards cheaper smartphones (this applies to tablets as well, as their ASP is exhibiting a similar pattern).

Google also has to pay close attention to its partners, which would undoubtedly appreciate the search giant pushing and, perhaps marketing, their offerings instead of its own. To establish a tighter relationship, Google could encourage and partner with more vendors to offer Google Play Edition versions of their smartphones and tablets which would diminish the appeal and the necessity of "real" Nexus handsets. Like I said, given more time (and considering that Google has a long-term vision anyway) we will probably see this taking place at a larger scale, which could make such offerings available even in retail stores across the globe. Would there be a point then for Google to put its resources into Nexuses, as we know them today?

It makes little sense right now for Google to suddenly drop its Nexus brand, as we know it today, but in the long run, given the current trend of the search giant selling Google Play Edition devices, this can turn into a reality. Would consumers and Nexus loyalists lose? It is difficult to gauge this only by assessing the current situation (and even more so if we extrapolate it to the years to come), but the answer can be a resounding "No" when that -- the eradication of the "real" Nexus brand -- would happen, if we look at the bigger picture.

Google does not want to be an Android vendor and its sale of most of Motorola to Lenovo -- which is already gaining a strong presence in the market -- is a clear indicator of its long-term strategy. Google has also licensed Motorola's patents to Lenovo, and others to Samsung. The search giant basically gave away its potential strength and status as a handset manufacturer, most likely to avoid any confusion (and potential schism in the realm) about its commitment to its partners and the ecosystem. The Nexus brand would be the final obstacle to be removed to achieve a symbiotic relationship with Android's supporting vendors. As a long-term strategy, the Nexus brand does not make sense (any more).