Google lists the top YouTube videos of 2014 -- did your favorites make the cut?

Even though we are in a golden age of television, with shows like Breaking Bad, Walking Dead and Game of Thrones, more and more people are turning to YouTube for their video watching. It is hard to blame them, as the online videos are usually concise, entertaining and more importantly, the stars are oftentimes more accessible. In other words, while getting a tweet from a Hollywood celebrity like Jim Carrey is rare, getting one from iJustine or Chris Pirillo is not so far-fetched. Not everyone gets tweets from Jay Z like I do.

Today, YouTube is sharing its "YouTubeRewind 2014" -- a mashup video that celebrates the best of 2014 (seen above). In addition, the search giant is listing the overall top videos, plus filtered categories for music and advertisements. Did your favorite videos make the cut?

"In celebration of the people, memes and moments that made up an epic year, more than 100 YouTube creators gathered together for our annual Rewind video: a giant, global mashup looking back at the best of 2014 on YouTube. With creators from Japan, Germany, Israel, Mexico, France and beyond, it's the biggest and most international Rewind video yet", says Kevin Allocca, Head of Culture and Trends, Google.

Allocca further explains, "check out our YouTube Rewind channel for more top videos of the year from around the world, and our YouTube Brand channel to see a mashup of the top branded videos of the year and a list of the top ads on YouTube for the year. You can also visit google.com/2014 next week for Google's annual look at the people, places and events that captured the world's attention". 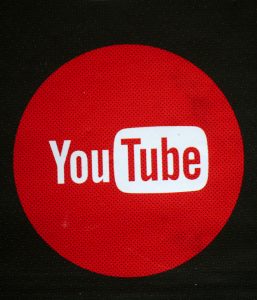 10 most watched advertisements for 2014

Which video is your favorite? Tell me in the comments.