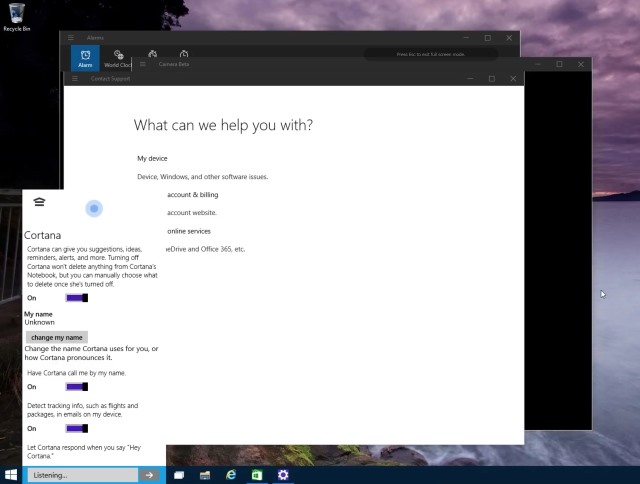 We've seen several builds of the Windows 10 Technical Preview -- some official, some less so -- and there's another big build due in January. If you're interested in Windows 10, it's likely that you have already jumped onto the preview builds and have been updated as and when new versions are released. But as we get closer to the actual launch, the publicly released builds are going to start to get more exciting.

In January users of existing preview builds will be able to upgrade automatically, or there's the option of downloading an ISO. But Microsoft hasn’t forgotten users of Windows 8, and the company has released a tool that makes it possible to grab January's Windows 10 Technical Preview build through Windows Update.

This is great for anyone who doesn't have a spare computer available to install the build on, or who doesn't want to fiddle about with virtual machines or a clean install. The preparation tool updates your older copy of Windows so that it keeps an eye out for the new Technical Preview build for you. As soon as it is available -- some time in the second half of January -- Windows Update will let you know and give you the chance to install it.

Now this tool is interesting; it indicates a couple of things. Firstly, Microsoft is clearly keen for as many people as possible to try out Windows 10 Technical Preview -- we already know that there are 1.5 million users, but the more the merrier! Secondly, it's obvious that Microsoft wants to make it as easy as possible to install the preview build, and by taking down a small obstacle, more people are likely to try it out.

But -- and perhaps most importantly -- the very fact that Microsoft is providing an upgrade path from Windows 7 and Windows 8 to the Windows 10 Technical Preview demonstrates that the company must have great faith in the upcoming release. The preparation tool's download page emphasizes that Windows 10 is pre-release software, but by making it so easy to jump from an official, stable Windows release to an unreleased -- albeit official -- build shows confidence in the work that has been done.

This next build could be great!