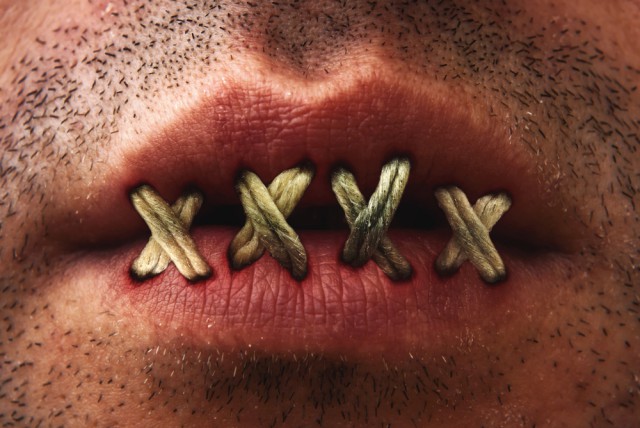 In the UK, policies that restrict the flow of information across the Internet are generally met with outcry and consternation for contradicting our fundamental right of free speech, but for many individuals widespread Internet censorship is the norm.

However, online censorship is much more pervasive than one might initially think, with Ethiopia, Russia and even the UK currently listed as Enemies of the Internet by the French non-governmental group Reporters without Borders (RWB).

The most high-profile example remains of course China, which has monitored and regulated online use almost since the Internet's introduction in the country back in 1994. The Golden Shield Project, often referred to as the Great Firewall of China, was officially begun in 1998 and attempts to restrict the distribution of what it calls "sensitive" information.

Websites referring to Tibetan or Taiwan independence, the Tiananmen Square protests or freedom of speech, amongst other topics are all outlawed. Well-known Western sites such as Twitter, Facebook and YouTube are also banned. Despite the rise of domestic social media platforms like Sina Weibo and attempts to circumvent censorship via VPNs and proxy servers, China remains one of the most stringently censored countries in the world.

Another country influence by a Communist regime, North Korea's general level of secrecy may make its censorship programme less well-known, but in many ways it is even more authoritarian. All media is controlled by the government and estimations suggest that just four per cent of the population have Internet access.

Aside from high-ranking government officials, most citizens must use the national intranet Kwangmyong. Unsurprisingly, Kwangmyong is a heavily watered-down version of the World Wide Web, containing between 1,000 and 5,500 websites compared to a figure of more a billion than for the global Internet. As a result, the head of the Internet desk at RWB Julian Pain described North Korea as "by far the worst Internet black hole".

Aside from issues of political sensitivity, the Internet's free exchange of ideas can also place it at odds with countries that have a more strictly religious society.

In Saudi Arabia, for example, all Internet traffic first goes through a government run filter which, according to the country's Internet Services Unit, blocks all material of an "offensive or harmful nature to the society, and which violate the tenants of the Islamic religion or societal norms". In reality this often means any sites of a pornographic nature or which are supportive of LGBT rights, any found to be promoting Shia ideology, and any that are critical of the national government.

Interestingly, the government encourages the Saudi people to be complicit in the censorship programme by asking them to actively report immoral pages to the government's website. Other Middle Eastern nations known to implement at least some form of online censorship include Syria, Iran, Bahrain and the United Arab Emirates.

While large scale censorship programmes may be restricted to a few high-profile countries, many nations have blocked or threatened to block popular websites in isolation. Social media is often targeted due to the way it encourages discussion and the transfer of information. In the past year for example, Pakistan, Iran, Eritrea, Turkey and Vietnam, alongside China and North Korea, have all blocked Twitter, Facebook or YouTube.

However, while Western nations generally allow their citizens to freely browse social networks and the majority of other sites, it is easy to forget that many of these countries have experienced some form of online censorship in recent times. For example, both the United Kingdom and the US were listed as "Enemies of the Internet" by RWB in 2014, with the former dubbed the "world champion of surveillance".

The UK's use of a web filter known as Cleanfeed to block child pornography is surely beyond criticism, but over the last couple of years the UK government has taken steps to increase its control over the World Wide Web. Since 2011, UK ISPs have been ordered to block websites that infringe upon copyright laws such as file sharing site the Pirate Bay.

However, it is Prime Minister David Cameron's controversial decision to enforce a filter on pornography as well as abusive material such as violent and suicide-related content, that has drawn the most criticism. For many, censoring what content an individual can privately access is a slippery slope to more proactive Internet control.

Worryingly, Cameron looks set to continue on this path, telling the Australian parliament in November that "we must not allow the Internet to be an ungoverned space", if the threat of religious extremism is to be thwarted. With British citizens continuing to join the extremist group Islamic State in Iraq, a government-backed decision to place further limits on this kind of narrative is not entirely unfeasible.

It is clear that Internet censorship is not an issue restricted to China, the Middle East or even countries that unashamedly place limits upon freedom of speech. When Wikipedia founder Jimmy Wales questioned whether the West was losing its "moral leadership" regarding online censorship, he hit upon a very pertinent point. It is the responsibility of every nation to appraise its barriers to free speech so that, not only the safety, but also the freedom of its citizens is ensured.