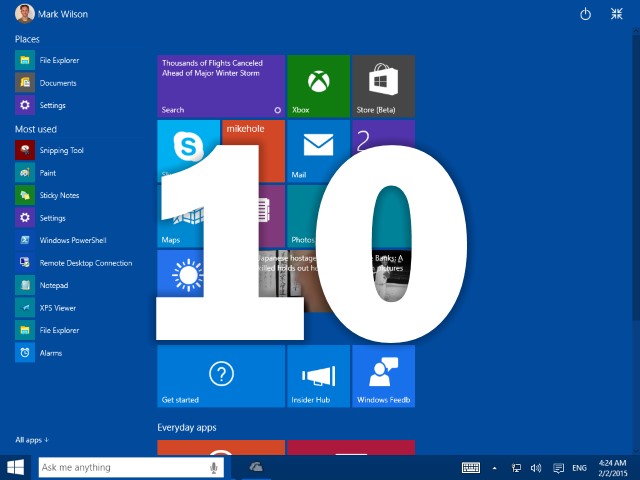 People don’t like change. Well, people don't like change for the sake of change -- if it ain't broke, don't fix it, and all that. But people also don’t like things to stay the same. People are fickle buggers, when you come to think of it, and this is one of the reasons Windows 8 proved to be such a disaster. Windows 10, on the other hand, is almost guaranteed to be a runaway success.

Uptake of the preview builds has already been impressive, but the ease with which it's going to be possible to make the upgrade -- be it from Windows 7 to Windows 10, or from a preview build to the RTM release -- is going to be key to the operating system's success. Why? As well as being fickle, people are suckers for 'easy'; Microsoft has made upgrading to Windows 10 RTM as easy as possible.

This is unique in the history of Windows, and the same upgrade model is set to continue when the RTM build of Windows 10 is ready. Add in the fact that the upgrade will be free and it's hard to imagine that most people won't make the jump. Many people who did make the move to Windows 8 (yes, there were a few) are ready to leave it behind -- if they haven't done so already -- and it's certainly time for Windows 7 users to look to the future.

But there is still the obstacle of the upgrade process to take care of. Microsoft has spent years pushing the importance of using Windows Update, so it makes perfect sense to use this as the delivery system for Windows 10. From a consumer's point of view it just makes things as easy as possible, eliminating the need to mess about with physical media and the update process for systems running Windows 7 is already being tested to help iron out problems. Keeping things simple is important for everyone involved, and coupled with the lack of a price tag, it's conceivable that many people will be tempted into upgrading to Windows 10 just to see what it's like -- there are so few obstacles standing in the way of an impulse upgrade.

With Windows 10, Microsoft has made two brave decisions. Making the operating system free for all but enterprise users is a surefire way to get people's attention, and delivering the upgrade through a tried and tested channel only serves to grease the wheels further.