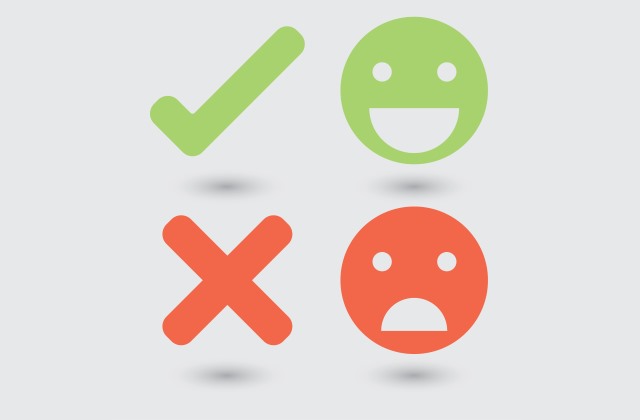 Privacy concerns about Windows 10 have existed since the moment the operating system was released. Endless virtual column inches have been spawned from fears about the telemetry features Microsoft employs, and a small cottage industry has sprung up creating tools that disable 'spying' features. But for all of the words that have been spilled, how much does the average user know -- or indeed care -- about privacy issues, data collection and the like?

There's one thing that just about everyone can agree on: Microsoft did a terrible job of communicating information about data collection in Windows 10. We also know that the mere existence of data collection features has irked a lot of people. Microsoft listened to enterprise users and made it possible to completely disable telemetry in Windows 10 Enterprise, but the same courtesy has not been extended to home users. Are you bothered by this?

Back at the end of September, Microsoft said: "Our enterprise feature updates later this year will enable enterprise customers the option to disable this telemetry, but we strongly recommend against this." This update is already out there in the enterprise version of Windows 10 build 1511, but there's no sign of the same happening for everyone else.

There's no denying that Windows 10 has been the most widely questioned version of Windows ever. In addition to the privacy issues, Microsoft failed to do a very good job of properly communicating pricing details for the operating system -- and even as the free upgrade period draws ever closer, it's still not entirely clear what, if anything, it will cost late-adopters. But it is privacy that has -- much to the company's chagrin -- been the thorn in Microsoft's side.

Post-Snowden, post-NSA, post-Assange, post-GCHQ ,we live in a highly suspicious age. Not all privacy fears are completely unfounded, but it seems that all too often those who question what is going on are shot down as conspiracy theorists. There's a slight irony to the fact that in these despite the concerns -- well-founded or otherwise -- Microsoft raises about privacy, it also keen to present itself as a transparent company.

Has it succeeded with being transparent when it comes to privacy and telemetry?

The endless debates about the rights and wrongs of what Windows 10 involves would certainly suggest not.

But what really matter is what users think. Users like you.

Has Microsoft done enough to let you know about what data is being collected from your computer and reported back as you use Windows 10? Have users been given enough control over their privacy? Why is there a difference between enterprise and non-enterprise telemetry, and does this concern you?

Privacy and telemetry is about trust, and Microsoft has said that there are two principles behind its approach to privacy:

The company has also tried to make it clear what is collected, and what is not:

Safety and Reliability Data -- We collect a limited amount of information to help us provide a secure and reliable experience.

Personalization Data -- We aspire to deliver a delightful and personalized Windows experience to you.

Advertising Data We Don't Collect -- No matter what privacy options you choose, neither Windows 10 nor any other Microsoft software scans the content of your email or other communications, or your files, in order to deliver targeted advertising to you.

Falling in to the 'making Windows 10 better' category are things like communication with Windows Update. In order to check what updates are installed and which are needed, information needs to be transmitted back to Microsoft. This is something that few people would take issue with, but there is more to it that that.

If you are concerned about privacy in Windows 10, Microsoft points out that there are settings you can change to take control of things. But do these settings go far enough for you? Would you like the ability to just completely opt out of everything in the same way that enterprise users can? Head to the Privacy section of Settings, and you'll find screen after screen of toggle switches that can be used to disable various options. How many people are likely to work through each of these, or even be aware that they might want to?

That's the point of this post: to gauge opinion, to find out how much people think they know, and to see if you feel Microsoft needs to be even more open about what's going on.

* I'll be a little preemptive: before the question is raised about why Apple, Google et al are not being put under the same scrutiny. This is about Microsoft specifically, not tech companies in general. Google and Apple have already been scrutinized and criticized, and they will be again. For now, we're talking about Microsoft -- not because it's an easy target, or there's any sort of vendetta, but just... because...